Since 2015, Jones Snowboards has donated a portion of our annual 1% For The Planet donation to the Costa Rican non-profit Association Community Carbon Trees (ACCT). ACCT is a rainforest reforestation organization that fights climate change by reforesting clear cut swaths of former farm land. Planting and protecting trees is truly one of the most important steps toward fighting global warming as forests pull carbon dioxide from the atmosphere and recycle it into oxygen.

Founded in 2009, ACCT has been very successful in their reforestation efforts thanks to a unique reforestation model based on offering fair pay employment to locals for planting and maintaining the new forests. ACCT founder Jennifer Leigh Smith estimates they have planted over 21,000 trees on 68 different project sites throughout their first decade.

In celebration of the 50th anniversary of Earth Day and ACCT’s 10th anniversary we caught up with Jennifer to learn more about ACCT and the biggest successes and challenges of their first ten years. Known by the nickname, ’Tree Jenny’, we are thrilled to share this conversation with Jennifer. She’s a true climate champion who’s passion for building community by planting trees and fighting climate change knows no bounds. 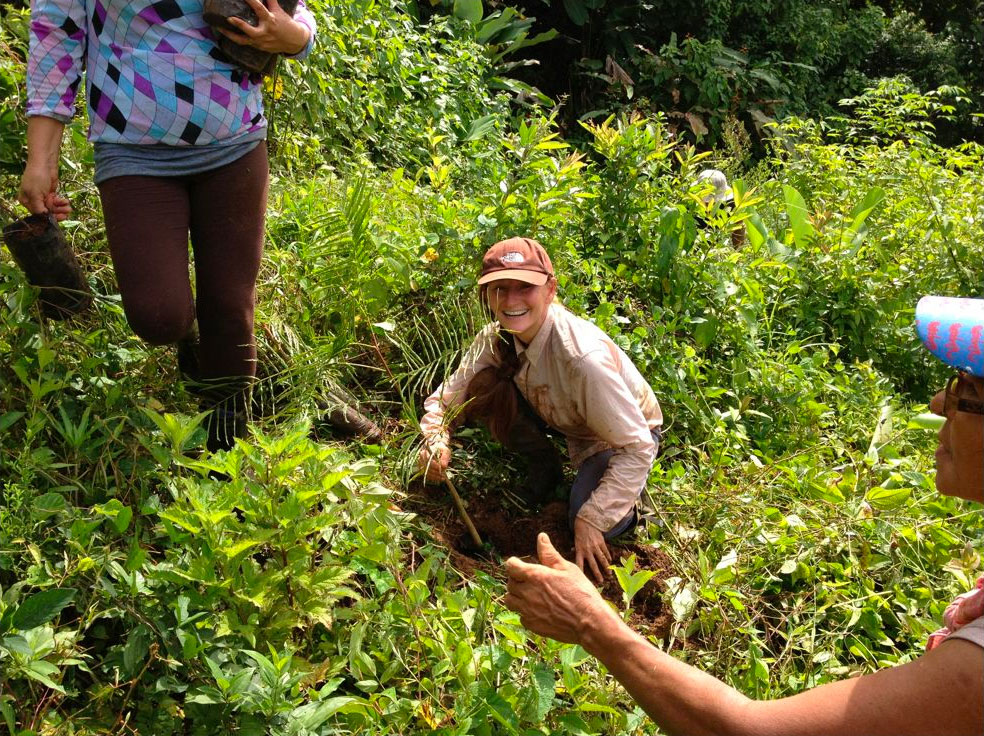 When you founded ACCT in 2009 what was your goal for the non-profit?

Our goal in founding Community Carbon Trees was to solve the poverty crisis that causes deforestation while simultaneously growing new rainforest in as many communities as possible, including communities in other equatorial countries. We do this by providing long term fair pay jobs growing trees that are alternatives to cutting down trees for money or cattle farming or real estate development. The men and women working with us don’t just plant trees, they get paid to take care of every tree they plant for 6 years. 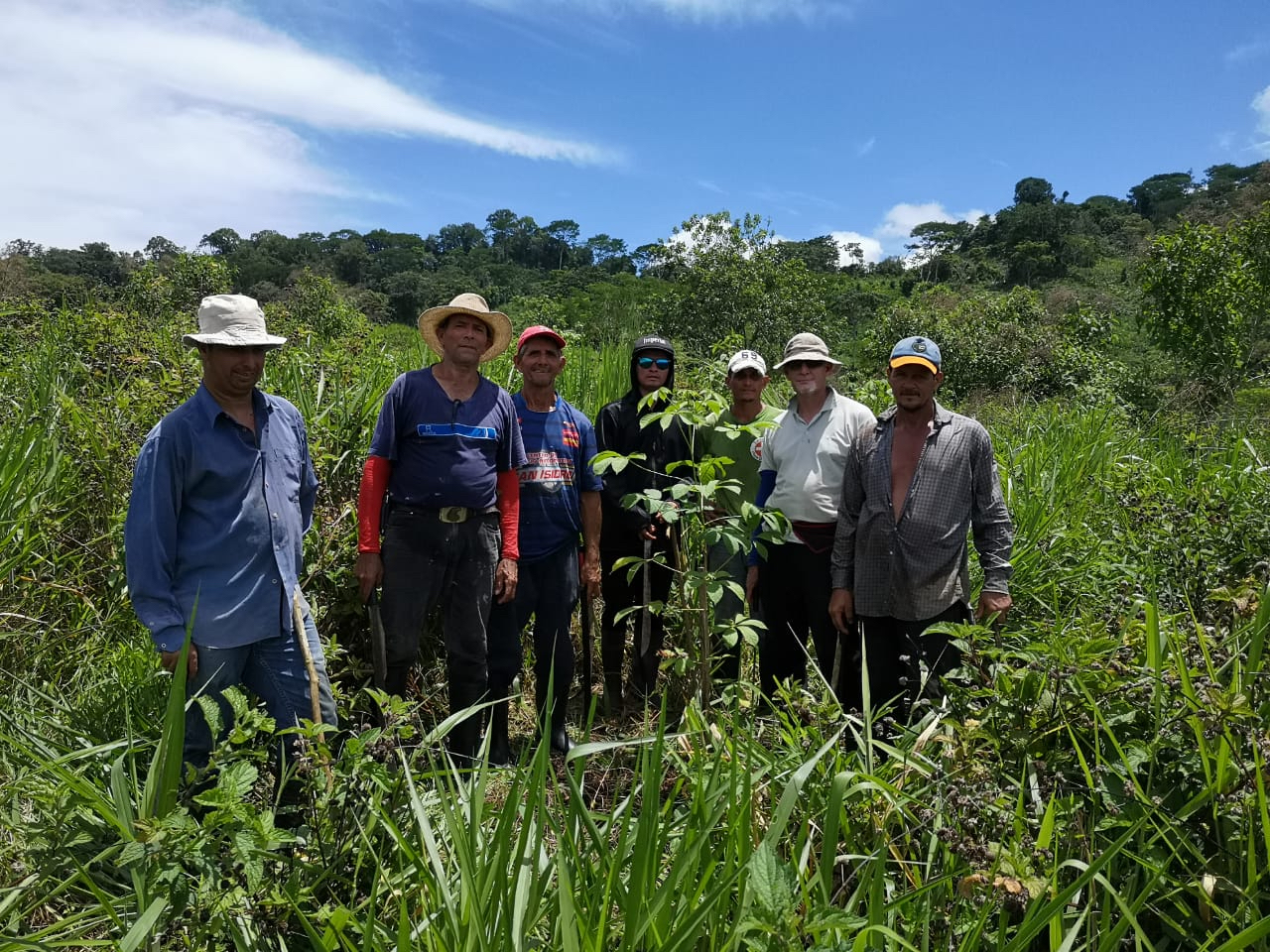 How many jobs has ACCT created over the ten years?

We have employed over 100 different Costa Rican men and women in the last ten years. Right now we have seven people working full time in our tree nurseries and over 30 people working part time planting and maintaining trees during the rainy season. We are also particularly proud of our promotion of women’s employment. We developed a fertile soil brigade where women make organic compost in their own homes. Our organization then buys the sacks of soil from these women to use in our three community tree nurseries and sell to the public. Creating job opportunities for women working in our tree nurseries has also been highly beneficial for the education of local youth. Women talk about the trees more at the dinner table and that respect for the forest rubs off on their children. This finding was also seen in a social impact study conducted by the United Nations in 2013. 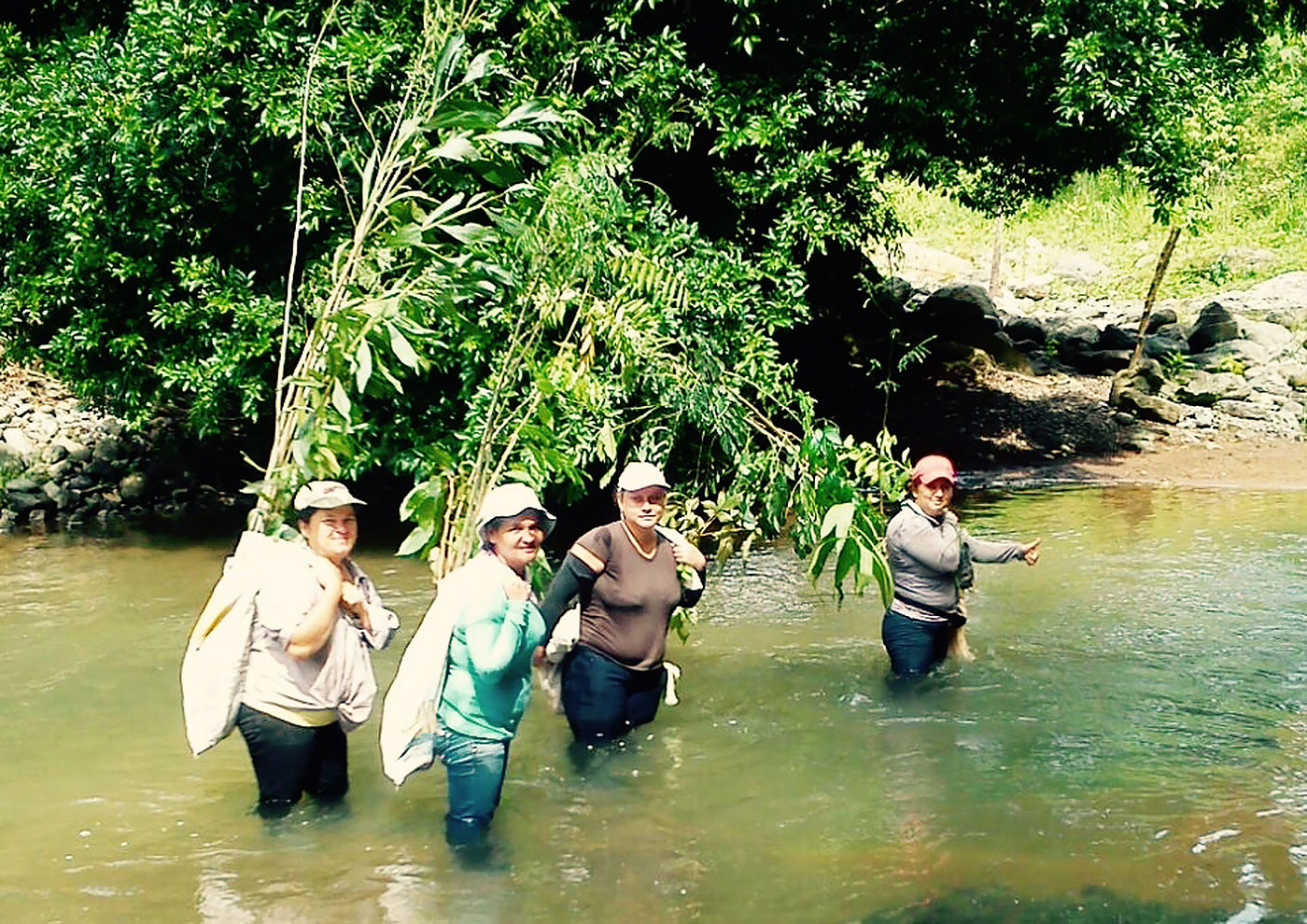 How many reforestation sites has ACCT worked on in ten years?

ACCT is currently working with 68 farm owners in Costa Rica and ten families in Kenya. In ten years we’ve planted over 21,000 trees including 125 different native tree species. These trees have re-established rainforest and re-connected biological food corridors on over 740 acres of previously deforested land.

Tell us about ACCT’s work in Kenya, how did that come about?

We’re incredibly excited about our budding collaboration with the Maasai clans in Kenya, Africa. The leader of the Maasai Center For Regenerative Pastoralism asked for our help replicating our unique fair pay working model in Kenya to help fight desertification and animal habitat loss by planting trees. Since we began working with the Maasai in 2017 they have created a successful program and have already planted 1200 trees. 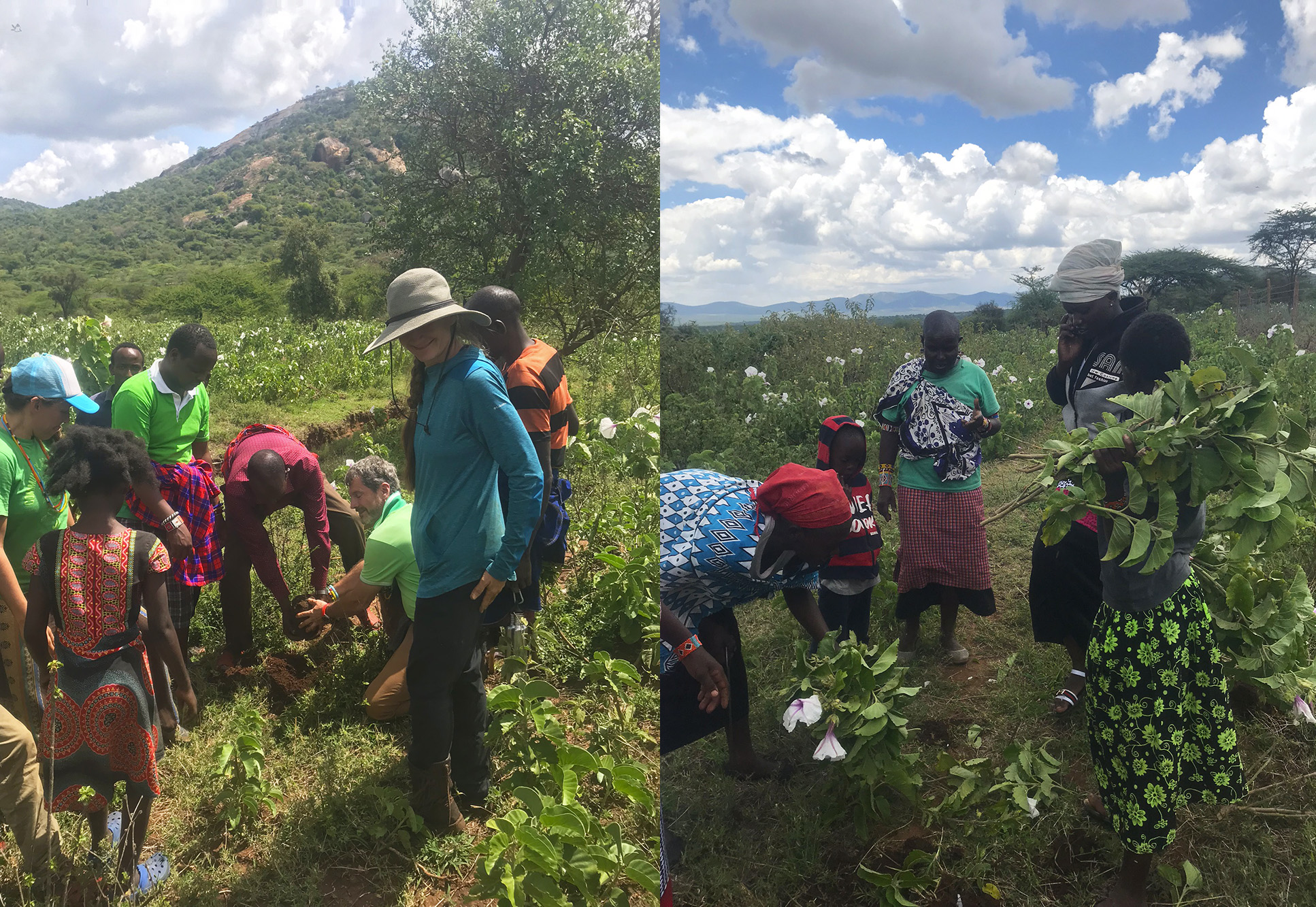 Have you seen a change in how farmers view their land because of your efforts?

It’s been incredibly fulfilling to see how the farmers we work with have changed their view on how to profit and protect their land. No one we work with is using herbicide and pesticide on their farms which is a huge success story, especially in Costa Rica where these chemicals are used liberally to clear land. They’ve also stopped slash and burn farming practices which is very destructive to the soil. Many farm families have learned about the value added business of their forests and have begun selling harvested fruit and forest products at local farmers markets. Our partner farms also collect seeds for us and participate in community activism to stop neighbors from cutting down more rainforest. We’ve noticed that communities begin to collaborate better on all levels once we begin work there. We foster that by teaching basic non-violent communication and self-management practices as a part of our introduction process when we begin working with a new community.

What reforestation project has ACCT focused Jones Snowboard’s support on?

For the past six years we’ve used your support to work on the Eco Chontales project. It’s become one of our most successful reforestation sites. The four Costa Rican brothers that own the land have created a beautiful eco-tourism destination that features one of the most beautiful and clean waterfalls in the country. This land used to be dead and barren with pesticides and cow manure running into the river. We planted 9000 trees on this former farm and the land has changed into a garden of eden with trees already fruiting and rare species like pumas and monkeys returning. We’ve absolutely grown a new rainforest here and we’re so proud of it. This 2020 planting season we have plans to add another 2500 trees at the location.

What has been your biggest challenge in growing ACCT and expanding your reach?

Our biggest challenge has been educating potential supporters about why planting trees along the equator is so important and why the local people must get paid long term to do the work of growing the trees. It is hard for us to compete with the green washing, publicity driven rainforest organizations that offer to plant a tree for as little as $1. If you are planting a tree for $1 you are asking the local people to work for free and you are not maintaining the tree until it is mature and actually capable of sequestering Co2. We know for a fact that it takes many years of follow-up labor to successfully grow a tree in the tropics. Not enough people understand that so they donate to organizations that promise really big tree planting numbers because it makes them feel good about how many trees were planted with their donation.

What is your goal for ACCT in the next ten years

Between my work with ACCT and previous private reforestation work I estimate i’ve helped grow almost 600,000 trees in the last 20 years. By joining efforts with other reforestation organizations and private clients I hope ACCT can help me grow another 400,000 trees in the next ten years, all while providing hundreds of new jobs for local communities. That’s why they call me ‘Tree Jenny’, it’s my personal goal to grow one million trees! We have a lot of work and fundraising to do to reach that milestone, but it’s realistic if we can encourage some bigger donations from corporations in coming years. 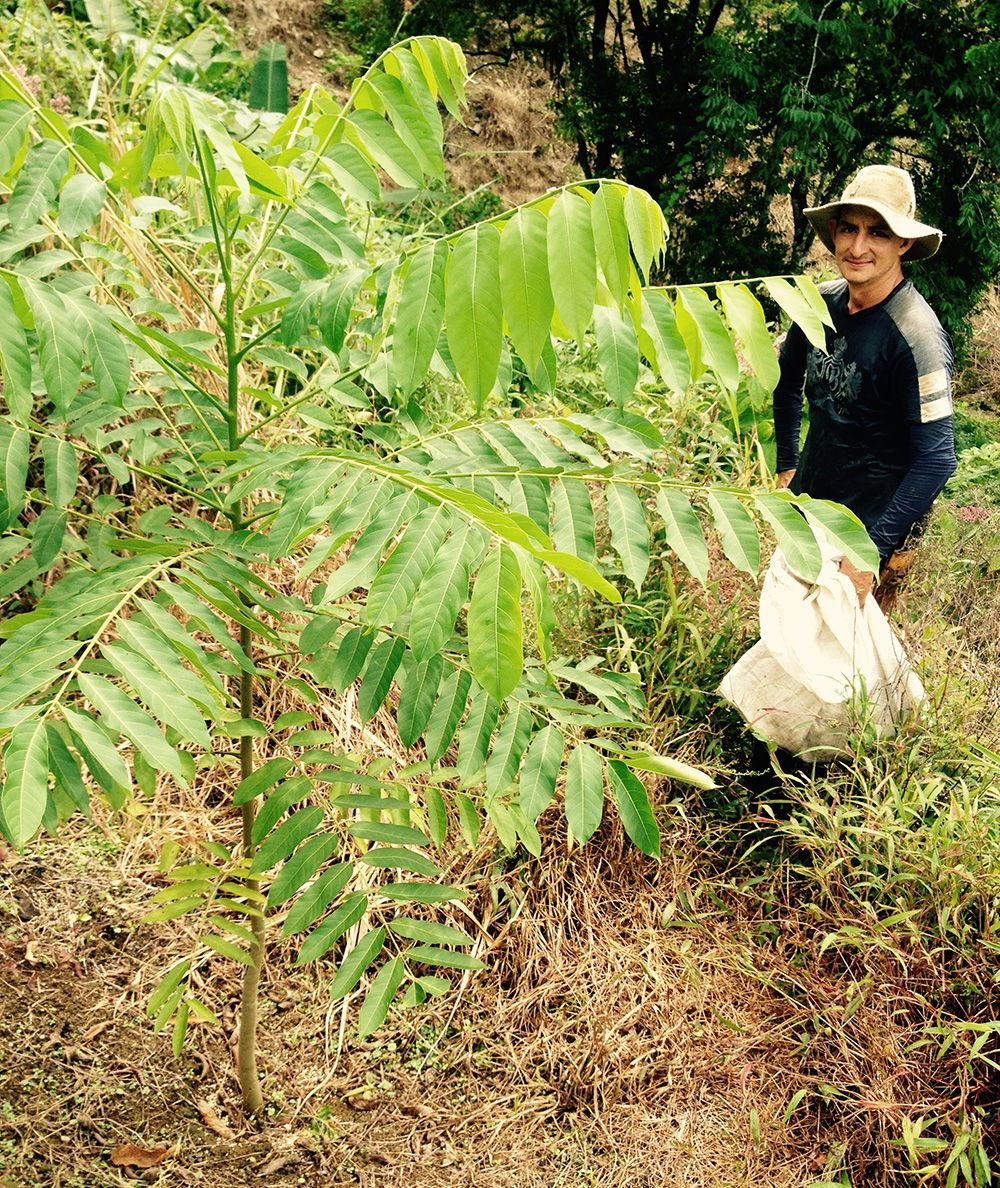 How can people get involved with ACCT and support your work?

We’re always accepting donations, but beyond that, we’re also quite excited about our Tree Ambassador volunteer program. We believe there are a lot of people who care about giving back to the planet, but just aren’t sure where or how to give back. Our Tree Ambassador program offers people the opportunity to use their voices, art, businesses, networks and time to help us get the message out about ACCT and why planting trees is so important to fighting climate change. We share the fun of being a rainforest activist with our Tree Ambassadors in exchange for their help in marketing our program. We are grass roots all the way and we grow person-to-person, one tree at a time!

Learn more about ACCT and apply to be a Tree Ambassador at: