Ten years at the forefront of freeriding Since 2010, the Flagship has defined freeride performance as one of the most confidence inspiring snowboards on the planet. Refining the Flagship design year after year, it has also come to define our commitment to producing the most sustainable snowboards possible. From recycled edges and sidewalls, to a flax topsheet and basalt stringers, the Flagship has continually set our standard for high performance environmentally conscious snowboard design. What we call ‘Eco-Performance’. 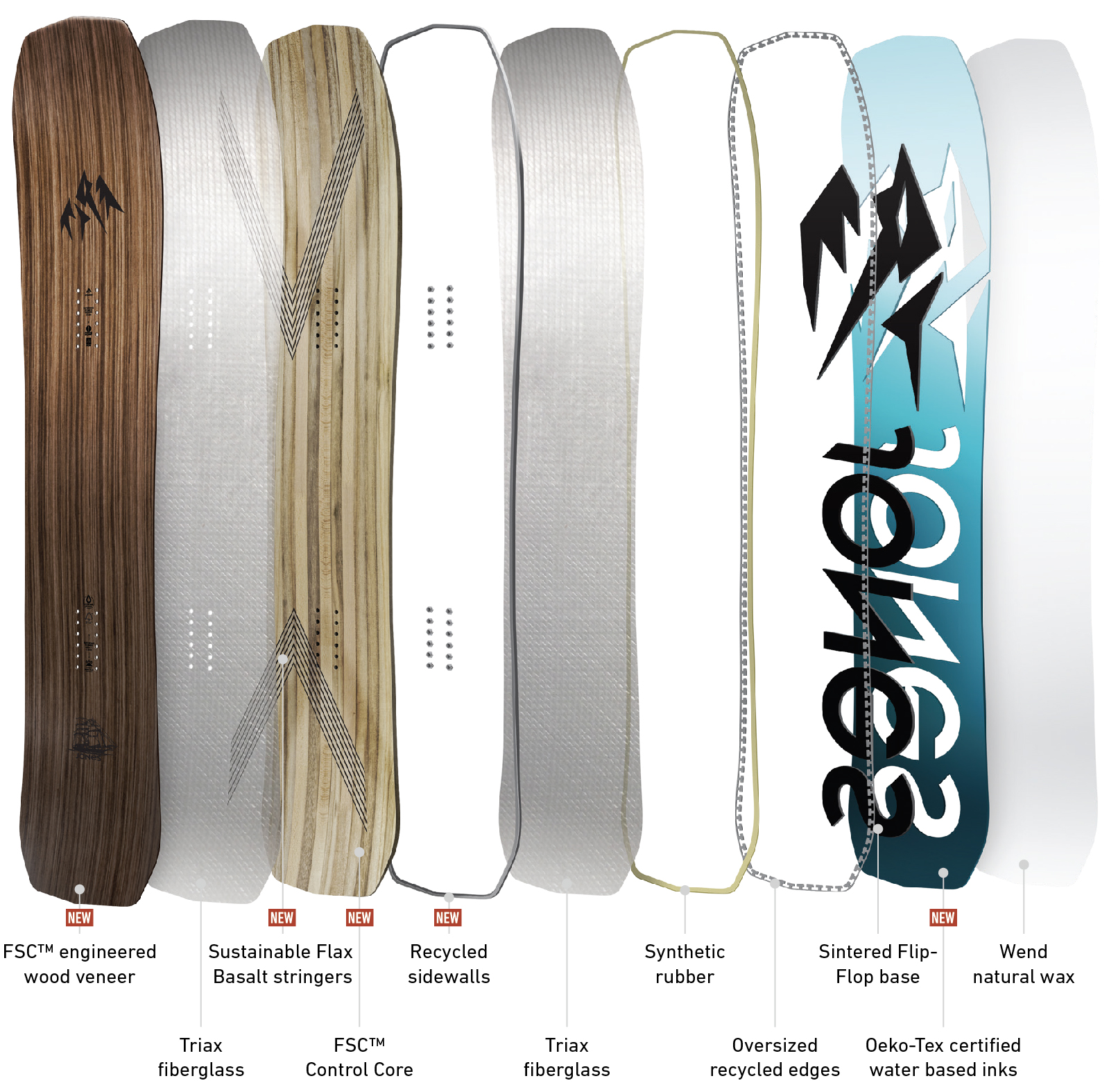 After three years of development, the 2019/20 Flagship raises the Eco-Performance bar yet again. The Flagship now features a FSC wood core, FSC engineered wood topsheet, flax/basalt stringers, recycled edges + sidewalls, base graphics printed with water based inks and it is molded with Super Sap Bio-Resin, a plant based epoxy instead of standard petroleum-based epoxy. The new Flagship is truly the most sustainable snowboard we have ever made. 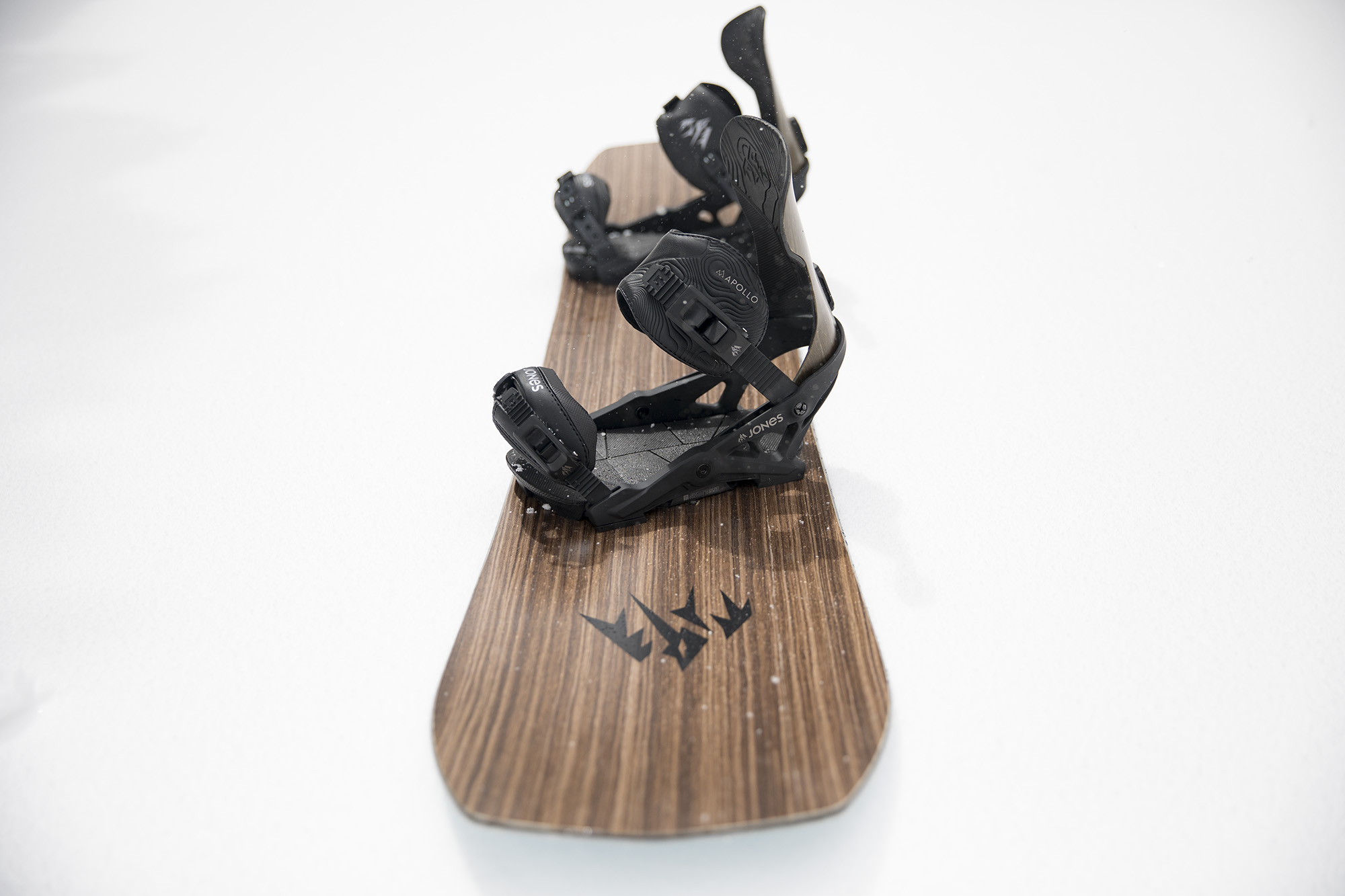 But just because it’s green, the new Flagship is no less mean. We’ve completely redesigned the Flagship’s shape for better turn performance. The new shape has a blunt nose, 12mm of taper from nose to tail and a refined 3D Contour Base 3.0 base design. The tapered shape sinks the tail in pow for better float and the 3D Contour Base 3.0 lets you rock the board edge-to-edge for smoother turns. On hard snow the directional rocker profile + Traction Tech 3.0 deliver epic edge grip and the FSC Control Core and Flax/Basalt Power Stringers add torsional response and reduce board chatter in rough terrain. Just like it’s predecessors, the new Flagship carves, stomps or straight lines with unbelievable precision.

"Changing the Flagship was daunting thought because it is my go to board when it comes to full tilt, high consequence snowboarding. The DNA of this board dates back to the 90’s. There have been a few big steps taken along the way, rocker & traction tech, but in general the improvements have been very microscopic. Three years ago I wanted to play around with some new concepts for the Flagship. There was no pressure to change it or timeline on the project. When testing it is important to only change one thing at a time. This is why it has taken so long. Some of the concepts I tested didn’t work out. The biggest changes are increased taper and the nose shape. We moved the wide point back and smoothed out the transition of the nose curve into the sidecut. When it was all said and done there were over 40 prototypes spanning three years. It is the most comprehensive testing I have ever done for a board. The Flagship is what the company was built around. To do anything less would be a disservice the Flagship faithful." - Jeremy Jones 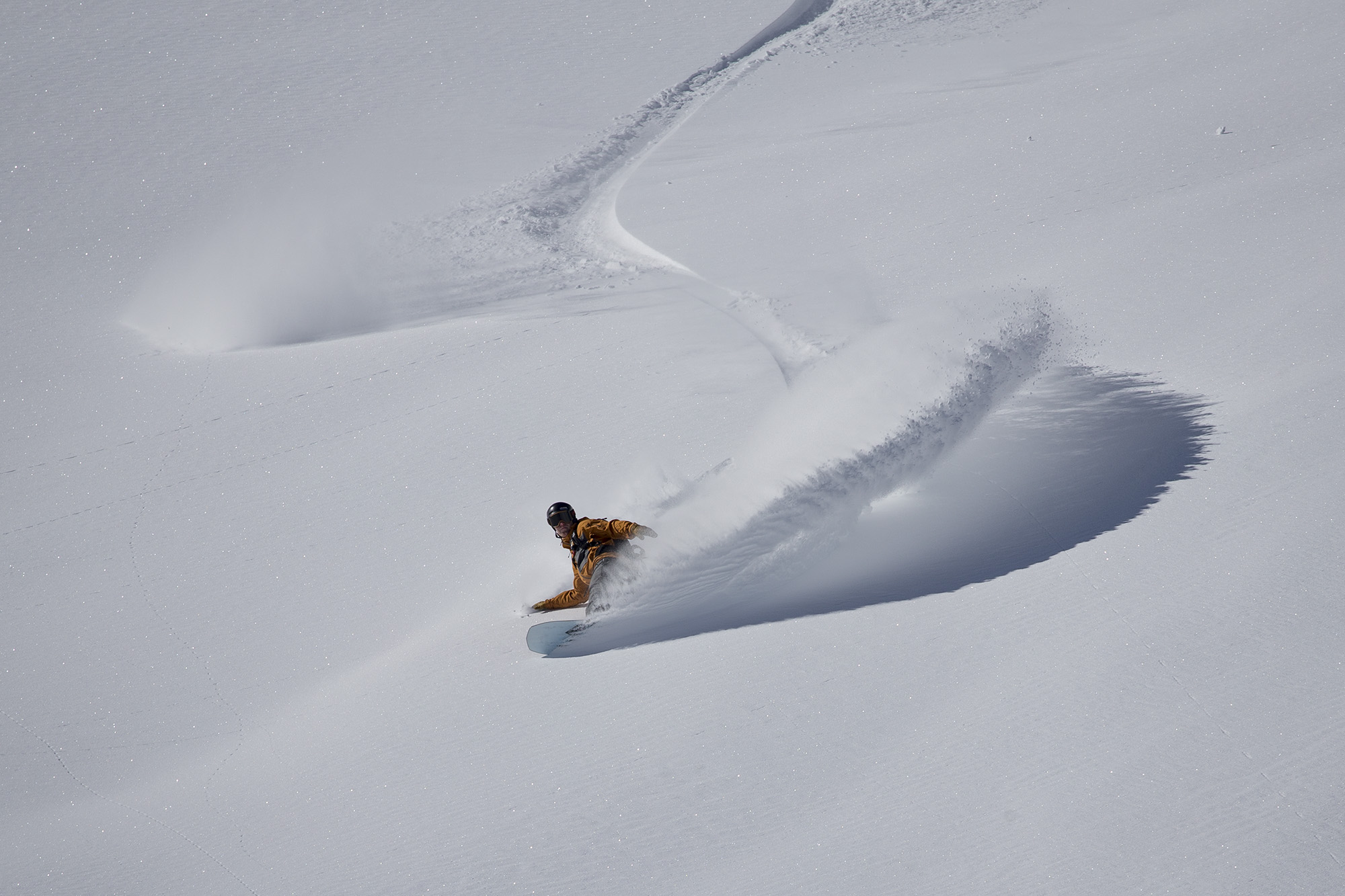 Harry Kearney lights up the slope leaning into the spoon shaped tip and tail of the 3D Contour Base 3.0.

All ten Flagship models have featured a wood veneer topsheet. The FSC Engineered Wood Veneer topsheet on the 19/20 Flagship is made with wood that has been sustainably harvested and processed in accordance with regulations set by the Forest Stewardship Council, an international non-profit that protects forests. Wood topsheets eliminate the need for a plastic topsheet or solvent varnish, two of the least sustainable materials used in snowboard production. 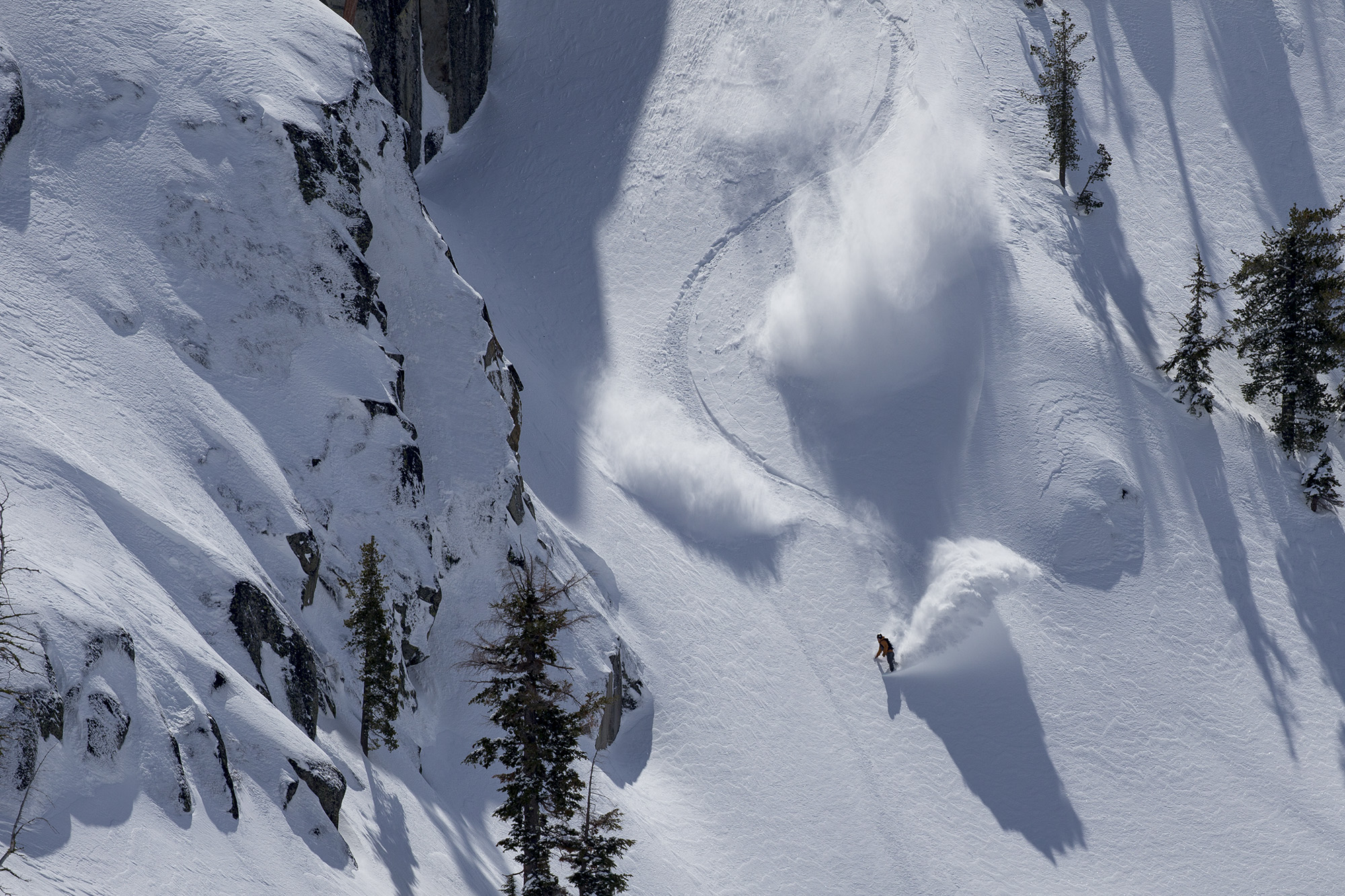 Harry Kearney arcs down a steep slope feeling the float and stability of the directional rocker profile and Traction Tech 3.0.

Carbon Flagship The Carbon Flagship was also redesigned for 2020 with a new shape, wood core and base material. It remains a seriously stiff, competition-ready freeride board built to crush steep terrain at top speed and the new tapered shape sinks the tail in pow for better float + quicker turns. The updated FSC Power Core and Traction Tech 3.0 edges offer insane torsional response and the new Ultra Base is the fastest base we’ve ever tested. The Ultra Base comes factory waxed with multiple wax types for better glide in variable snow temperatures. 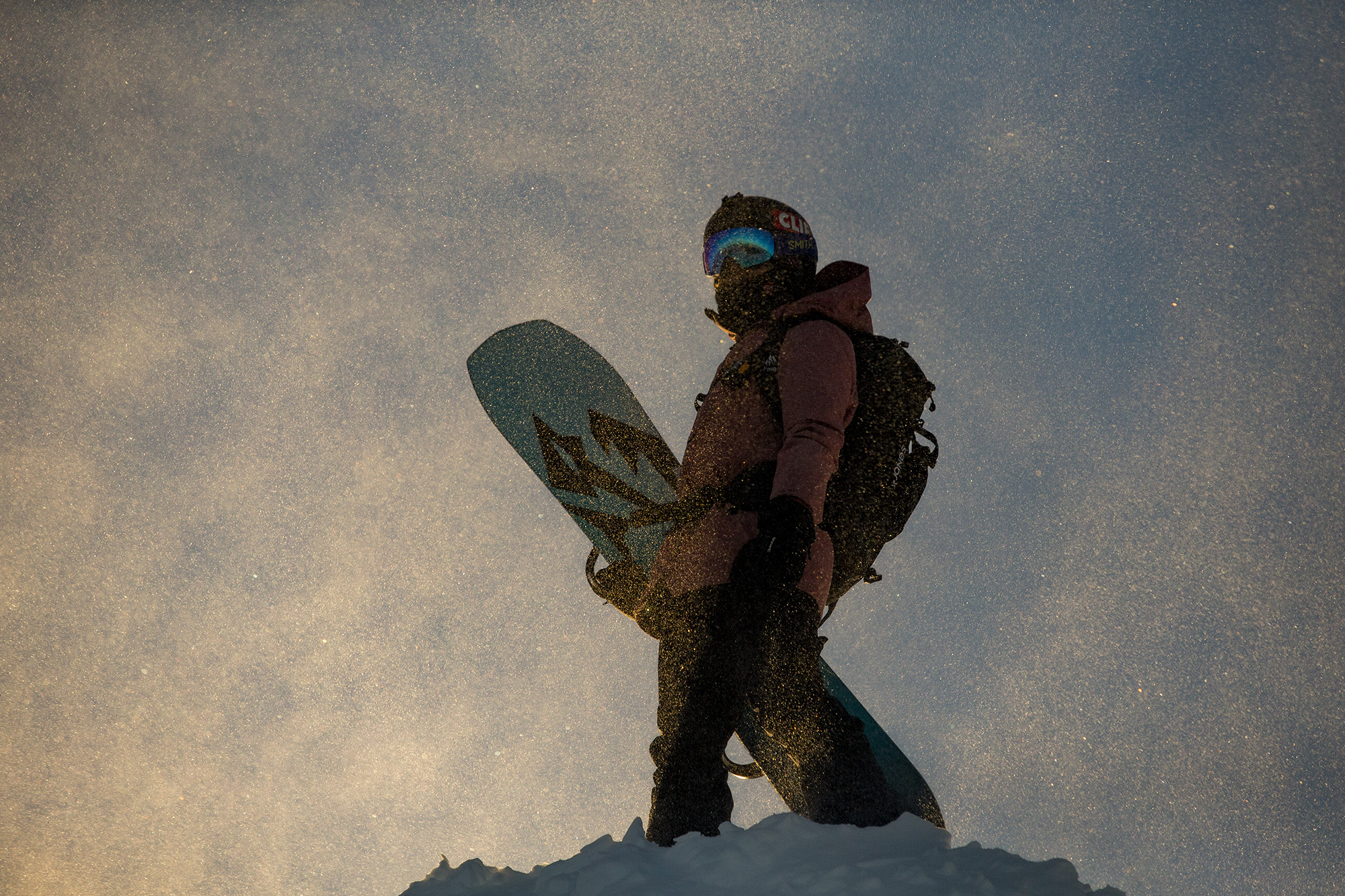 The nimble and powerful new shape of the Women’s Flagship gives Elena Hight the confidence she needs for her most daring freeride lines.

“I’ve fallen in love with the Flagship! No better board for riding fast and charging lines in steep terrain. The Flagship will improve your freeriding.” - Elena Hight 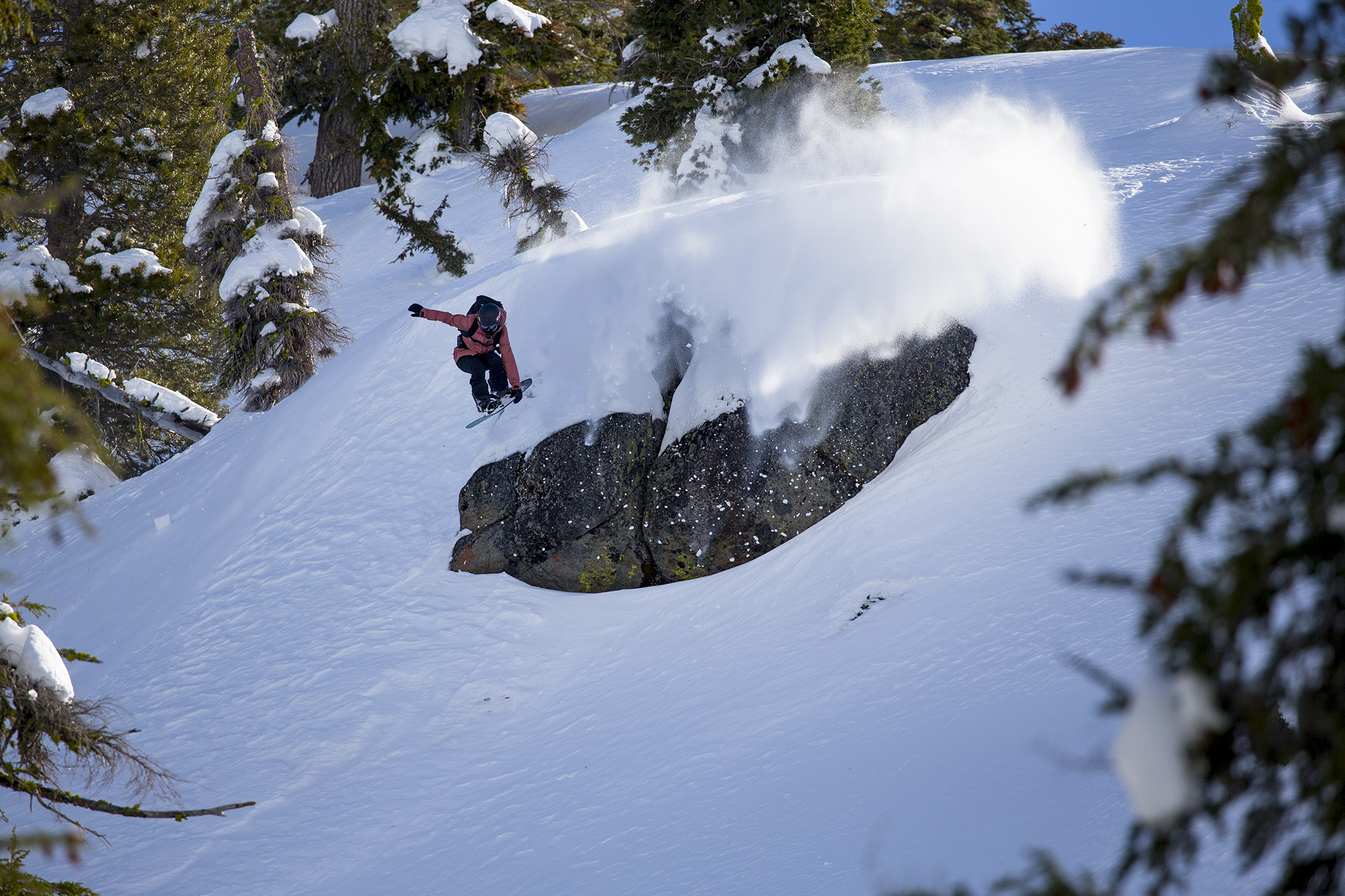 Elena Hight has been crushing on the new Women’s Flagship. Look out for her upcoming signature freeride film project with Teton Gravity Research in 2020.