Chile is one of the few places in the world where world class snowboarding and surfing zones are only a stone’s throw away from each other. With waves nearly crashing into the mountains it’s the perfect setup for an avid surfer snowboarder and it’s made Chile a welcome summer pilgrimage for me over the years. I journey south of the equator with my eyes set on both the stunning peaks of the Andes and the rugged breaks on the Chilean coast. When conditions line up just right you can ride spine lines and get barrelled in the same week. 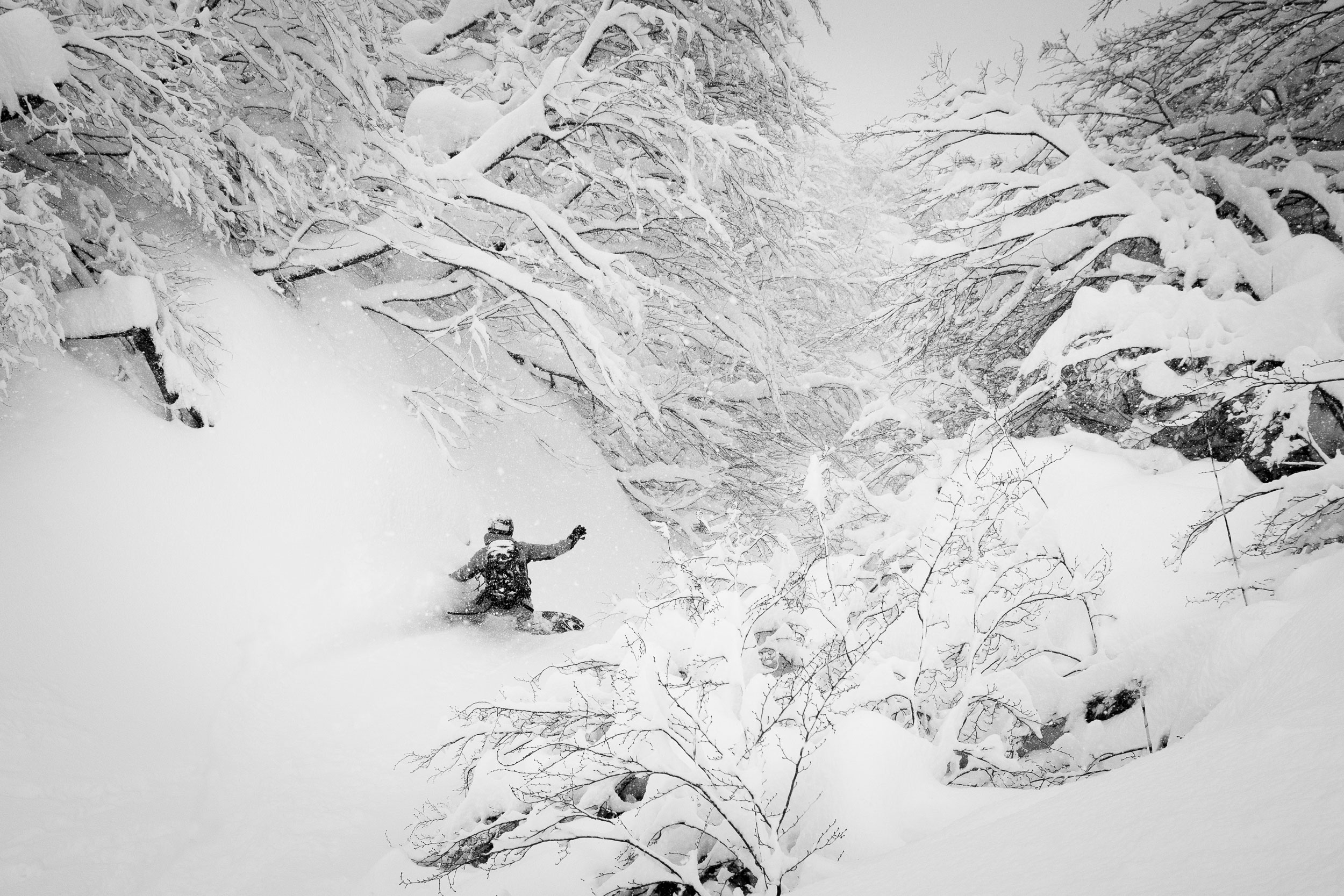 Jeremy Jones about to enter the powder portal.

Stretching 2,700 miles along South America’s western edge, Chile is the longest country in the world. Spanning only 110 miles wide, it’s also a very narrow country. The Andes run along Chile’s entire length and form a geographical barrier and political border setting Chile apart from neighboring countries. Storms push straight off the ocean and slam into this wall of mountains creating storms of consequence. The Andes are known for some of the strongest winds on the planet. Conditions can be challenging to say the least. To score in the Andes you’ve got to be willing to wait it out with a tranquilo patient attitude and strike when the stars finally align. Timing is everything. 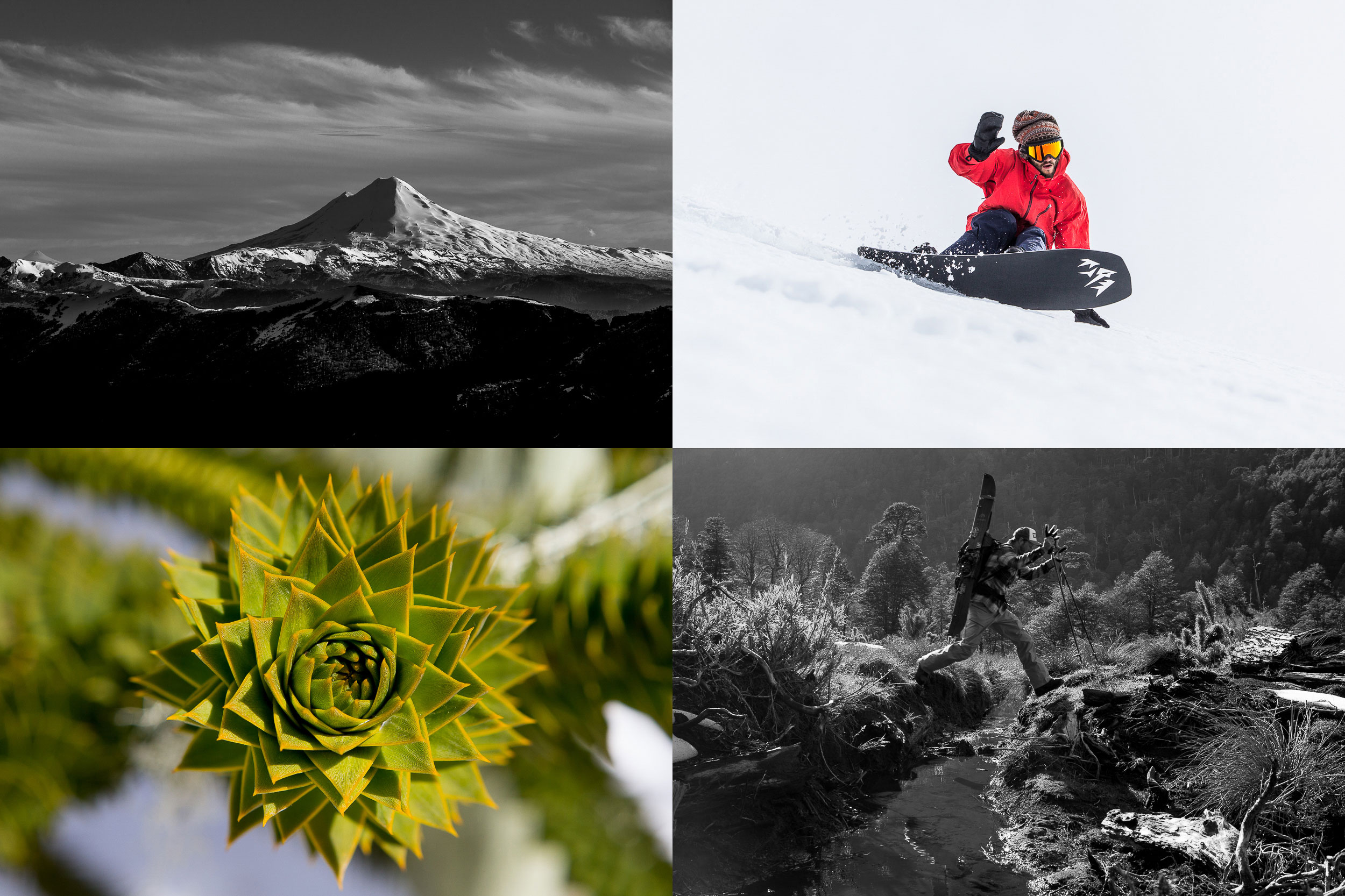 From the coast to the deserts to the steaming volcanoes, Chile is a land of untold natural beauty.

On this Chilean adventure I’m joined by Jeremy Jones, Nick Russell and Andrew Miller. We start the trip on the hunt for the best waves so we reach out to good friend and Chilean professional surfer Ramon Navarro. Ramon along with other local surfers and snowboarders help us tune into the local waves and mountains. Like the Mapuche, the Incas and generations before them, these locals are modern day surf/snow activists that have established a meaningful life deeply rooted in the land. They work to protect their land from development and the continued attempts of eager capitalists to exploit the land and sacrifice the environment for profit. 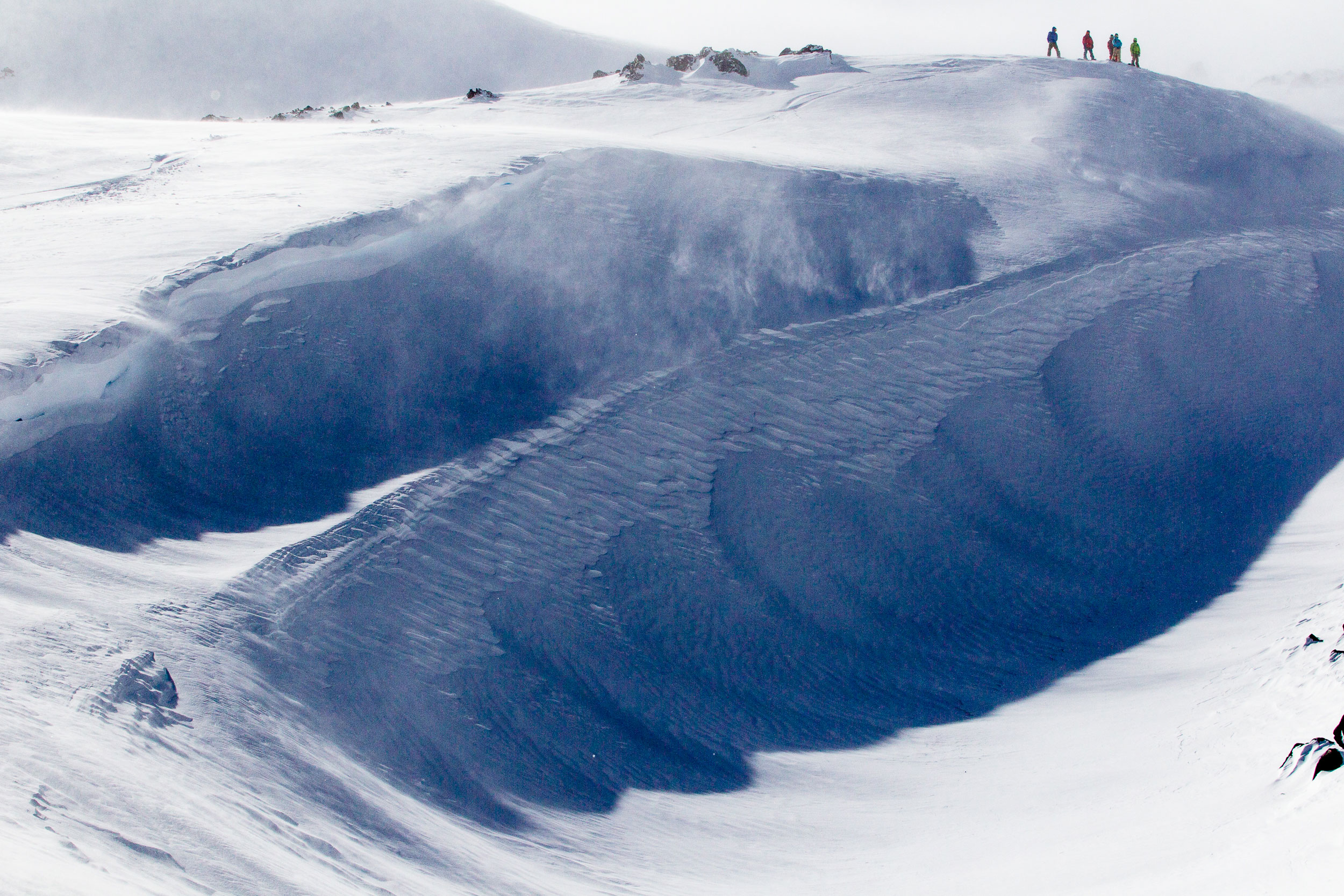 Most commonly known as the land of the lefts. It can be a totally different story on the mountain. The crew lined up and ready to surf this frozen right.

We leave Santiago in hilux pick-ups loaded down like horses. We pack our camping gear, surfboards, and snow gear and chase south with no destination yet set. We study the swell and snow conditions and follow the path of least resistance. As we soak in the landscapes and valleys that unfold along our path we see condors flying overhead and we listen to Los Jaivas and Victor Jara, folklore music inspired by the ancient cultures of the region. 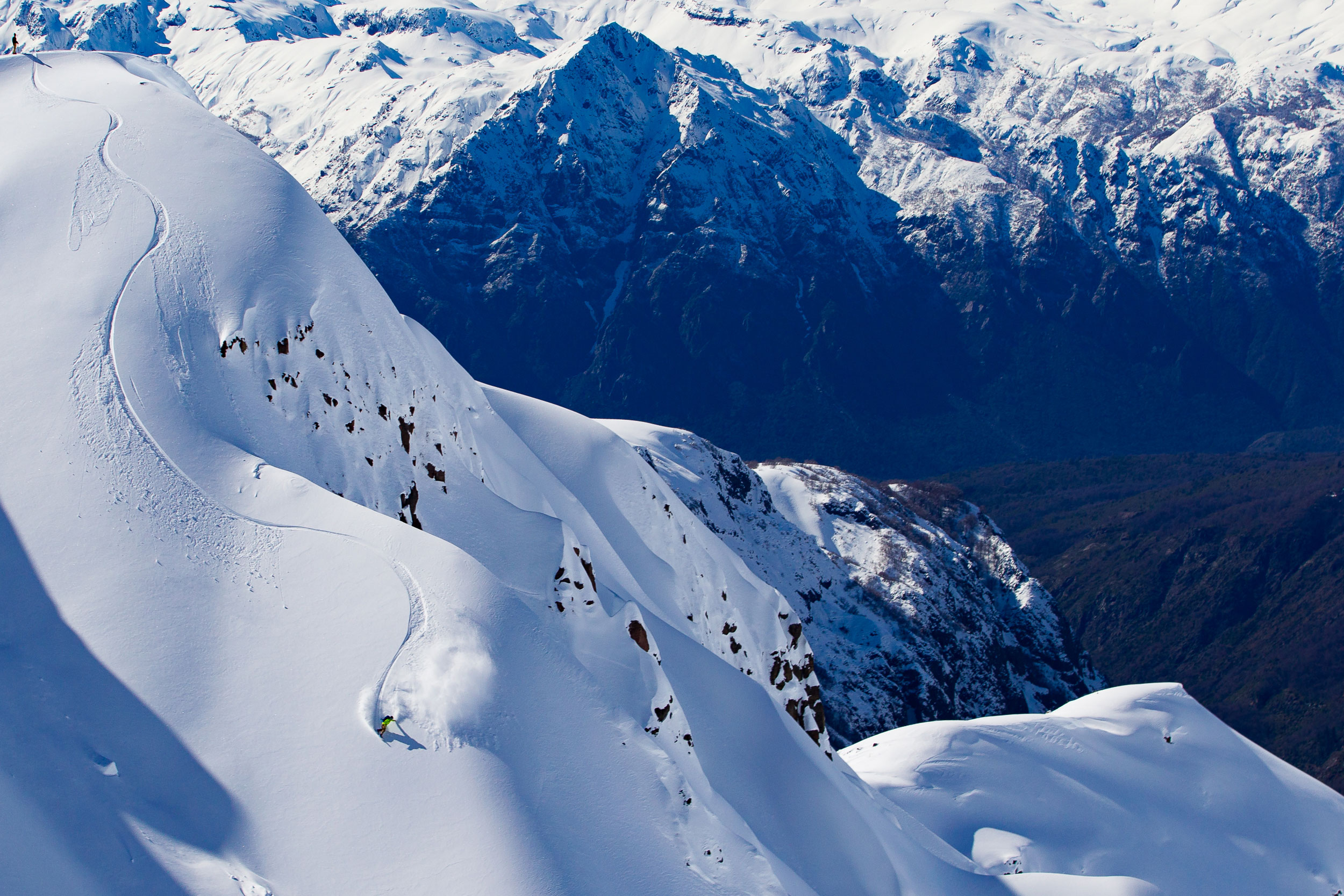 Forrest Shearer expanding his Horizon Lines in the Andes.

As we move south we are greeted by smaller cities, smaller resorts, less people and more culture. We eat amazing local food, but we also see the effects of Chile’s massive timber industry. Just inland from the ocean, the natural vegetation changes quickly to non-native pines and eucalyptus, the wood that’s harvested for the pulp and paper mills that wreak havoc on the local environment. 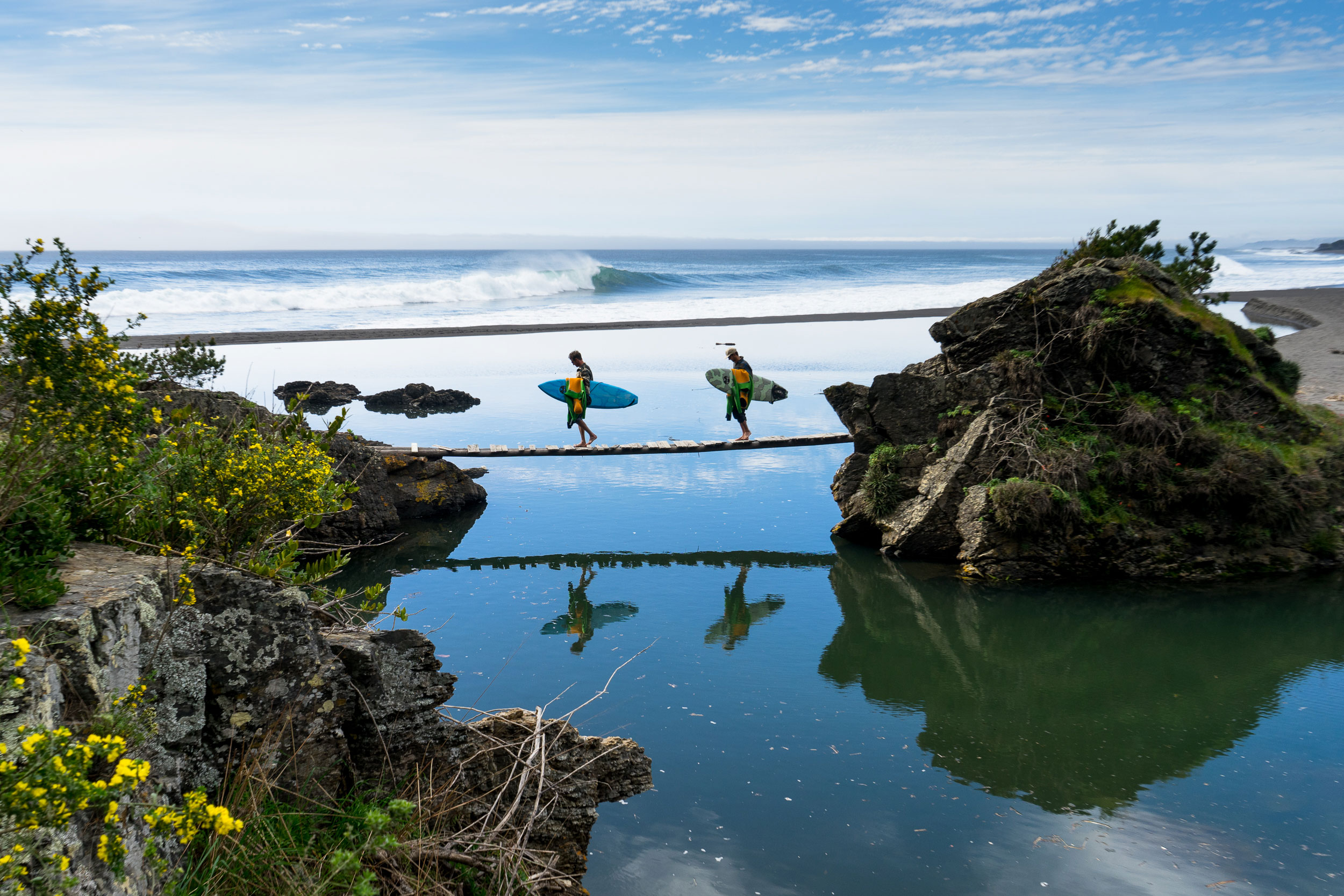 In typical Chile explorado style when the snow goes bad and forecast looks dismal a mandatory coastal recharge is always in order. After a long stint in the mountains, the ocean is a welcoming sight.

After a few days on the coast we continue south in search of snow. Only a couple hours drive from the ocean we enter Volcano country. Towering island-like peaks now surround us for as far as the eye can see. Touring on the Volcanoes we are greeted by the Araucaria trees. A relic of the dinosaur age, Araucaria are some of the oldest trees on the planet. Their branches spread out from the top of their thick trunks in a wide crown, like pre-historic palm tree. They look friendly at first, but when you get close their sharp, spikey branches inspire most creatures to keep their distance. In an area that sees some of the most serious weather on the planet the Araucaria have adapted to shun energy sapping visitors and focus on survival. 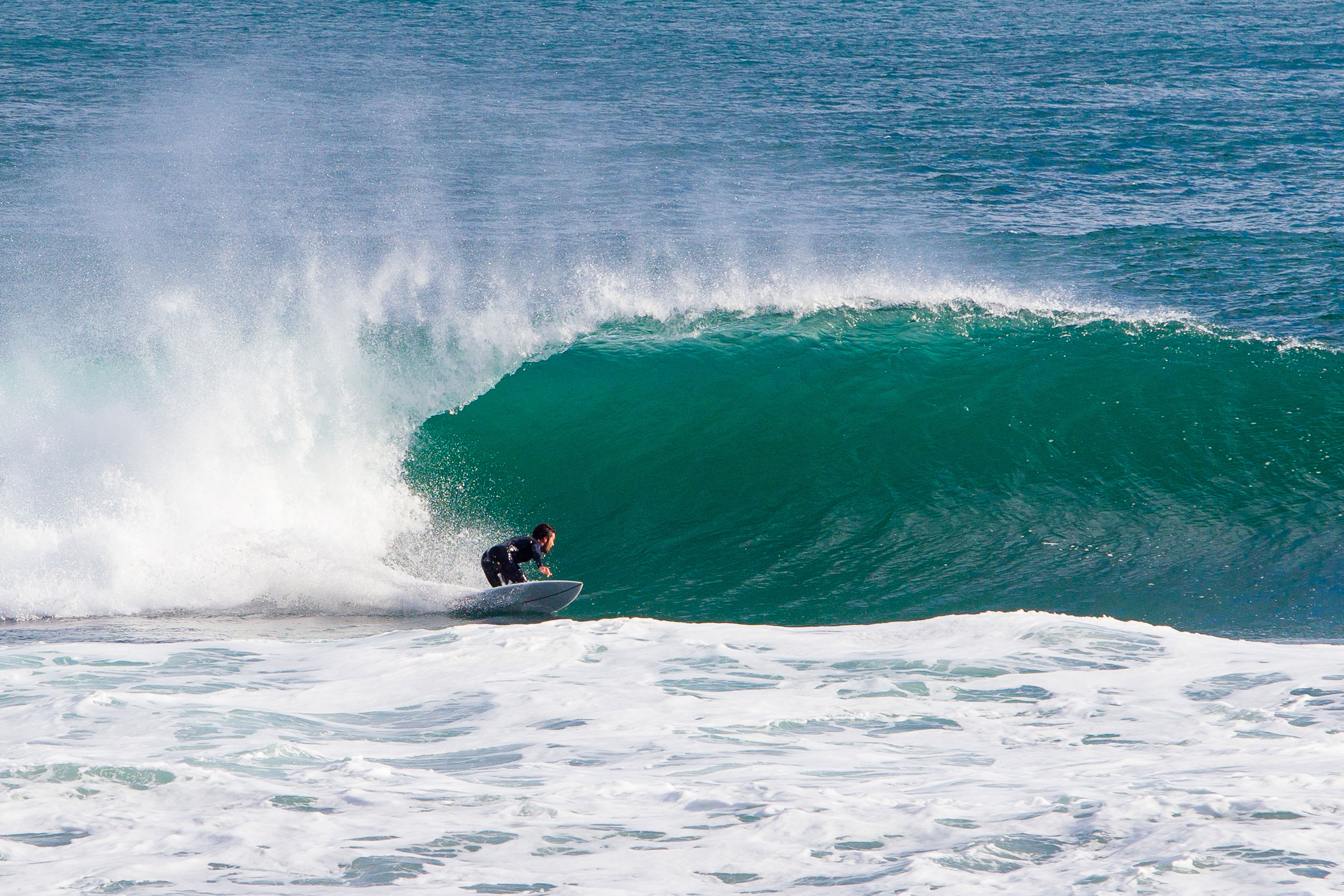 A empty pumping point break. This is a rare treat on its own but especially on a snowboard trip. Jeremy Jones taking full advantage.

It was like going back in time. Our tents perched atop an archipelago of rock and snow. Stretching out beyond the horizon is a lifetime worthy of riding objectives and pure wilderness. But there is no need to look too far for a drop in. Some of the most appealing terrain imaginable, sculpted spine lines sits waiting for us right at eye level from our perch. But is it to good to be true? No! It’s meant to be. Despite snowing upwards of four feet, avalanche danger is manageable. 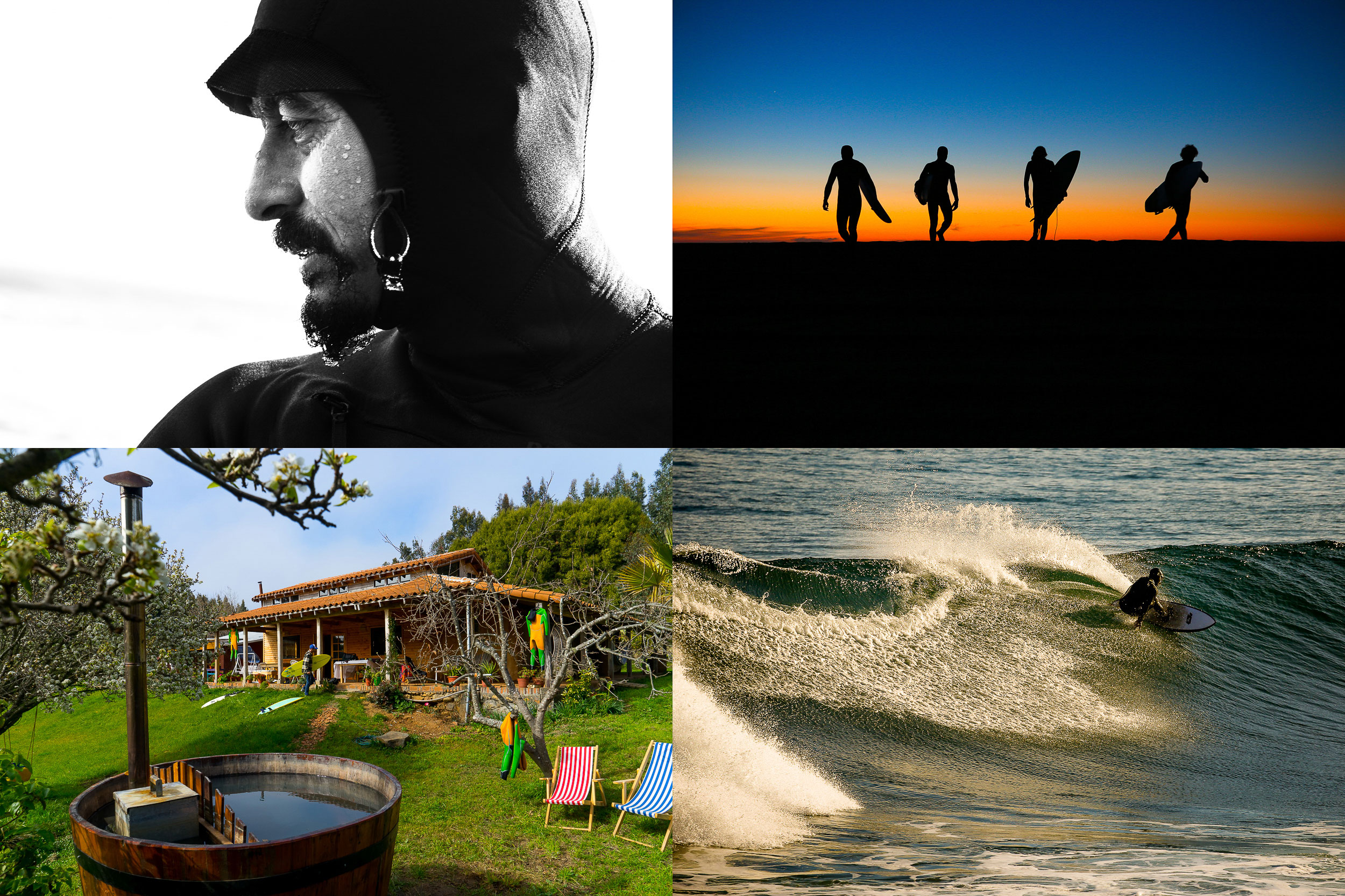 Nothing better than tapping into the local program. Long time friends Coco Puig & Ramon Navarro are always stoked to share a few waves with a bunch of snowboard gringos.

Strapping into my board I take a deep breath before pointing the nose and letting the natural forces of gravity take the lead. Coasting out the bottom of the line I reflect on the surreal conditions and what a special session the entire trip has been. We rode untouched spines in deep snow and scored pumping surf reeling down endless left point breaks. It’s what we all live for.

The stars aligned and I couldn’t be happier. 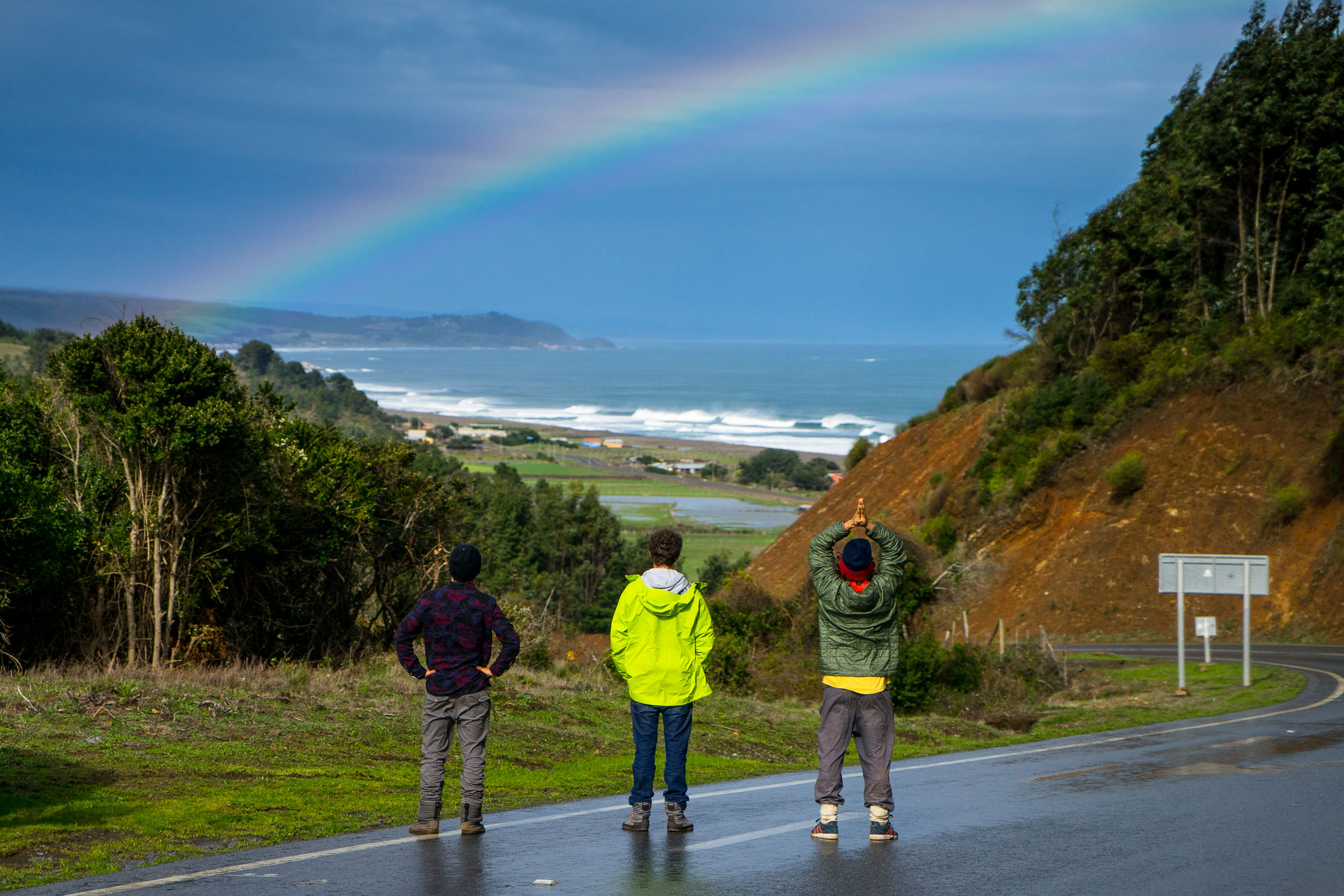 It’s always hard to leave to coast but once the arms are shot and the legs are rested the mountains were calling with plenty of new snow. 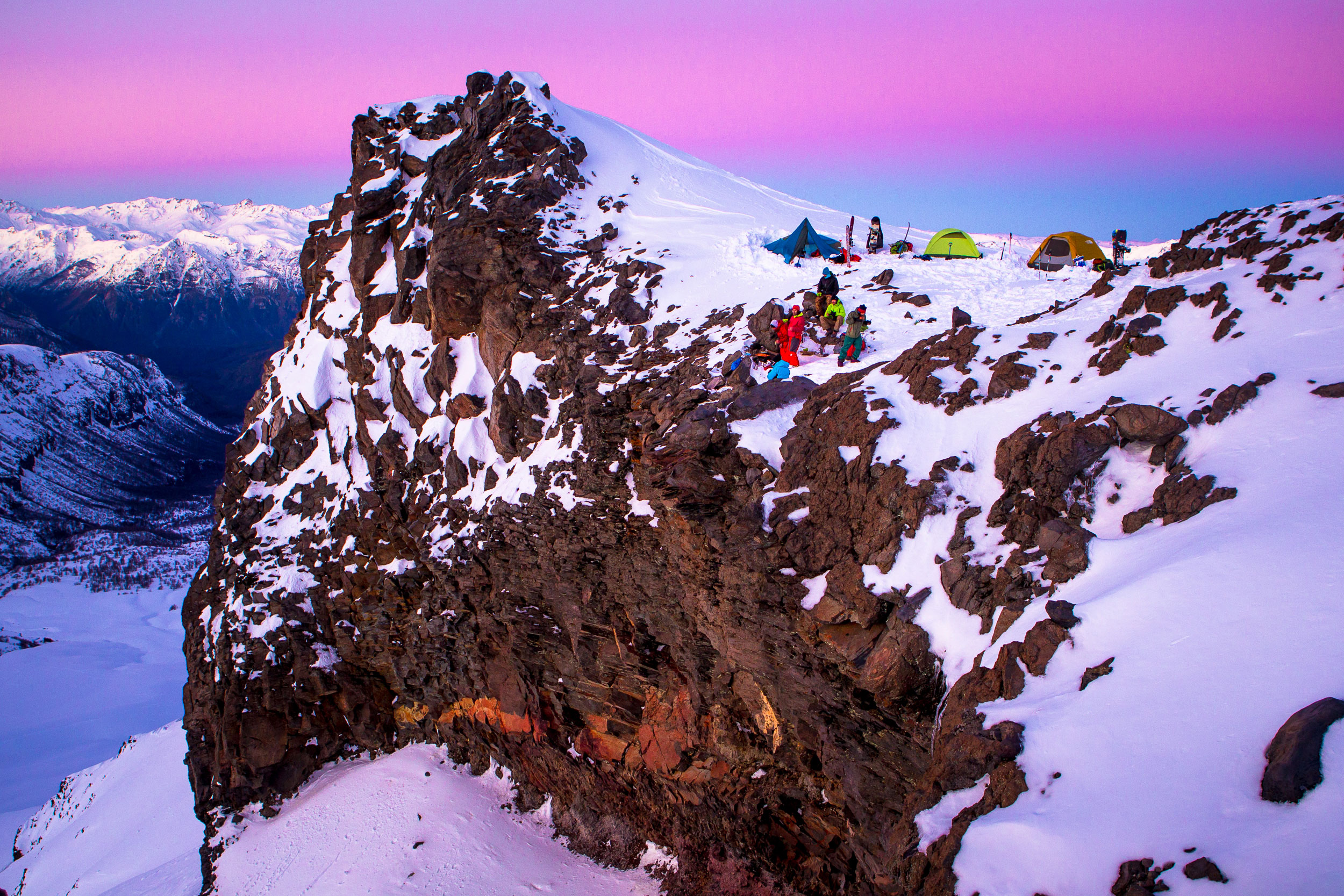 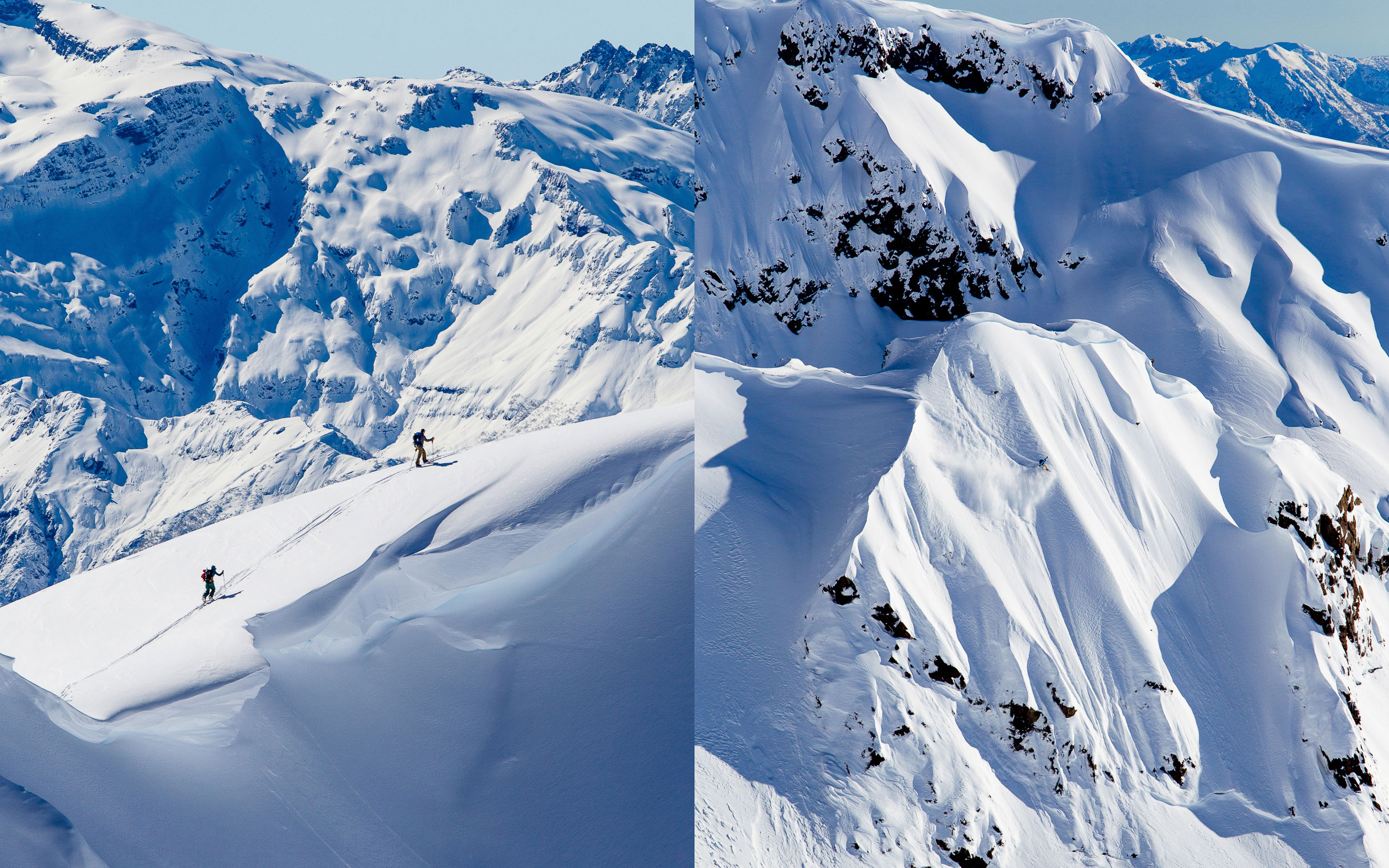 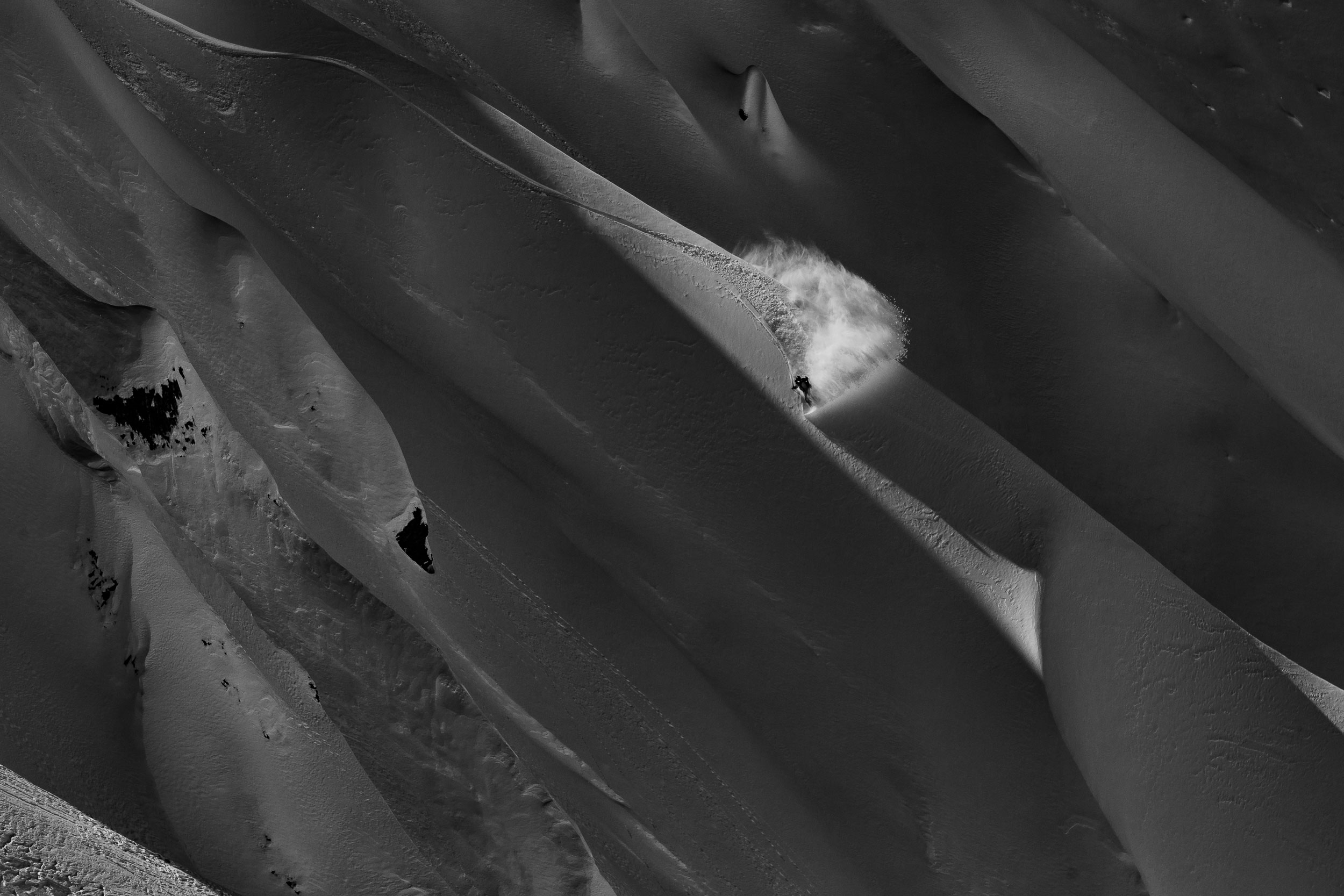 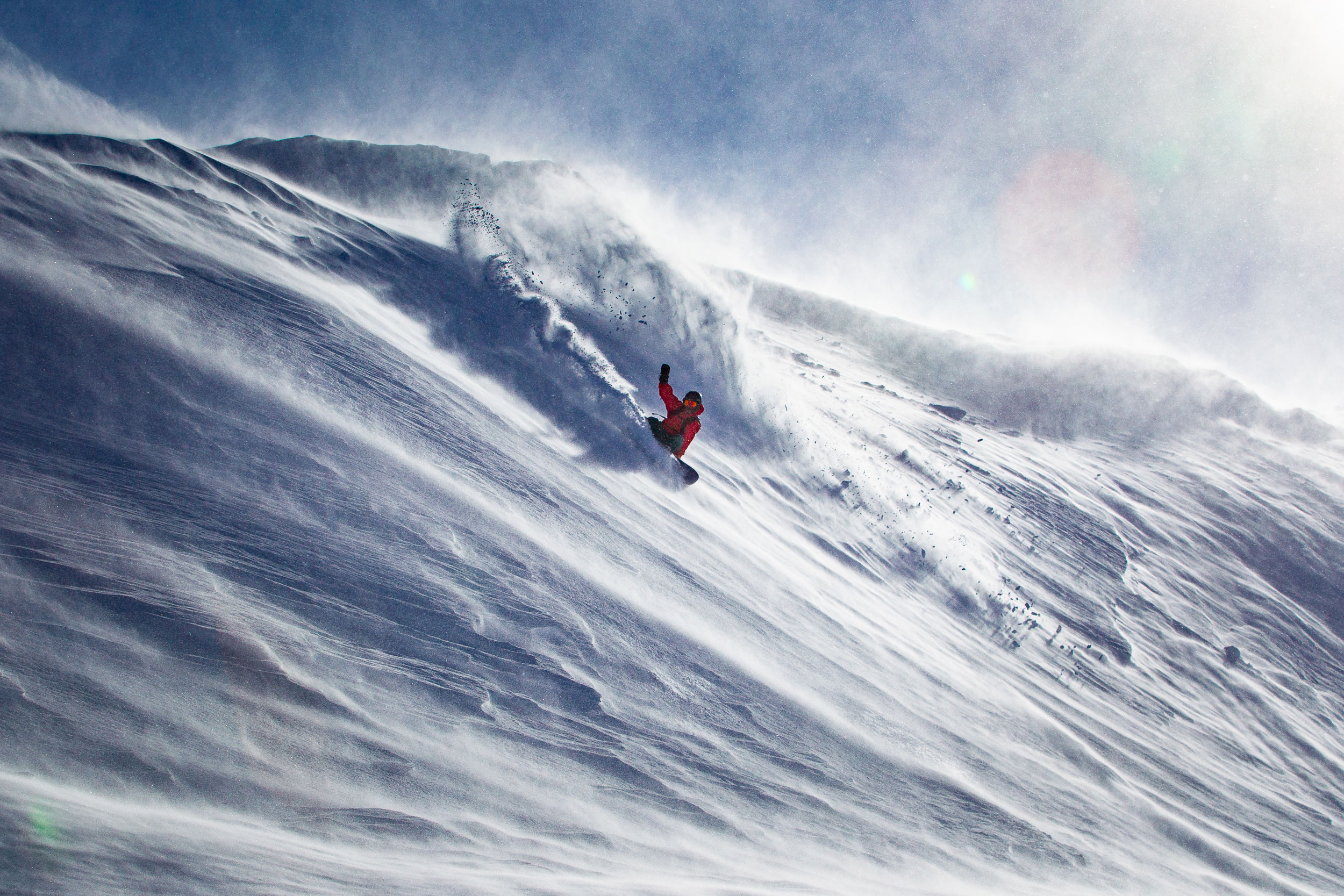 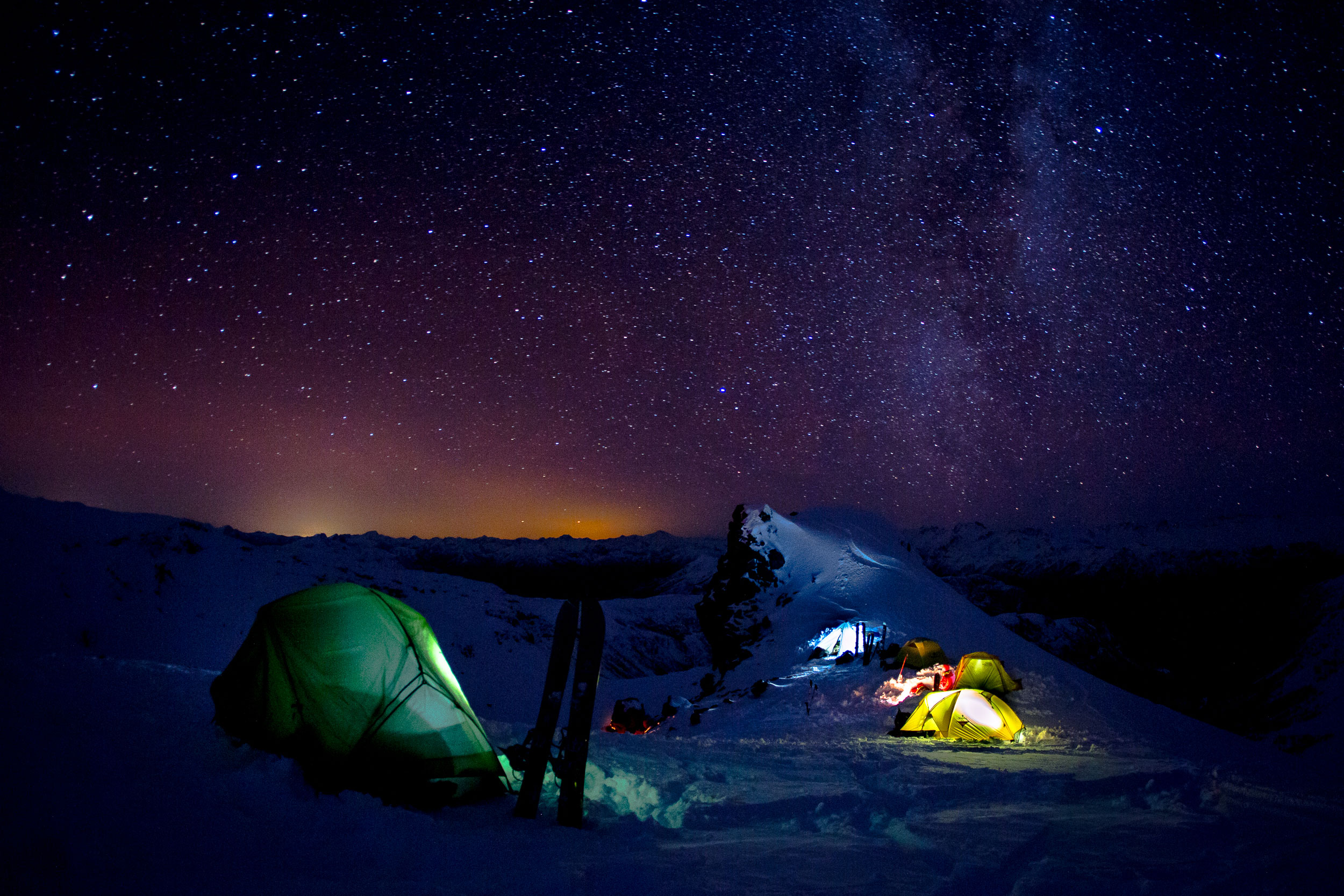