Welcome To The Team: Antti Autti
Meet The Team

Some people are just born to snowboard. Their talent on two edges transcends any one riding discipline and their motivation to shred oozes from every pore of their body.

Welcome to the team Antti Autti!

Few riders can claim an X-Games halfpipe gold medal, an Olympics finals qualification and a growing catalog of signature freeride films to their professional snowboard legacy. Finnish shred legend Antti Autti is 100% that guy! Antti has been riding for 25 years, and though he’s moved on from competition, he shows no signs of slowing down. Inspired by his splitboard and a passion for film making, Antti’s released several highly regarded short films in recent years and he’s got another upcoming film project in the works. Antti is also one of the co-founders of Arctic Weekend, a freeride festival in Rovaniemi, Finland.

We’re incredibly excited to start working with Antti. His talent on snow is only matched by his motivation to share his love for snowboarding in amazing and artistic ways. To kick off the partnership we caught up with him to find out more about his career, his new film project and why he’s stoked to be strapping into Jones boards. 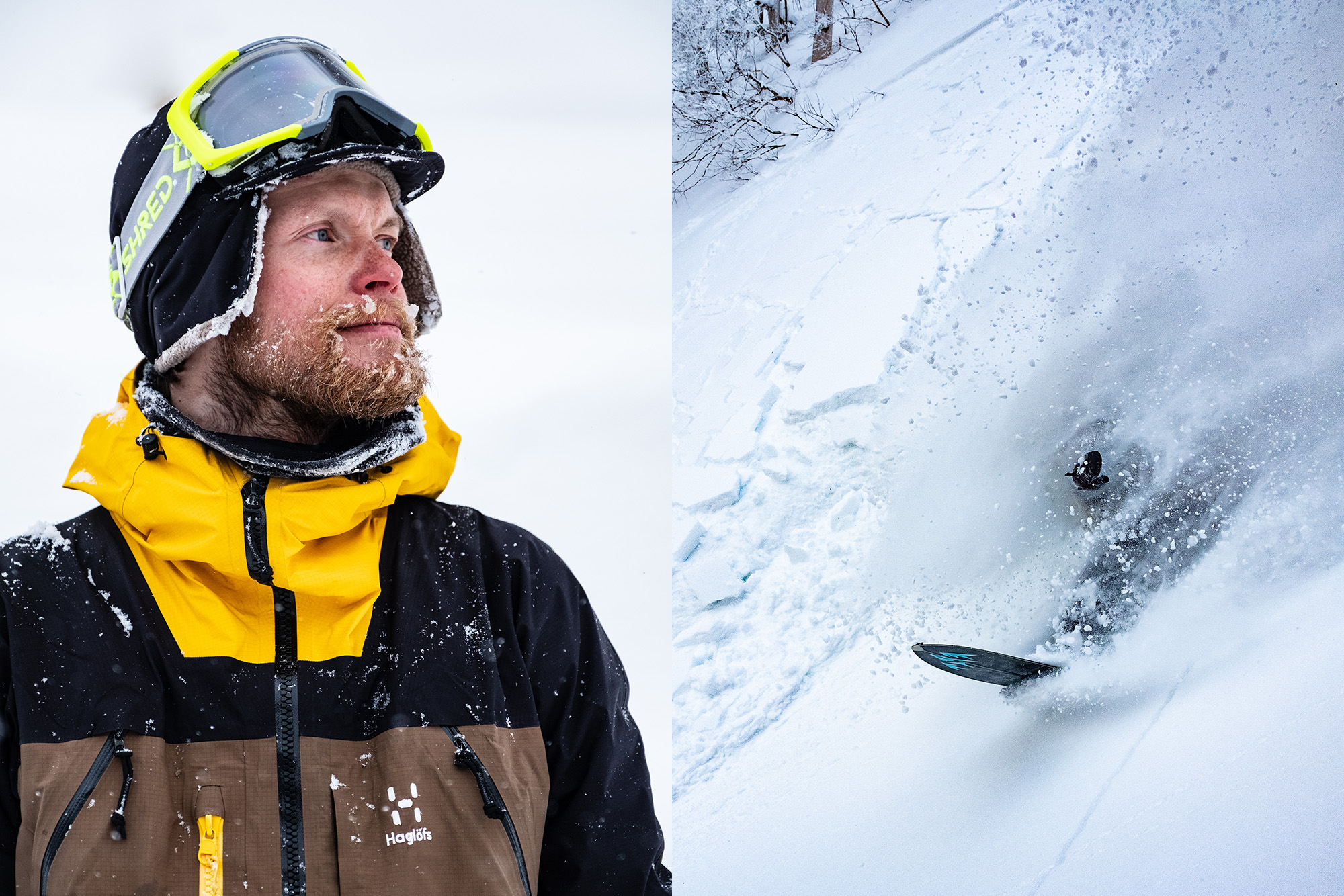 Let’s start all the way back. Where did you learn to snowboard?

I started snowboarding in 1995 when I was ten. I learned at the Ounasvaara ski resort in Rovaniemi where I lived then and still live now. Ounasvaara is a really small hill, only 100 vertical meters of elevation, but we had a strong snowboard community there when I was a kid. The Ounasvaara community led me to snowboarding. And snowboarding looked way cooler than any other sports I was doing back in the day. 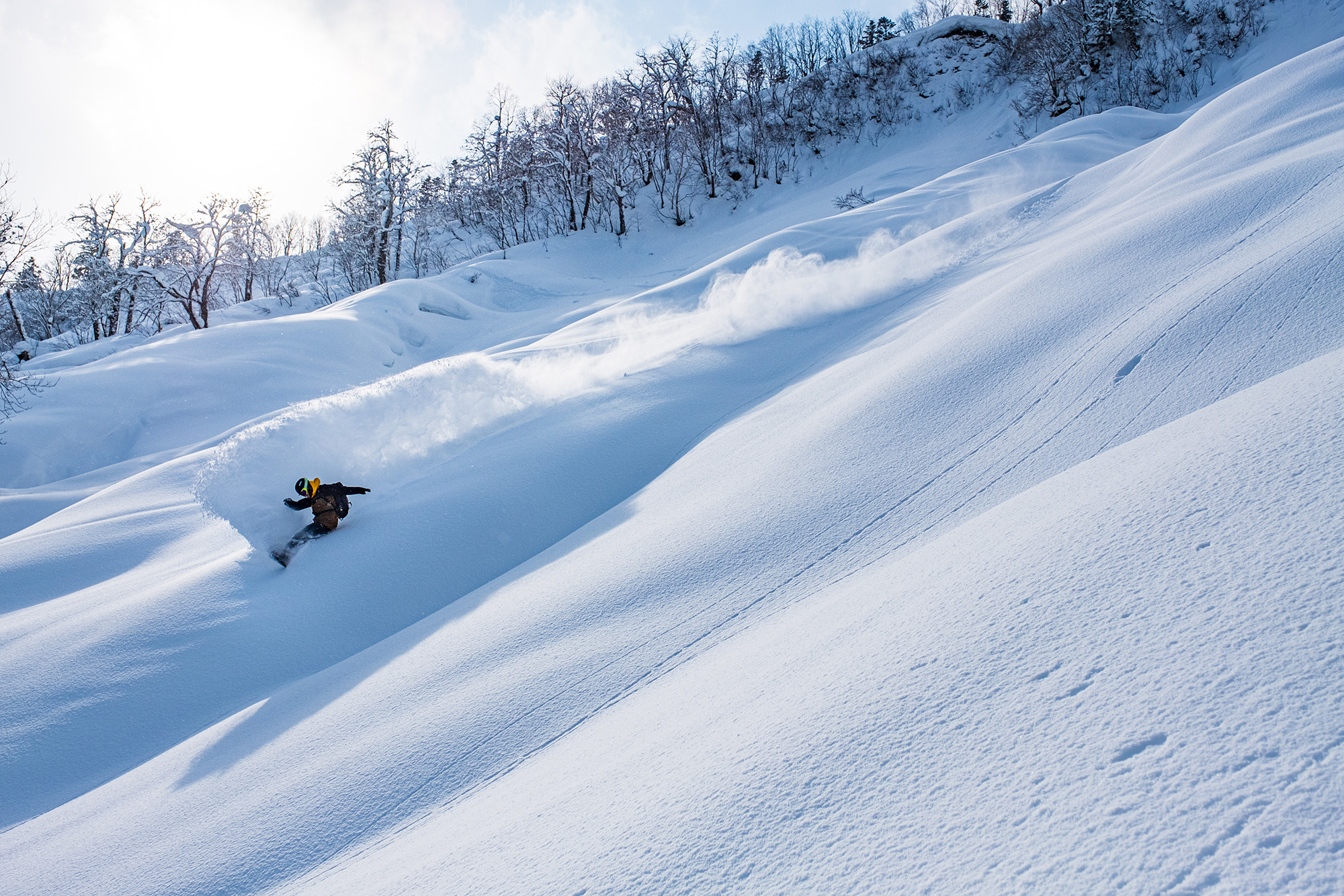 After a very successful competitive career, what made you switch to freeriding?

I rode on the halfpipe and big air contest circuit for about ten years. I competed in the X-Games, Air + Style, Arctic Challenge and the 2006 Olympics in Torino. I was also selected as a replacement rider for the 2010 Olympics in Vancouver after one of the other Finnish halfpipe riders got hurt. But I was in Japan when I got the call and I didn’t really want to go to Vancouver just to do two runs in the pipe. I had seen the competitive side of the sport and had already made the decision to switch my focus and concentrate on freeriding and film making. So I decided not to go to olympics that year. It was time to begin the next chapter of my career. I stayed in Japan and rode powder instead!

You’ve self-produced some amazing films since making the switch to freeriding. What led you to make your own films?

When I shifted to freeriding I had the chance to work with other film companies, but I chose to create my own production company so I could learn about filming in the mountains at my own speed. By hiring my own filmer there was way less pressure and I was able to focus more on learning how to move safely through the big mountains. I had been riding powder for awhile, but mostly just in Japan on photo shoots. When I started filming I didn’t know much about avalanches or the snowpack in the Alps or the Arctic. I’m really happy with that decision that I made early on. I’ve been able to produce a lot of content and it’s led me to understand what film making and creating your own freeride style is all about. 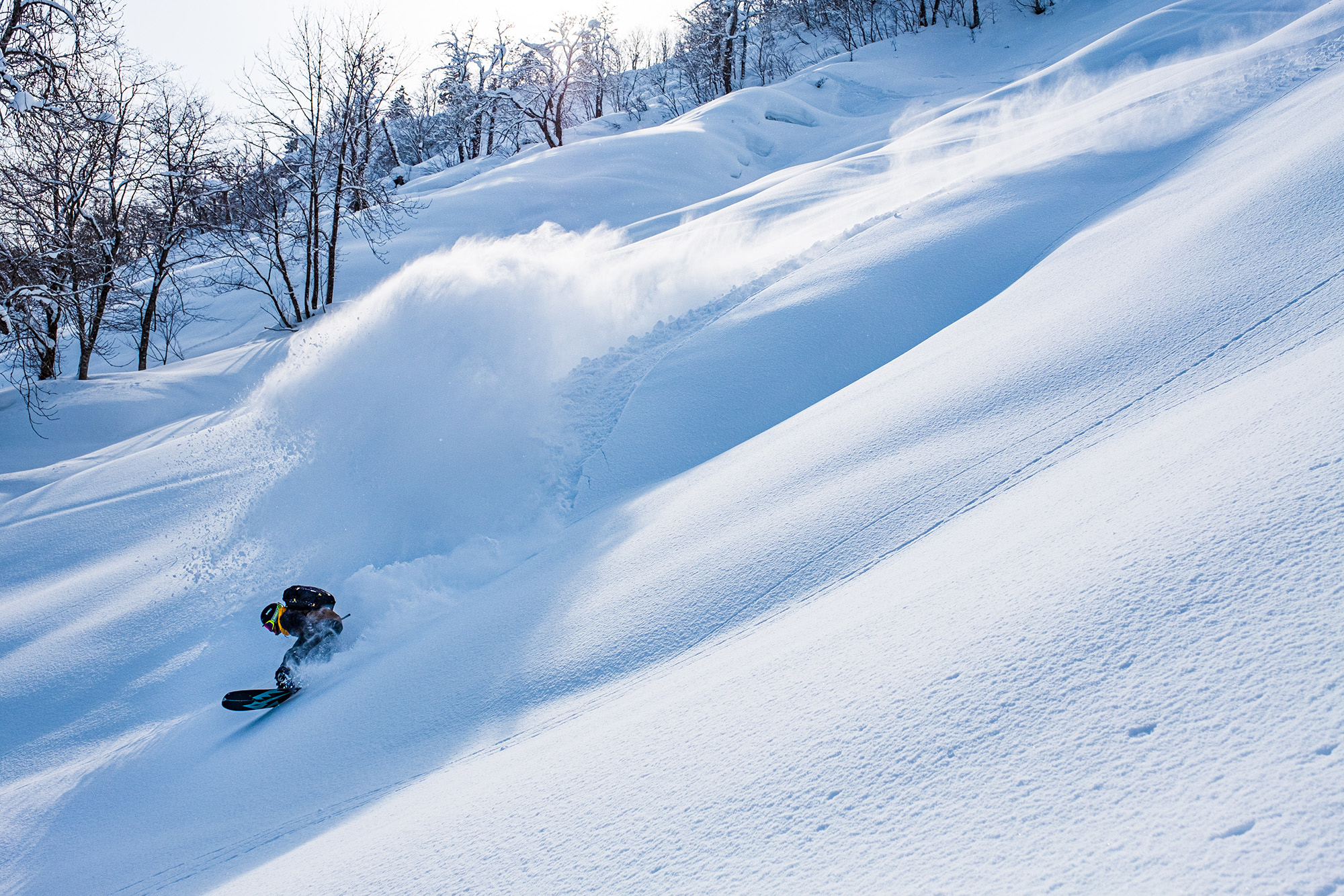 What can you tell us about you new film project, ROAM?

ROAM is a film project i’m working on with Iisakki Kennilä. Iisakki is a good friend who also directed my last two films, YUKIGUNI and CLOSER. The ROAM project is about following the light in the Arctic Circle throughout the winter. In the far north we have a nine month season. We can ride from September to middle of June most years. The film will follow my splitboard adventures in the high Arctic alpine through the changes of light, from polar night to midnight sun. It’s an artistic concept that will also highlight the harsh Arctic environment and the incredible riding terrain. 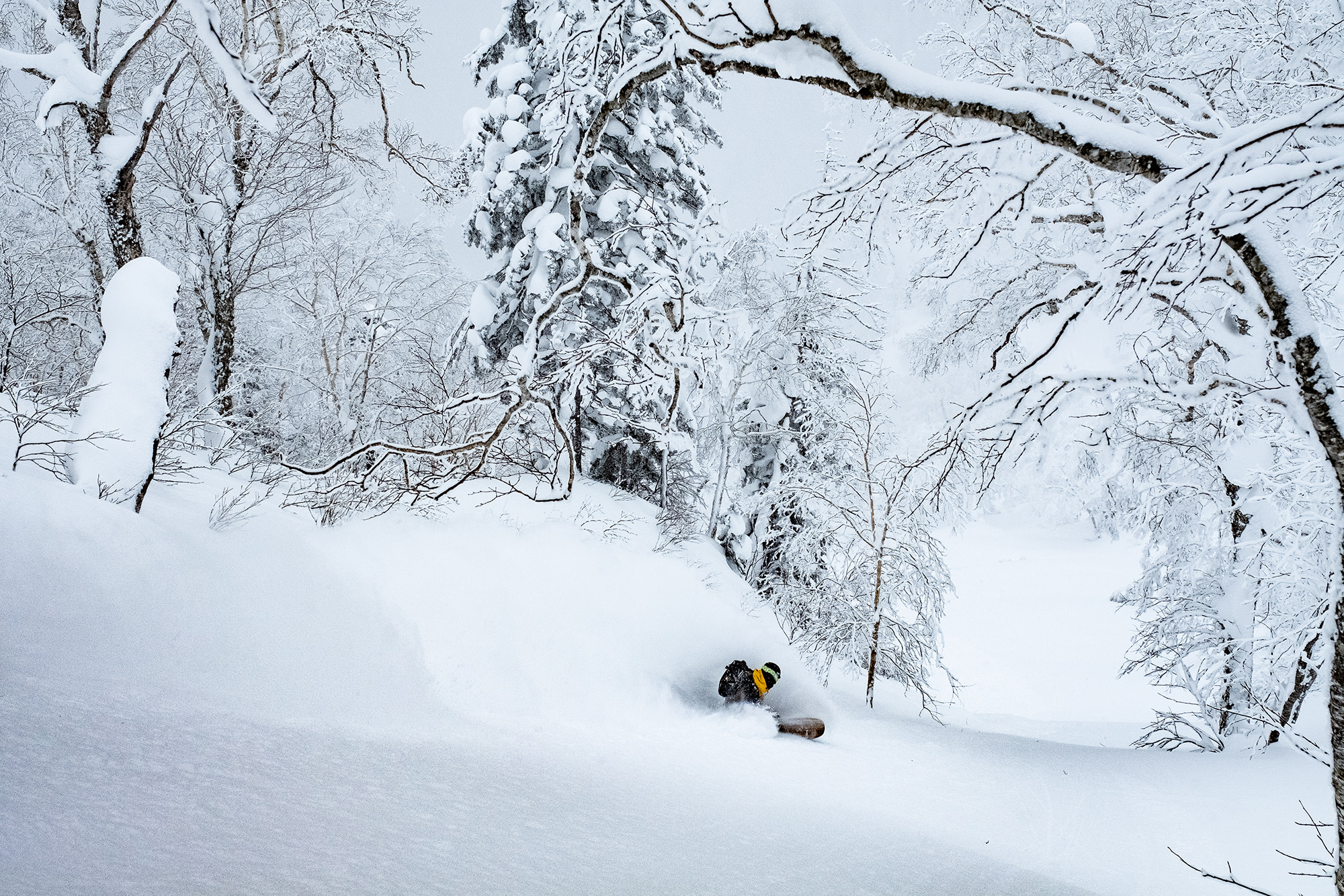 Where will you film for the ROAM project?

We’ll go to locations in the Arctic circle that are all driving distance from my home. We hope to show people how amazing and accessible the splitboarding opportunities are in the Arctic circle if you are decently fit and plan your trip well. We’re also trying to be as sustainable as possible with our production and not use any planes or helicopters. We’ll be filming everything on splitboards. 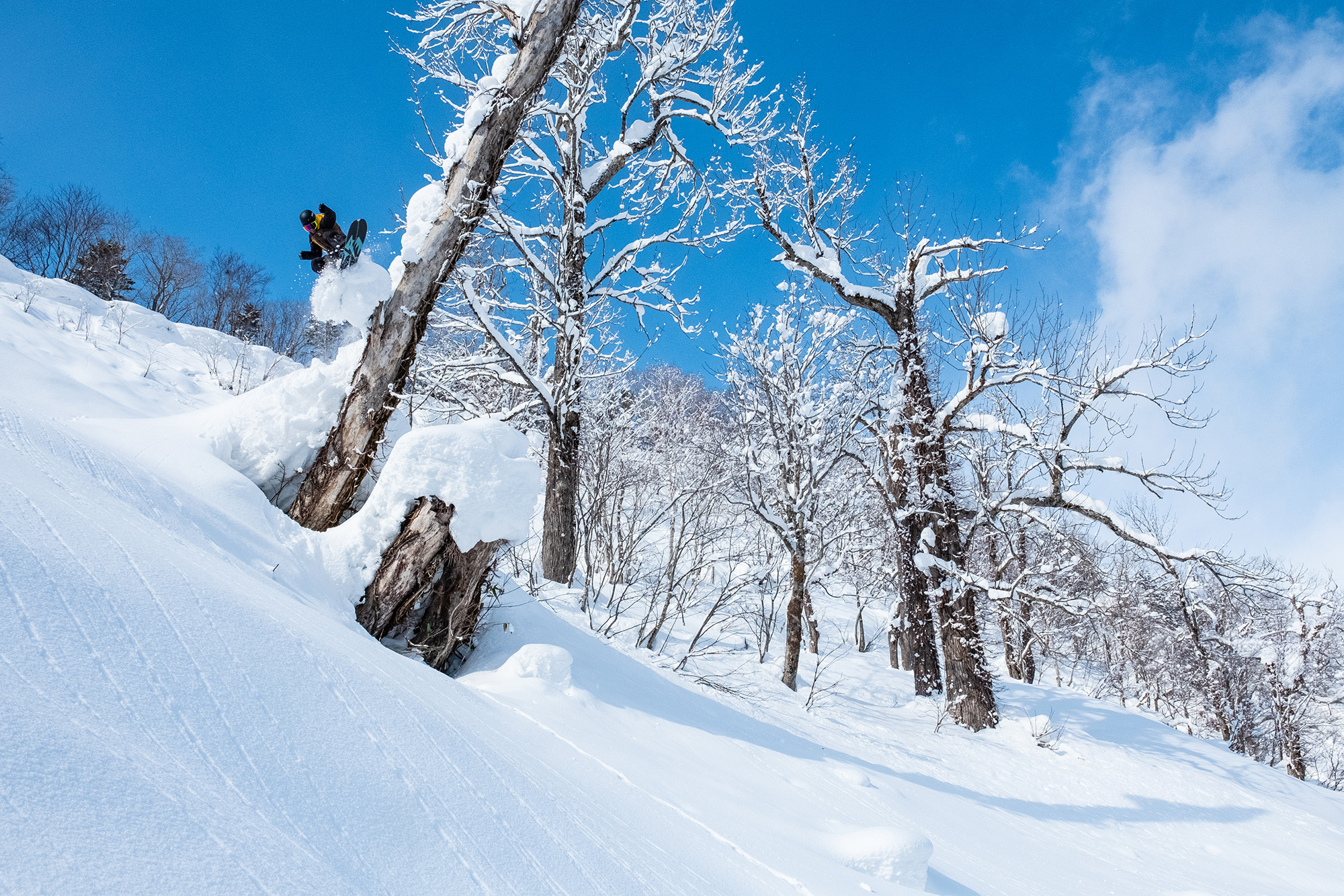 Why are you excited to ride Jones boards?

Now that i’m riding mostly in the backcountry, having a splitboard that I can trust in any condition is the most important thing for me. No matter what the snow condition I want to be moving fluidly in the mountains going up and down. I just returned from Japan where I was riding the Hovercraft split. It was such an eye opener. I rode the Hovercraft in a ton of different conditions and it felt like a solid board the whole time I was riding it, so stable and responsive. That was the first time I had ever ridden a split that felt like that. Not sure I even need to ride solid boards any more?! May as well ride a split so I can go anywhere, anytime! In the past I had always been focused on finding the best conditions and riding powder in the backcountry, but with a Jones split you don’t need perfect conditions to have a good time. 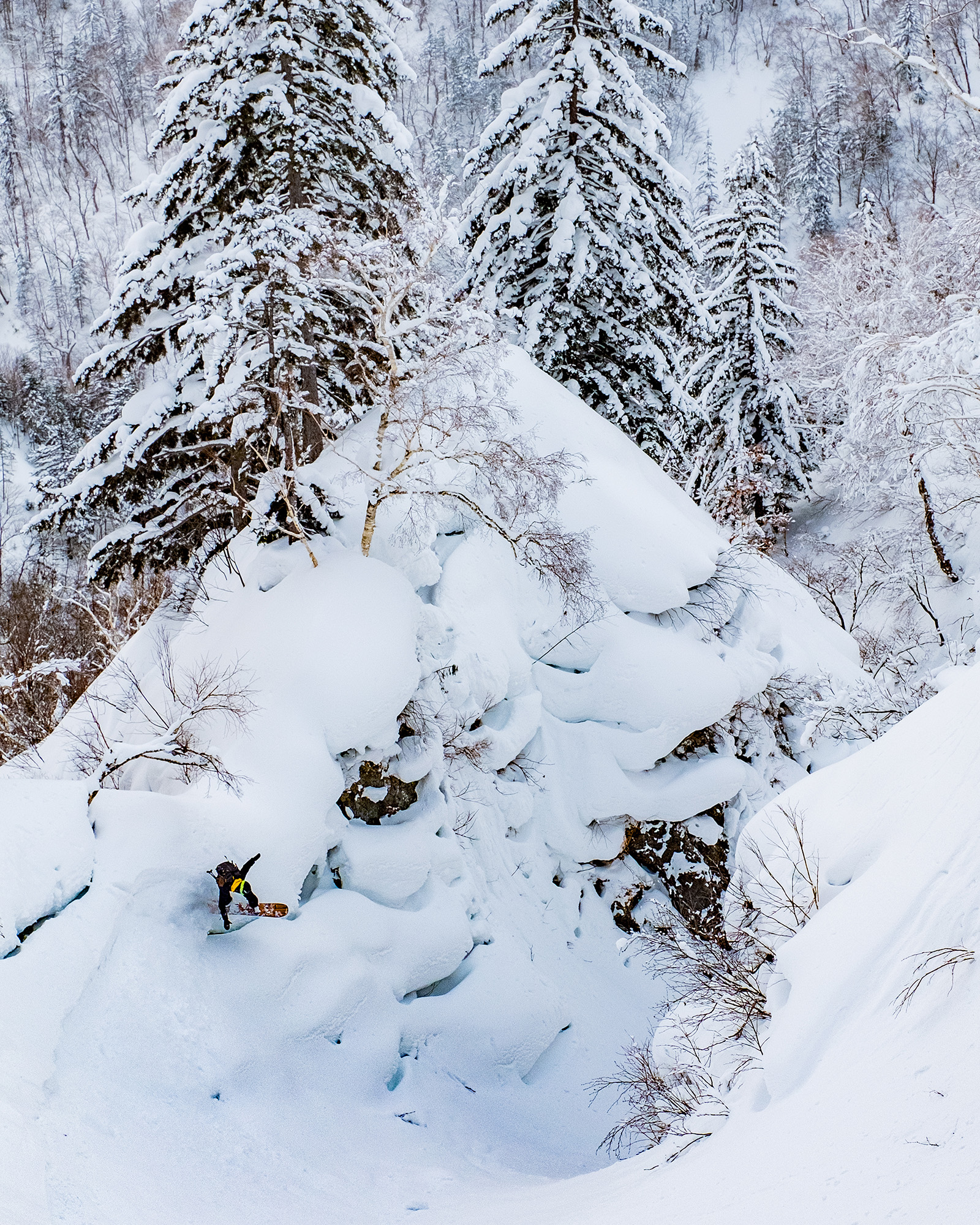