What are you waiting for? Wax that splitboard, pack the bags and get moving! It’s prime time to hit the road and blast off on a Cascade Volcano tour.

The Cascade Volcanic Arc is a group of 20 some volcanic peaks on the west coast of North America. Stretching from Southern B.C. to California, nearly every mountain in this unique range holds sick shred lines including several peaks with descents over 8000 ft. Long days and warm weather in May and June make spring the $$$ season for ripping these massive lines in buttery soft yet safely consolidated snow conditions.

The first solid high pressure window of the spring parked over the Cascades second week of May. Jones riders Allison and Seth Lightcap and Liz Daley made the most of the sunshine shredding classic lines on four volcanoes in Washington and California during the warm spell. Read on for images and beta from their adventures on Mount Rainier and Mount Baker with stoke from Mount St. Helens and Mount Shasta to follow in the second chapter of the report. 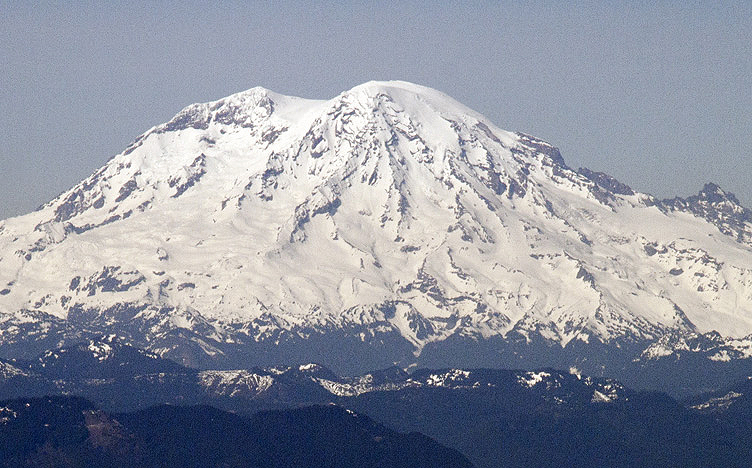 Mount Rainier is the tallest volcano in the Cascades and the most heavily glaciated mountain in the lower 48 states. The sprawling glaciers make for challenging shred-mountaineering as all the lines dropping off the summit require navigation through ice and crevasses. The above image shows the southwest face of Rainier as of May 13th. The Tahoma Glacier is on the left, the Kautz Glacier is in the middle and on the far right are the Wilson Glacier, the Muir Snowfields and the lower mountain terrain that’s easily accessed from the Paradise trailhead. 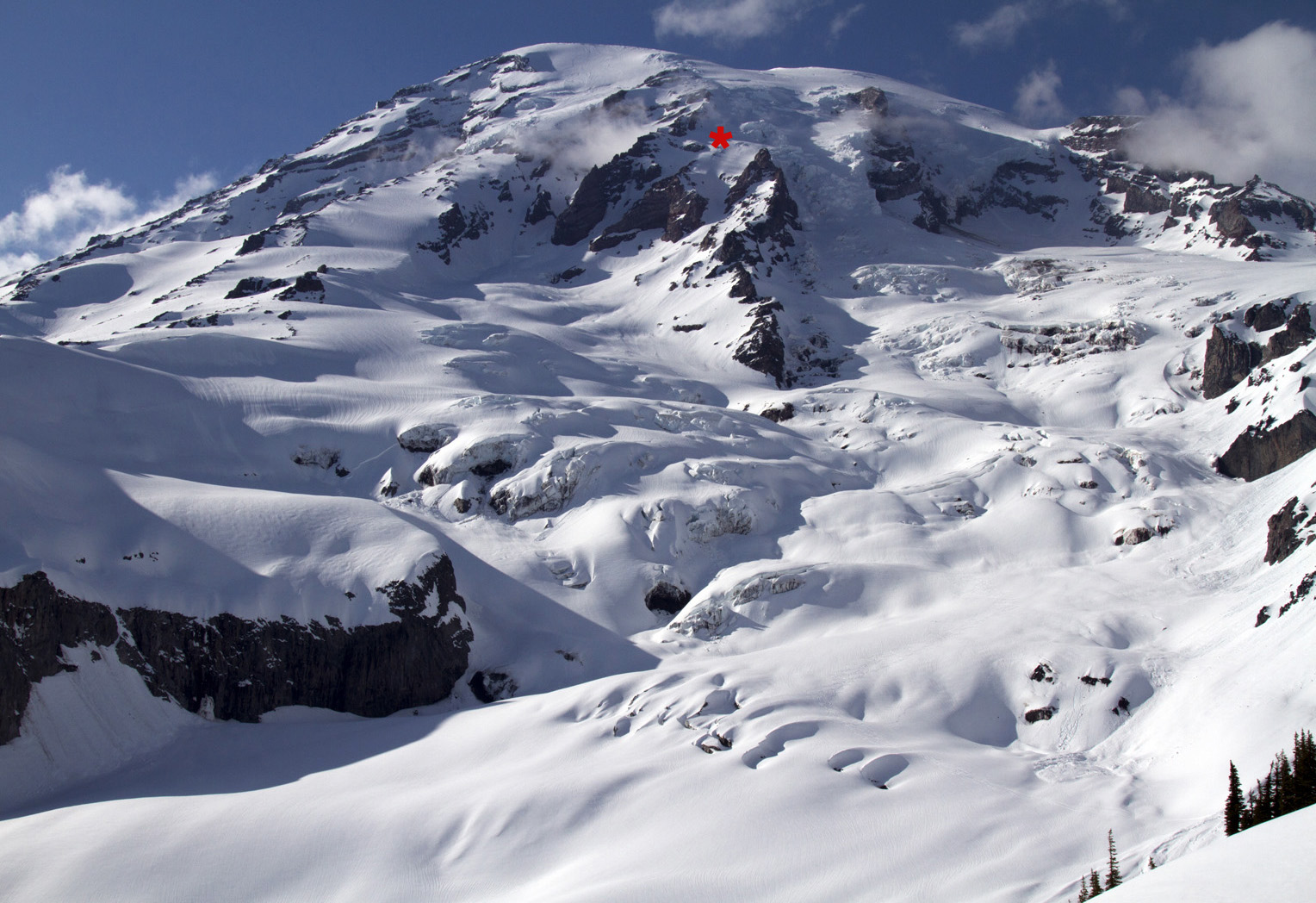 Here’s the view looking up from the Paradise trailhead on May 11th. The Wilson Glacier dominates the scene with the Wilson Headwall (L) and the Nisqually Icefall ® looming above. My wife Allison, Julian Hanna and I made a one-day push to paint some tracks through this terrain on May 12th. Our ascent/descent line crossed the glacier to the left just above the distinct horizontal cliffband, then followed the left lower ridge before crossing the top of the glacier back right to the base of the curving Fuhrer Finger couloir. The couloir tops out into the Upper Nisqually Icefall. We climbed a bit higher to catch a view of the ice and saw no straightforward passage to the summit snowfields. In a bigger winter there are usually clean-ish lines through the Upper Nisqually but not so much this year. Our turnaround point at approx 12,000 ft is marked by the red star. 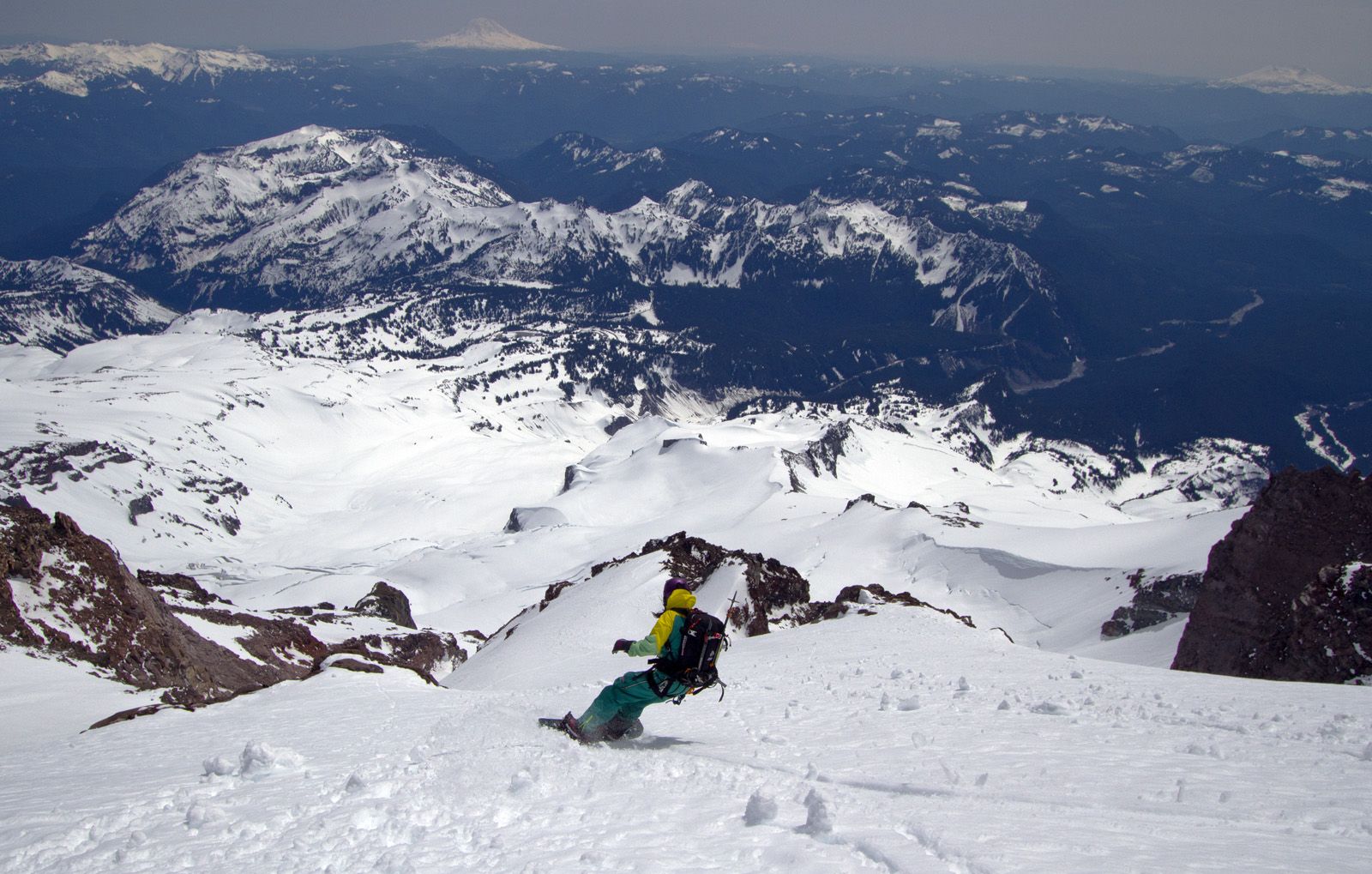 Here’s Allison dropping towards the entrance of the Fuhrer Finger. It had snowed 6-10 inches two days previous so snow conditions were pretty damn good. The sun had cooked the fresh snow, but not to the point of being manky or significantly sketchy, just a few roller balls. To the right of Allison is the roll-over entrance to another fun couloir called the Fuhrer Thumb. 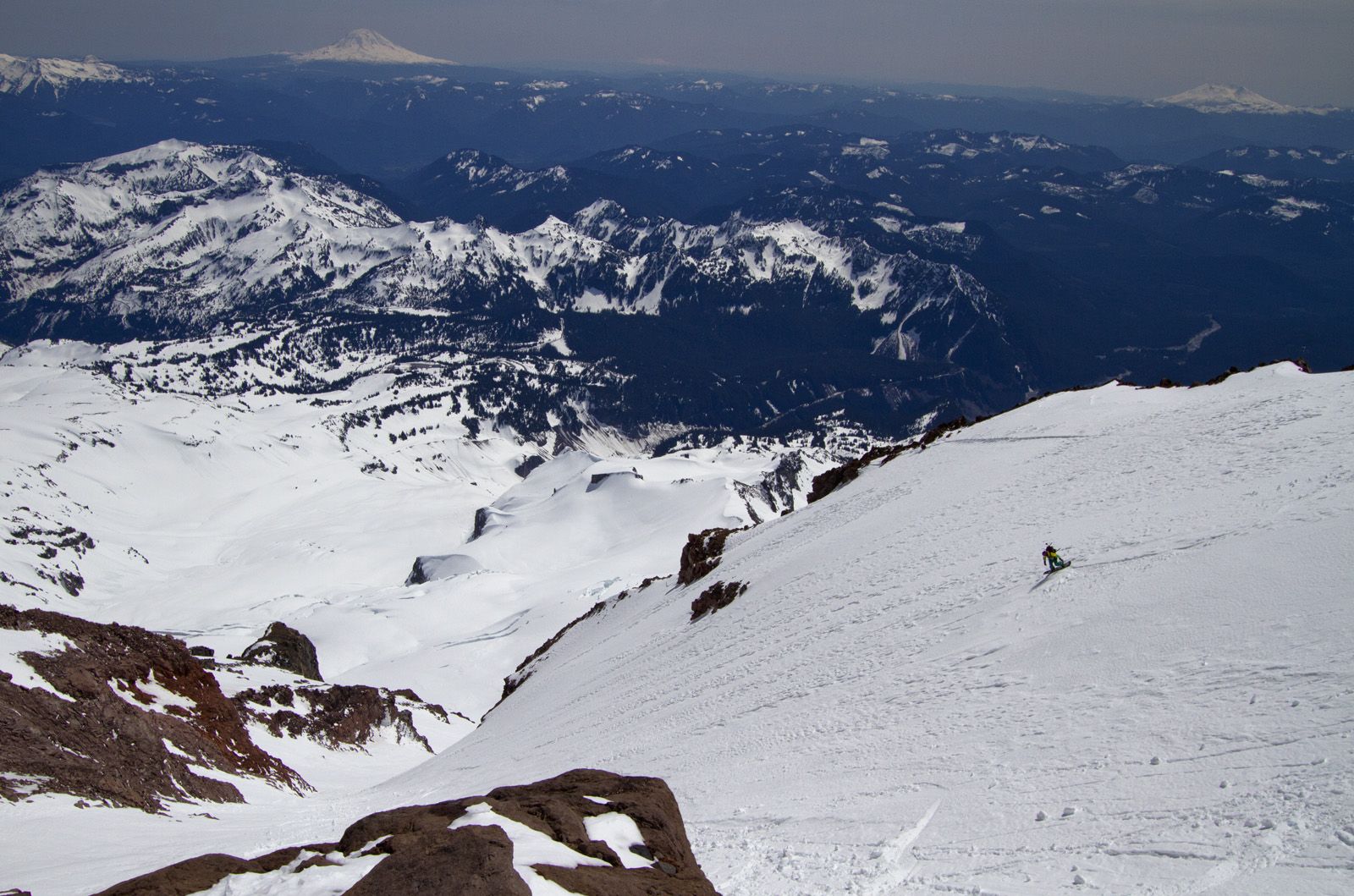 The Fuhrer Finger is a wide 35-40 degree 2000 ft couloir that connects two glaciers. The line is notorious for rockfall and the lower apron pours into crevasses so it’s heads-up terrain despite the relatively moderate pitch. We saw no rockfall nor previous signs of it, however. From the looks of the fat panel Allison is tearing into, the Finger should be good to go for another month unless Rainier gets crushed with a prolonged heatwave. We were still able to ride down to the Nisqually Bridge at 3700 ft, but it was patchy for the last 1/4 mile. From the top of the Fuhrer Finger to the bridge was an 8000 ft run.

To climb Mount Rainier you must register and get a permit. Find out permit info here. 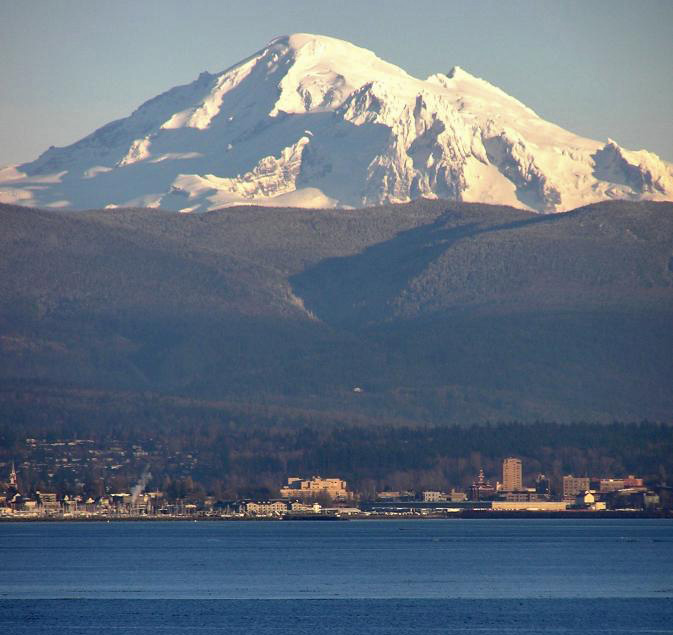 Mount Baker is a mid-winter snowboarding Mecca but it’s also especially nice in the spring and early summer. When the sun finally popped out last week, a couple friends and I climbed the Coleman-Deming route on the north side of Baker in a one-day push. We parked at 3,000 ft and started skinning at 5 am. It was only about a mile and a half of skinning on the snow covered road to get to the summer trailhead which wasn’t too bad. I’ve skinned four miles on the road in prior years. 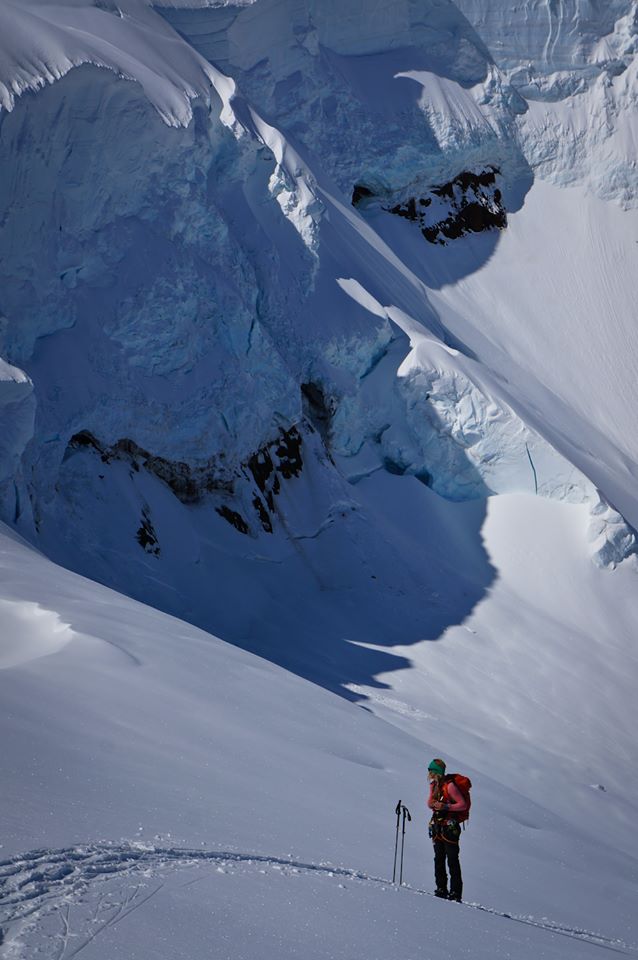 Conditions climbing up the route were great for skinning, firm and fast. Here I am mid-way up the route below the Colfax Icefall. Photo - Drew Tabke 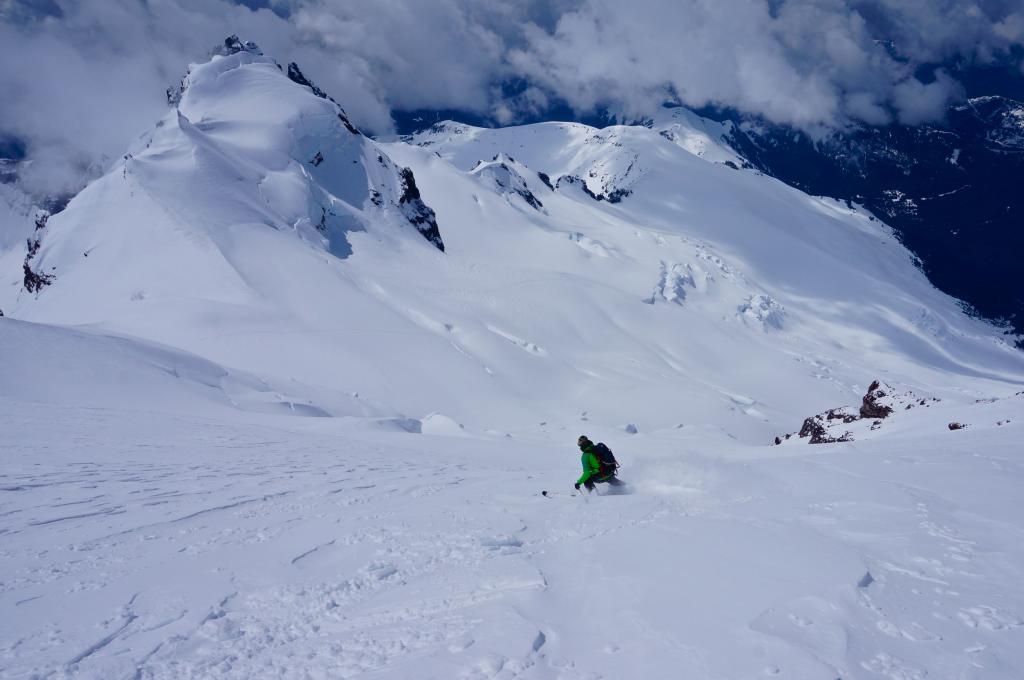 After brewing up some coffee on the summit, we dropped in with a nice coffee buzz and rode a variation of the standard Coleman-Deming route called the Roman Mustache. The Coleman-Deming route is a great ride but it’s a little traverse-y with a few ups and downs and some route-finding. The north side is an absolutely beautiful side of the mountain though, my favorite. Here’s Joe rippin’ into the lower section of the Mustache, a really cool hanging glacier ramp. Action Photos - Liz Daley 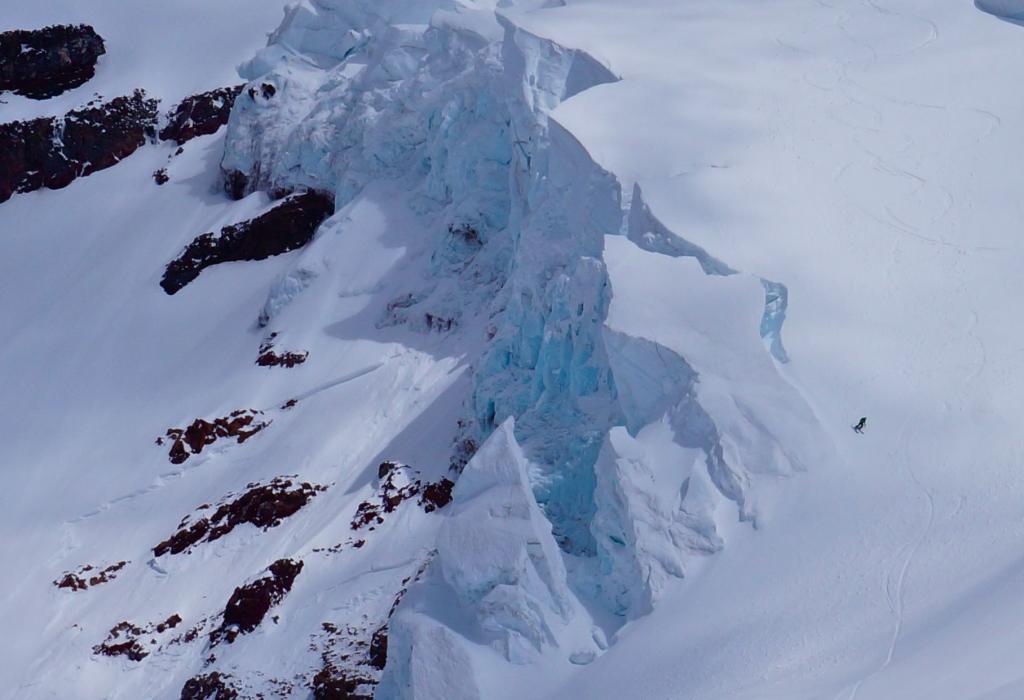 The crevasses were really big, bigger than I’ve seen them in previous springs. The glacier had also changed a lot in the two years since I’ve been up the Coleman-Deming. You can easily avoid most of the big cracks, but spring and early summer is when those snow bridges start to get thinner. A rope, harness, crevasse rescue skills and smart partners are essential for climbing this route. If you don’t have basic crevasse rescue and glacier travel skills, you can learn them from me! I offer splitboard mountaineering courses through the American Alpine Institute up on Mt. Baker. Find out more about my splitboard courses here. 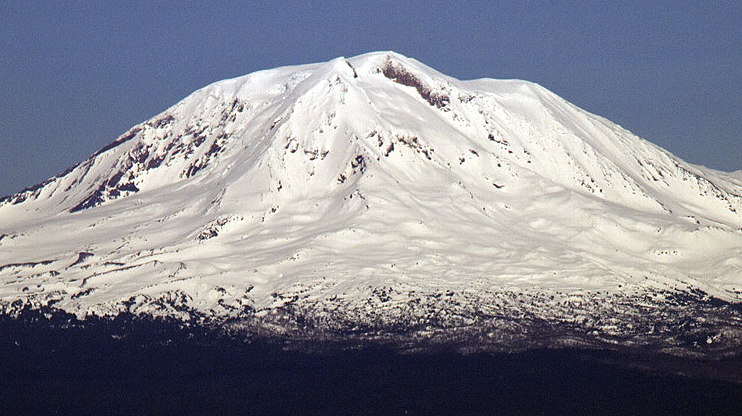 Mount Adams is yet another magnificent volcano located south east of Mount Rainier. Here’s the coverage on the west face of Adams as of May 13th. Access to Adams is still daunting due to miles and miles of snow covered roads. Once the roads melt out a bit further, classic ski lines including the Southwest Chute and the North Face of the Northwest Ridge are significantly easier to access. The snowpack on Adams looks pretty fat so conditions should be decent well into July.

Look out for part two of the Cascade Volcano report dropping soon!