Shreddin’ Around The Southern Lakes Of New Zealand
Trip Reports

Home to steep, craggy terrain and a typically fat snowpack, the Southern Alps of New Zealand are a well-known shredder’s paradise. Winter 2014 was none too kind to the Kiwis, however. New Zealand battled one of the driest winters in 20 years. Three-weeks of sunshine in August left the Northern end of the South Island especially dry. The clubfields in Canterbury struggled to open. Down in the Southern Lakes region of the South Island the snow stacked up a bit better. There was enough snow to keep the resorts around Queenstown and Wanaka open all season and fill in some of the classic local backcountry zones.

With summer legs hungry to shred anything, my wife Allison and I toured around the Southern Lakes region in September. The notoriously fickle Kiwi weather toyed with our trip more than the thin conditions, but all in all we lucked out as solid storms reset conditions twice during our stay. Persistent rain and then a spike in avy danger kept us out of the high alpine so we focused on crushing laps at all the resorts and exploring the surrounding sidecountry.

Photos barely do justice to the dance of light, weather and topography that make New Zealand so breathtaking, but images do a better job than words. So here’s photo stoke from our trip with a few details about each zone as inspiration to tour the Southern Lakes and witness the beauty with your own eyes (and snowboard edges) next year. 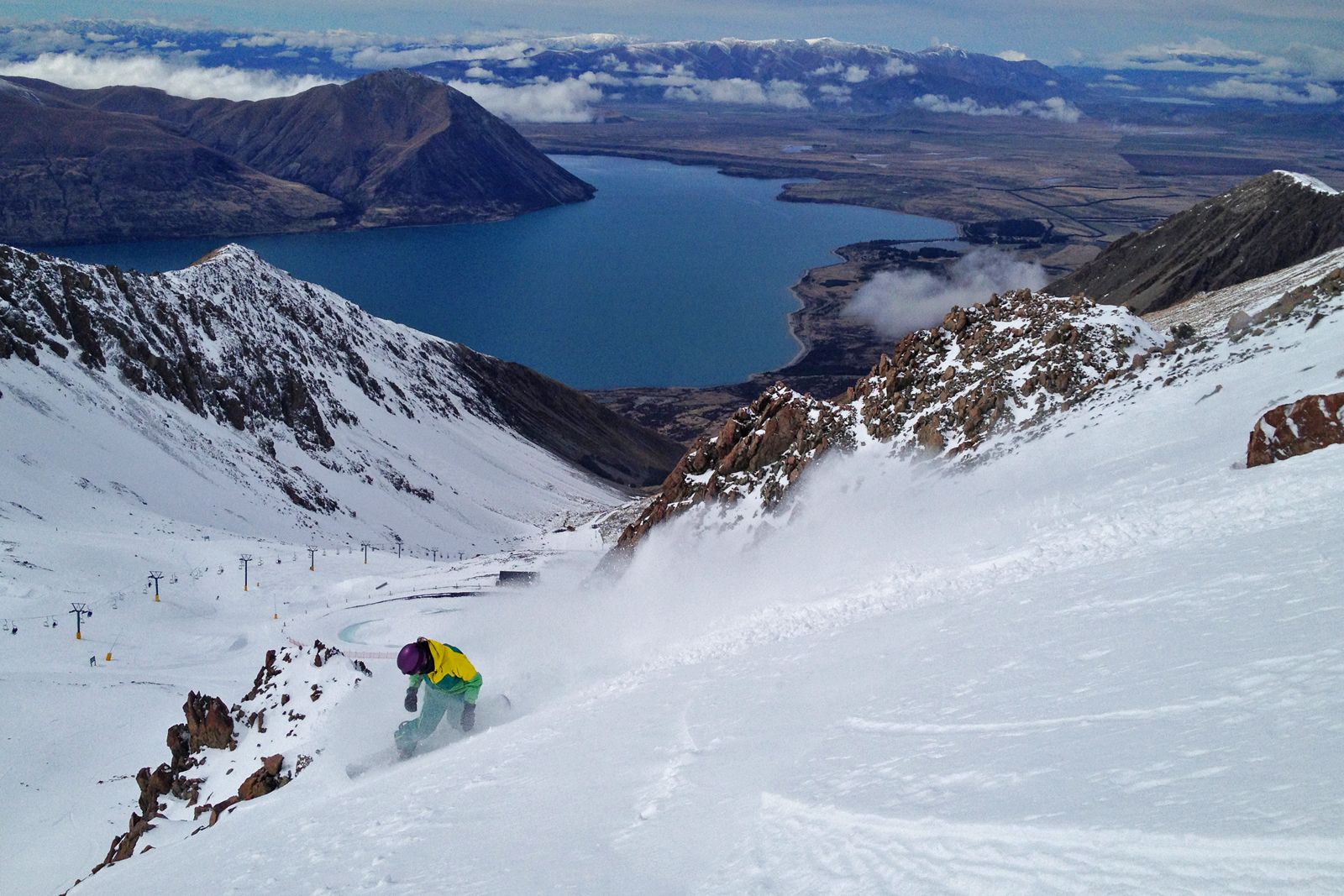 It’s no surprise that you see more Ohau hoodies on the backs of Kiwi shreds than any other resort.

Tucked into the mountains 210km north of Queenstown, Lake Ohau is an aquamarine alpine jewel. Just above the lake lies the Ohau Snow Field, a misty, one-lift wonder ski resort with a cult following. It’s no surprise that you see more Ohau hoodies on the backs of Kiwi shreds than any other resort. The terrain hidden within Ohau’s deceivingly big upper basin is awesome with steep chutes and open bowls surrounding the lone double chair on all sides. This is a shot of Allison ripping off the top. 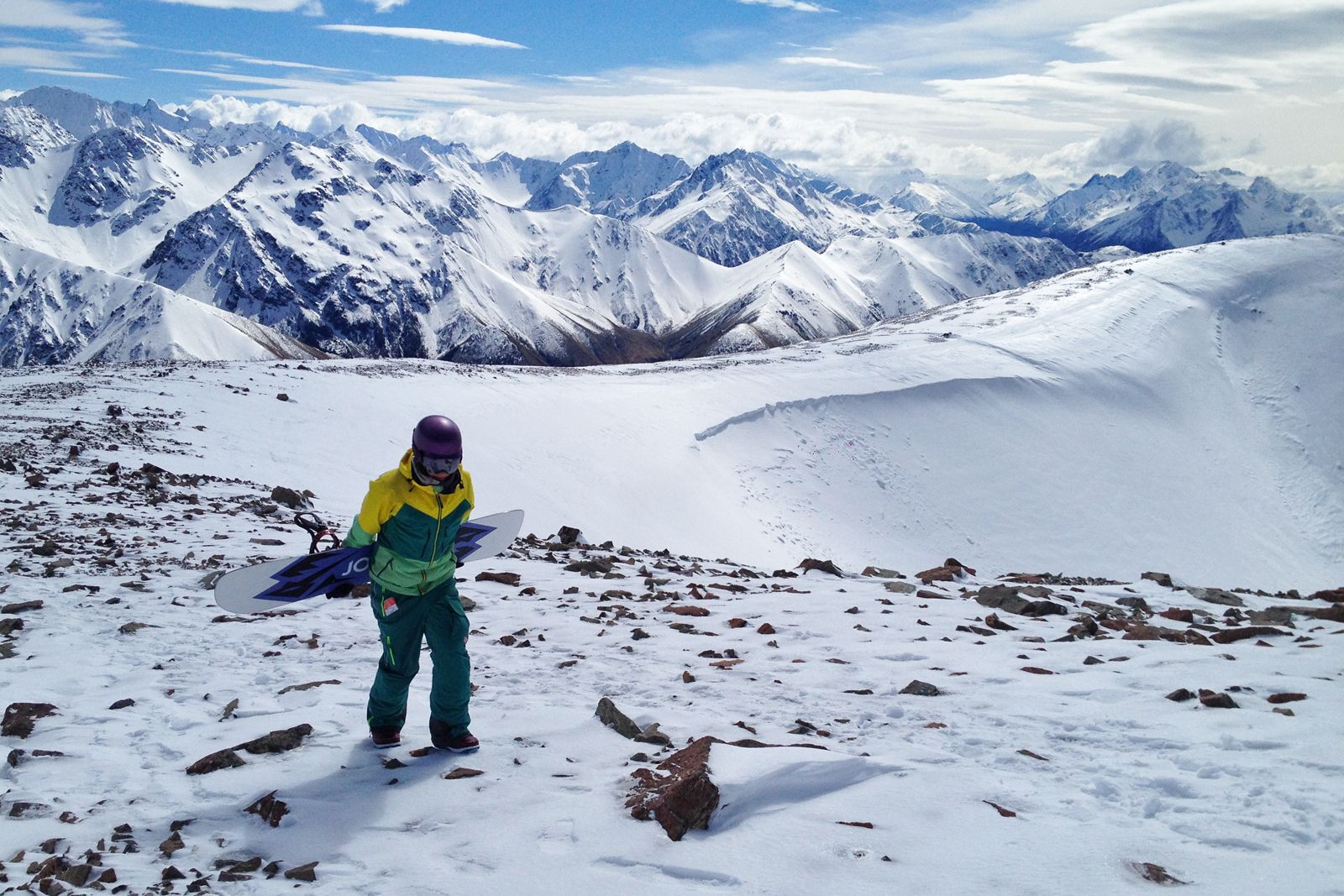 A five minute hike above the double chair puts you atop a windswept ridgeline that accesses a shooting gallery of rad lines dropping back into the resort. To the west of Ohau’s summit ridge lie the jutting peaks of the Barrier Range. 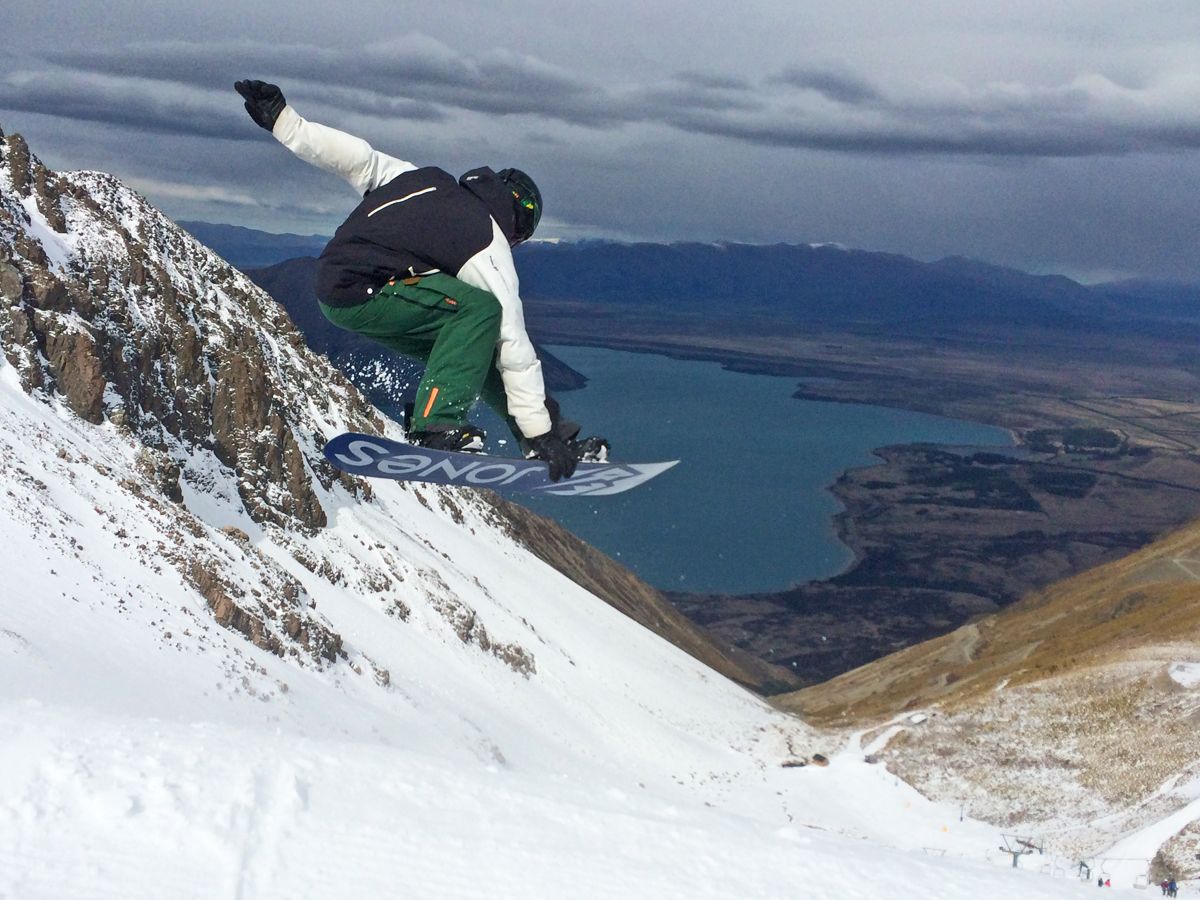 The cat track hits at Ohau are all-time with multiple spots to send it big into an endless tranny. I couldn’t get enough of this hit, such a floater and the landing was the perfect pitch. 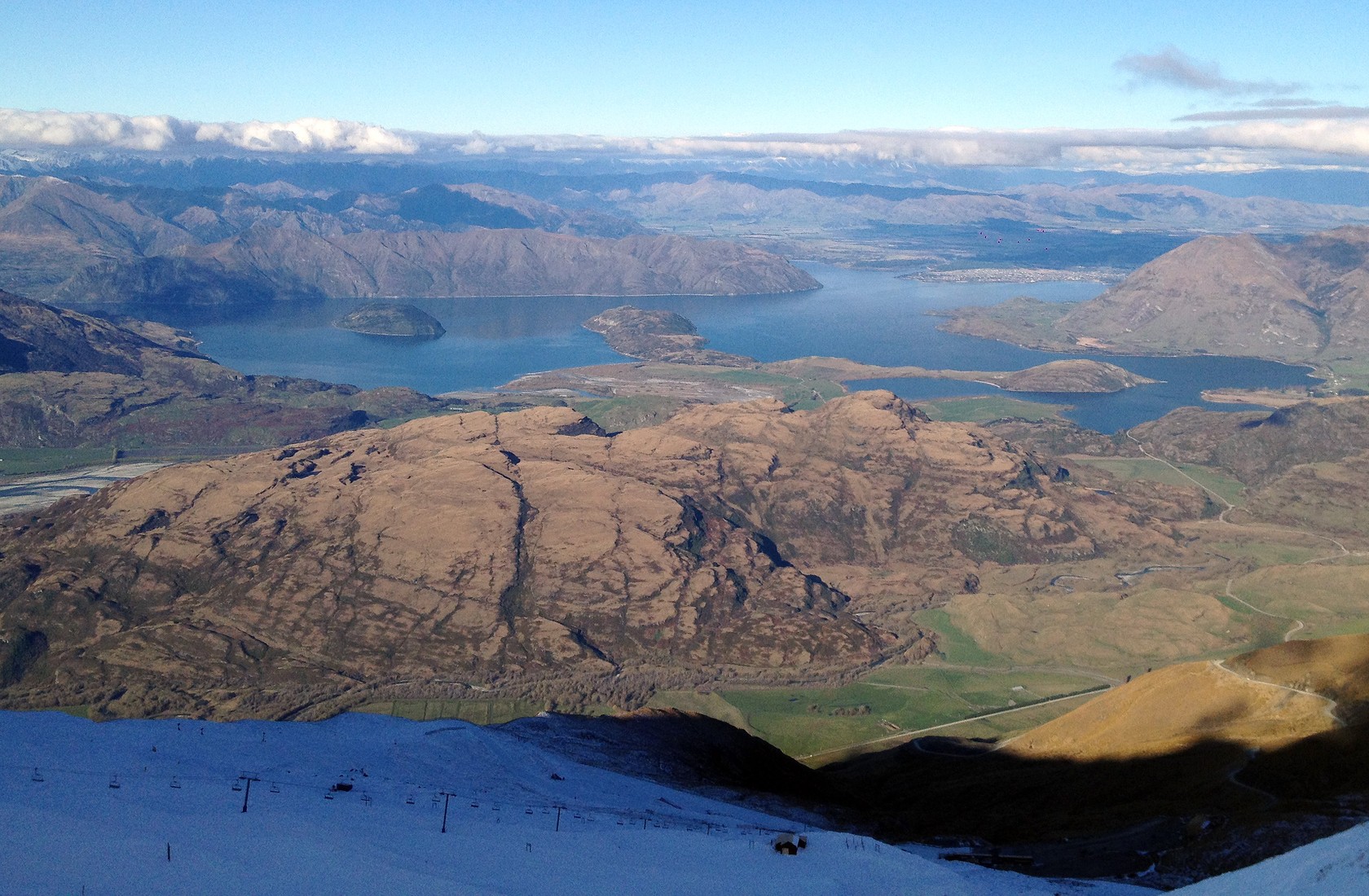 An hour-and-half drive southwest of Lake Ohau lies the sprawling Lake Wanaka. The town of Wanaka sits on the lake’s eastern shore while Treblecone ski resort hangs above the lake to the southwest. The views of the lake from the top of Treblecone never get old. Lake Wanaka and it’s many island and inlets is a spectacular sight. 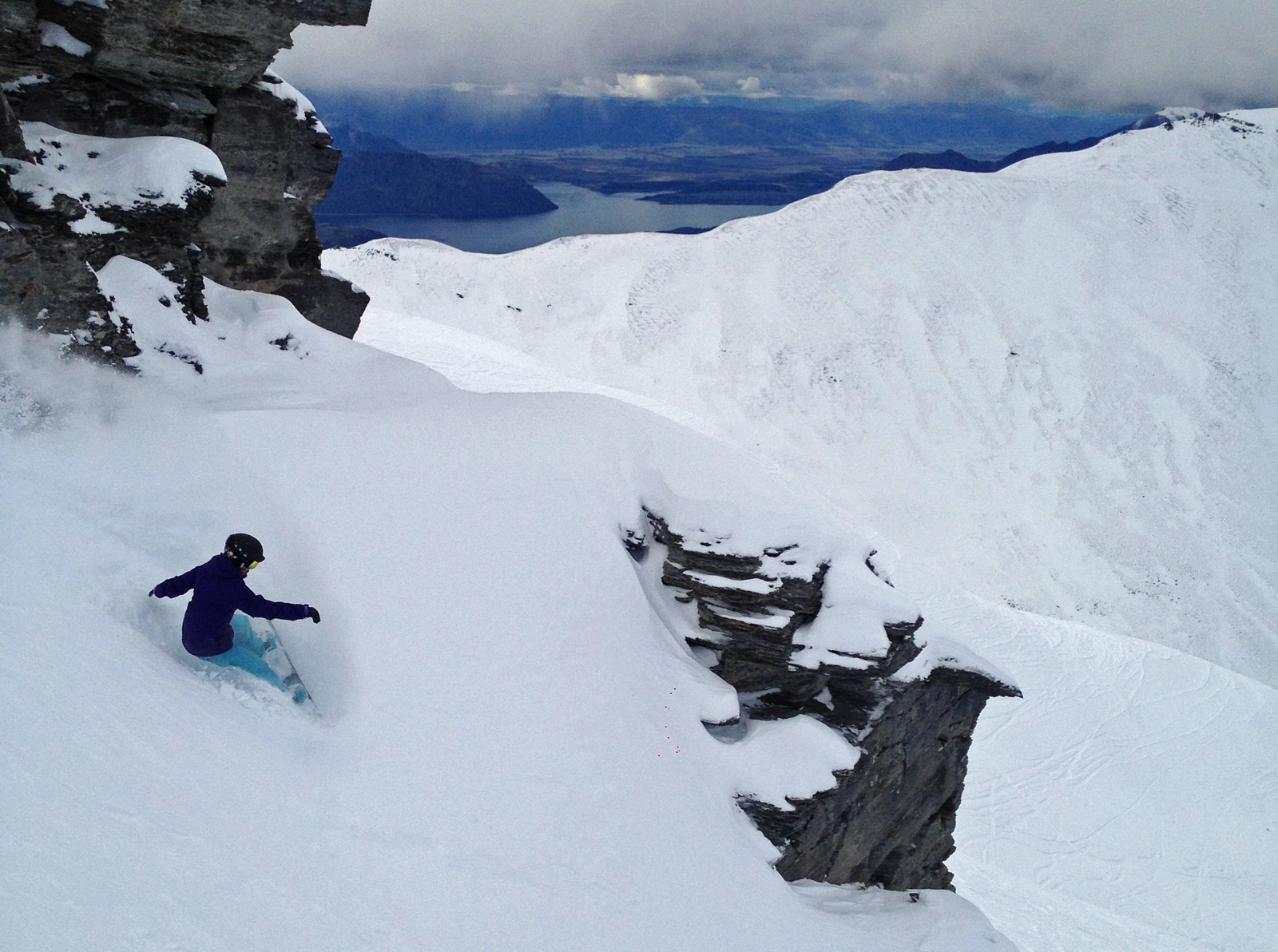 We spent a few days surfing the steep gullies and bowls at Treblecone which was a ton of fun. Treblecone’s Saddle chair access a wide diversity of terrain ranging from rocky palisade lines to jibby natural halfpipes and even some terrain park hits. Jones Ambassador Amber Schuecker took us to some of TB’s best terrain on a ripping pow day. Here’s a shot of Amber slashing into Hollywood Bowl on our way to the Mototapu Chutes. 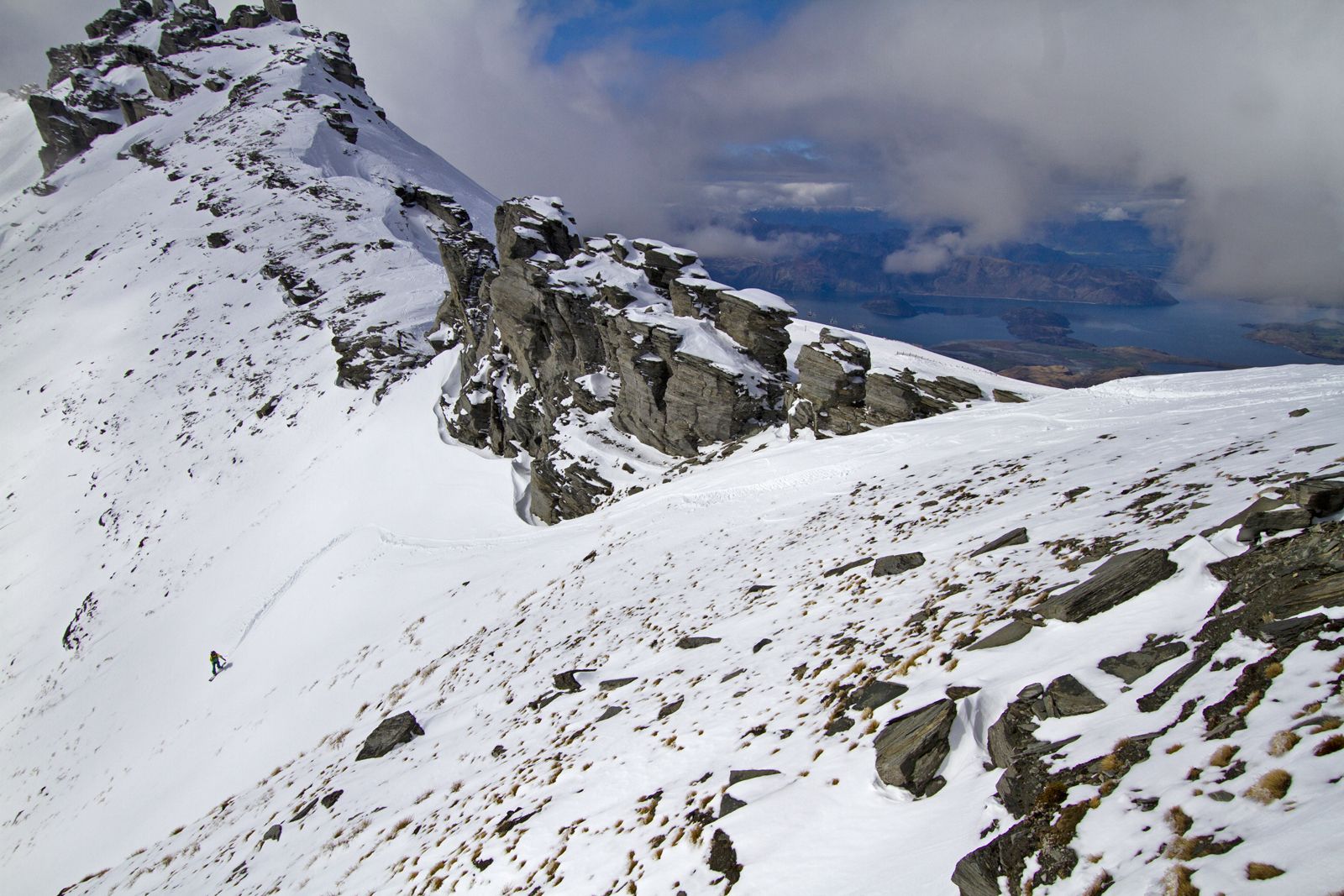 The open boundaries at Treblecone offer access to sick split-terrain on the surrounding peaks and ridges. Here’s a shot of Allison dropping off the back of the resort heading towards an adjacent backcountry basin. 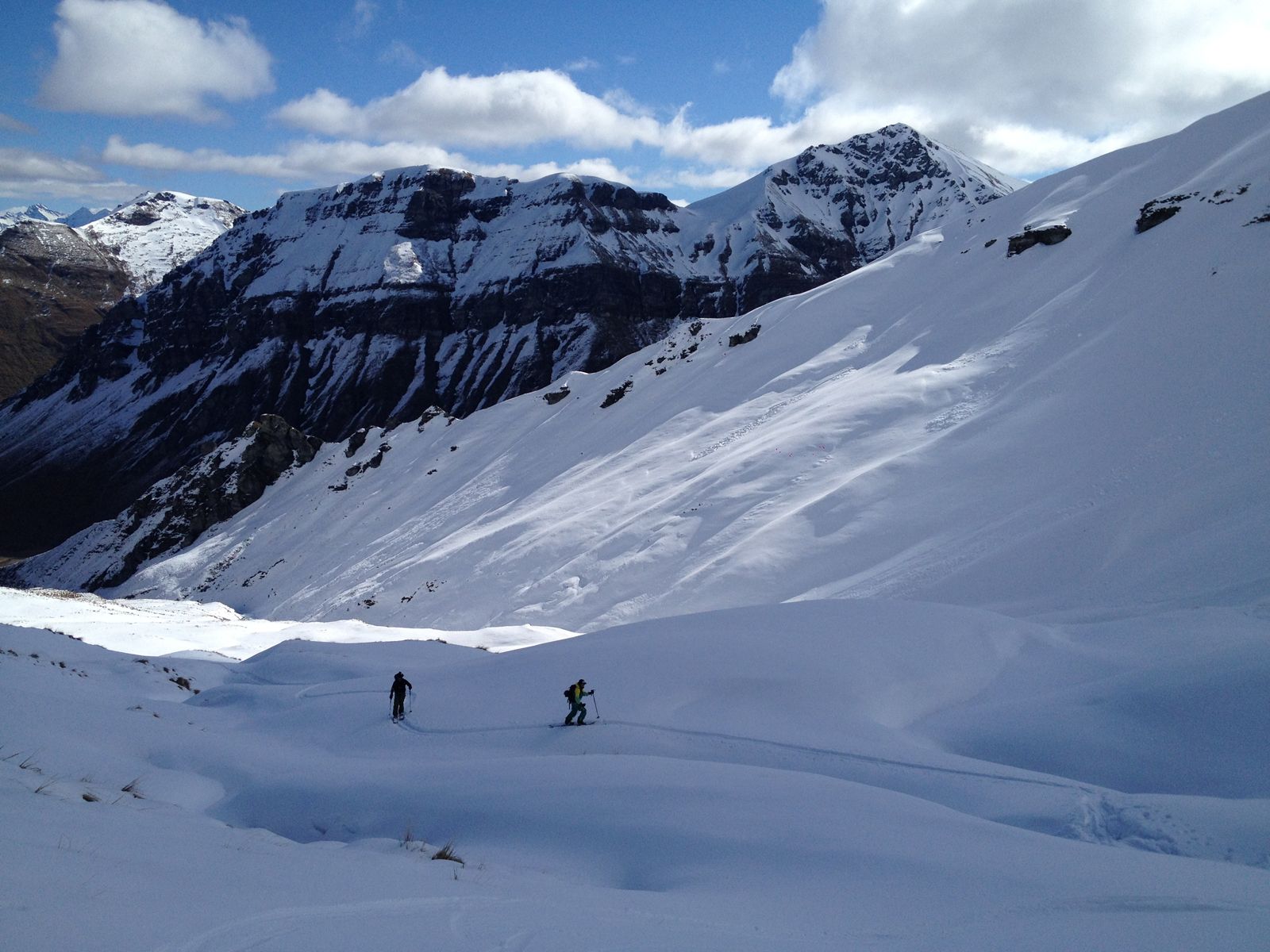 Jones’ Aus/NZ Distributor Amine Yasmine joined Allison and I on a split-tour to this mini-spine zone behind Treblecone. This south facing nuglet of terrain was caked with cold snow.

We dropped into the mini-spines from the top of the last peaklet on the far right side. Coulda spent all day lapping it up out there as the terrain pocket was steep and textured with cool cliffs scattered throughout. 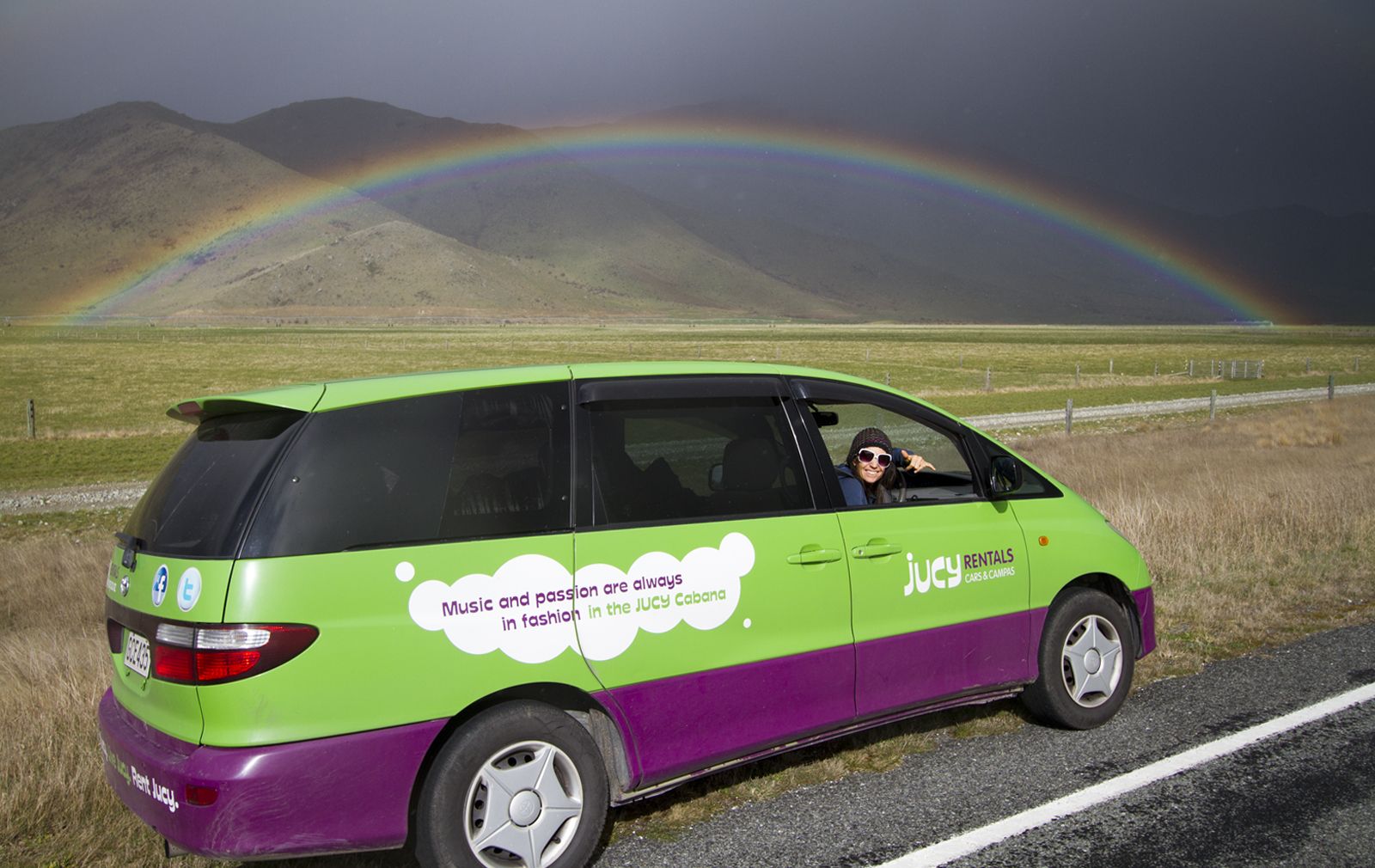 Shred touring in New Zealand proved to be easier and cheaper than we expected thanks to this campervan. Less than $50 dollars a day secured us transportation and lodging. The only issue is that you can’t camp just anywhere. Technically you must park in a campground unless you rent a bigger camper that has a toilet. 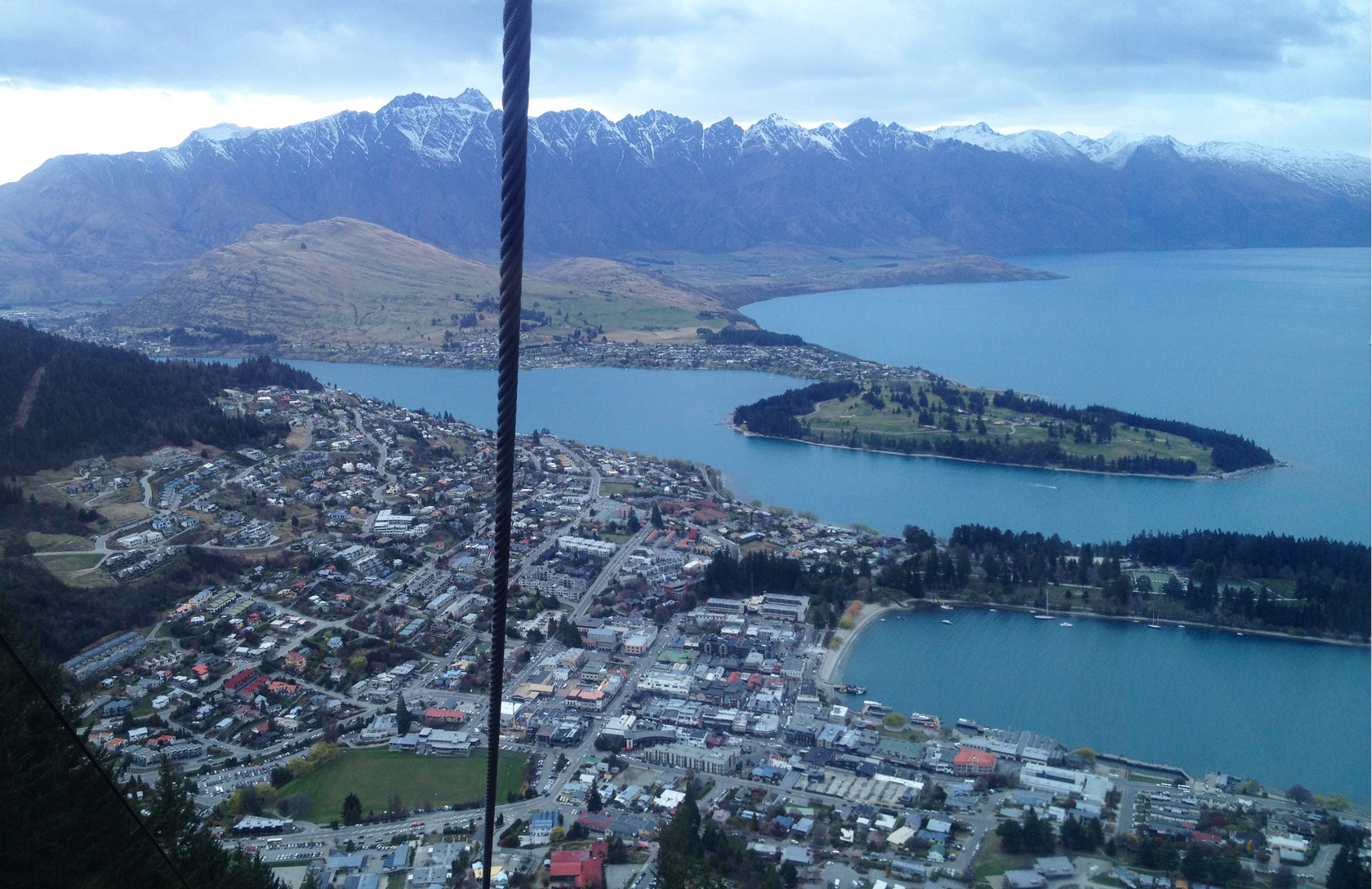 Less than an hour drive south of Wanaka sits one of the adrenaline capitals of the world - Queenstown. Travelers from all over the world come to this bustling town on the shores of Lake Wakatipu to bungy jump, jet boat and skydive. We joined the throngs of travelers for a famous Ferg Burger and then pushed on to score a slow-drip adrenaline fix in the craggy skyline of the Remarkable Range looming above town. 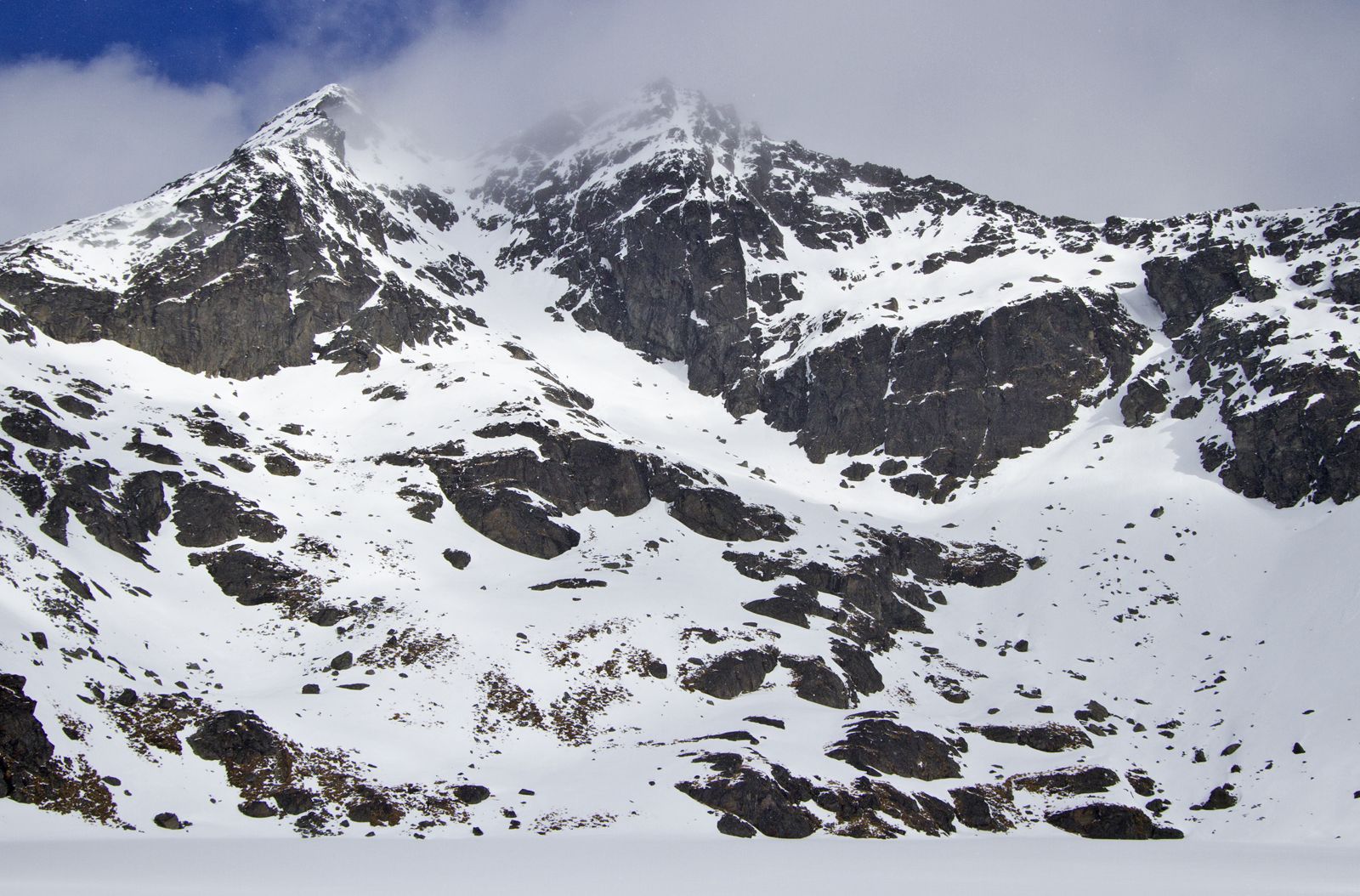 Starting from the base of Remarkables ski area, we toured up the ski runs to Lake Alta. This quick 45 min tour put us at the base of the Grand Couloir, a line that splits two peaks known as Single Cone and Double Cone. 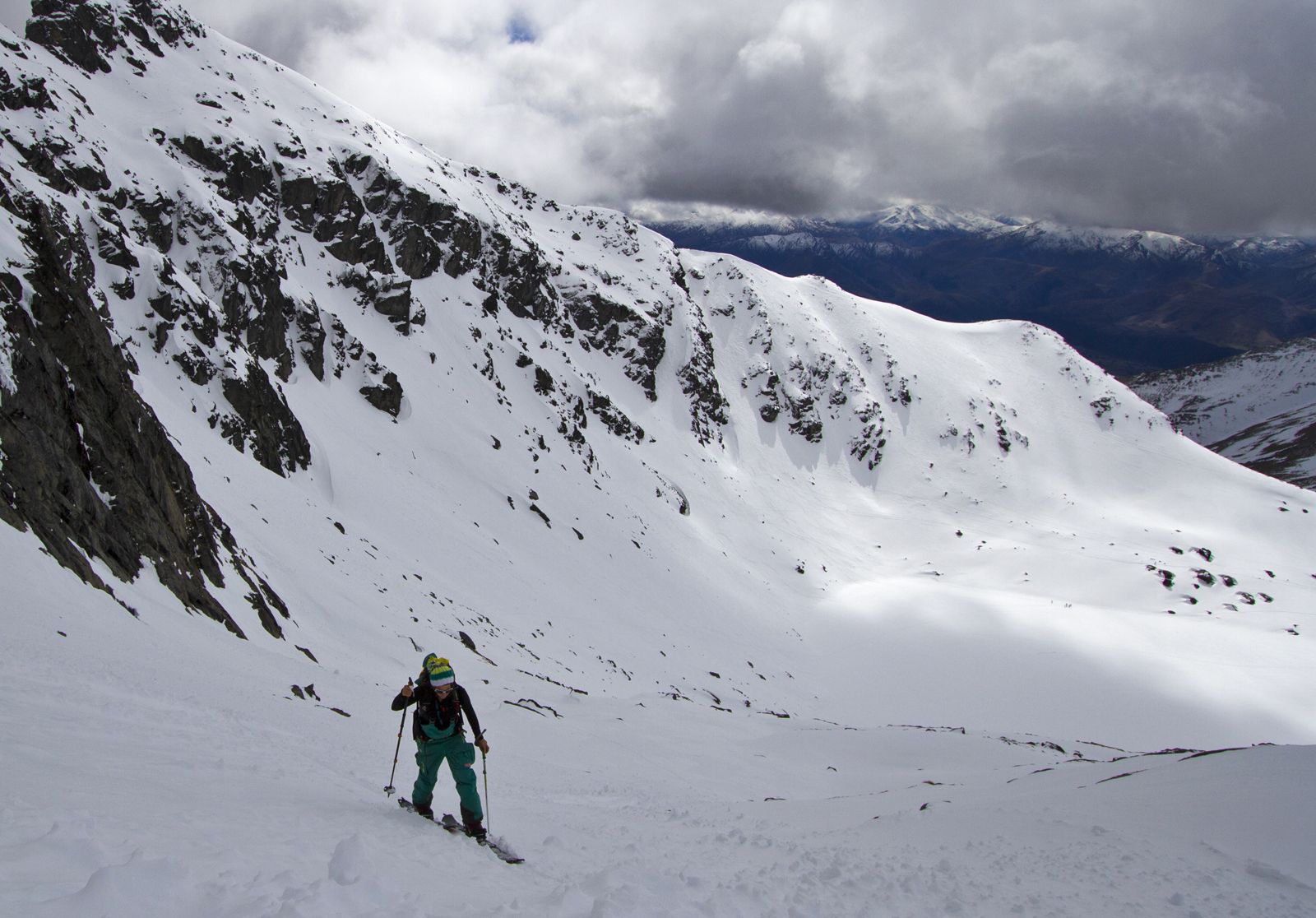 From the apron of the Grand Couloir you can see some of the Remarkable’s raddest inbounds terrain. The Elevator and Escalator chutes drop down to Lake Alta from the middle of the ridge in the background. The chutes are accessed via a short hike above the Shadow Basin chairlift. 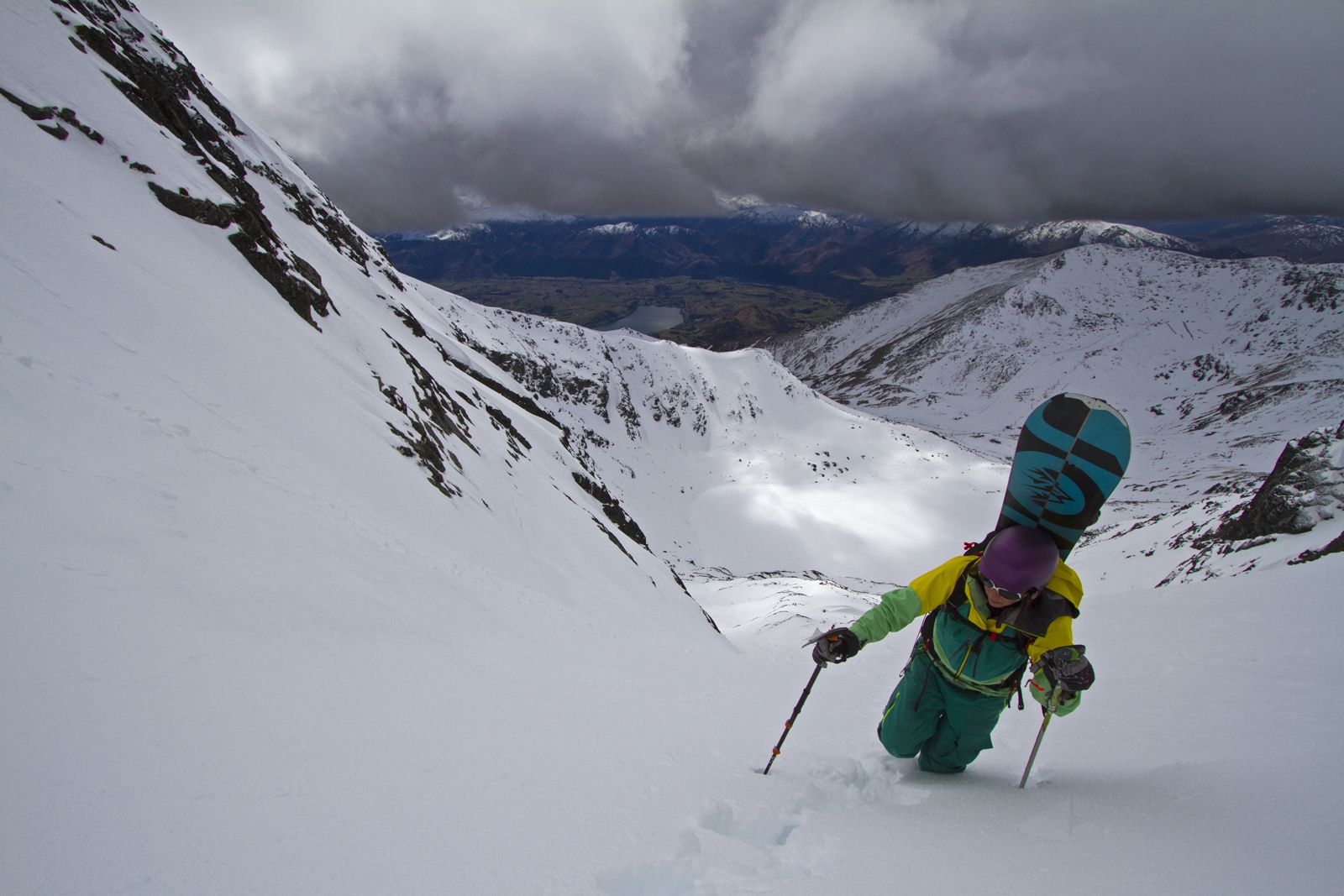 The Grand Couloir has a steep choke midway up that demanded we don the crampons and start booting. Here’s Allison past the crux nearing the top-out at the col. 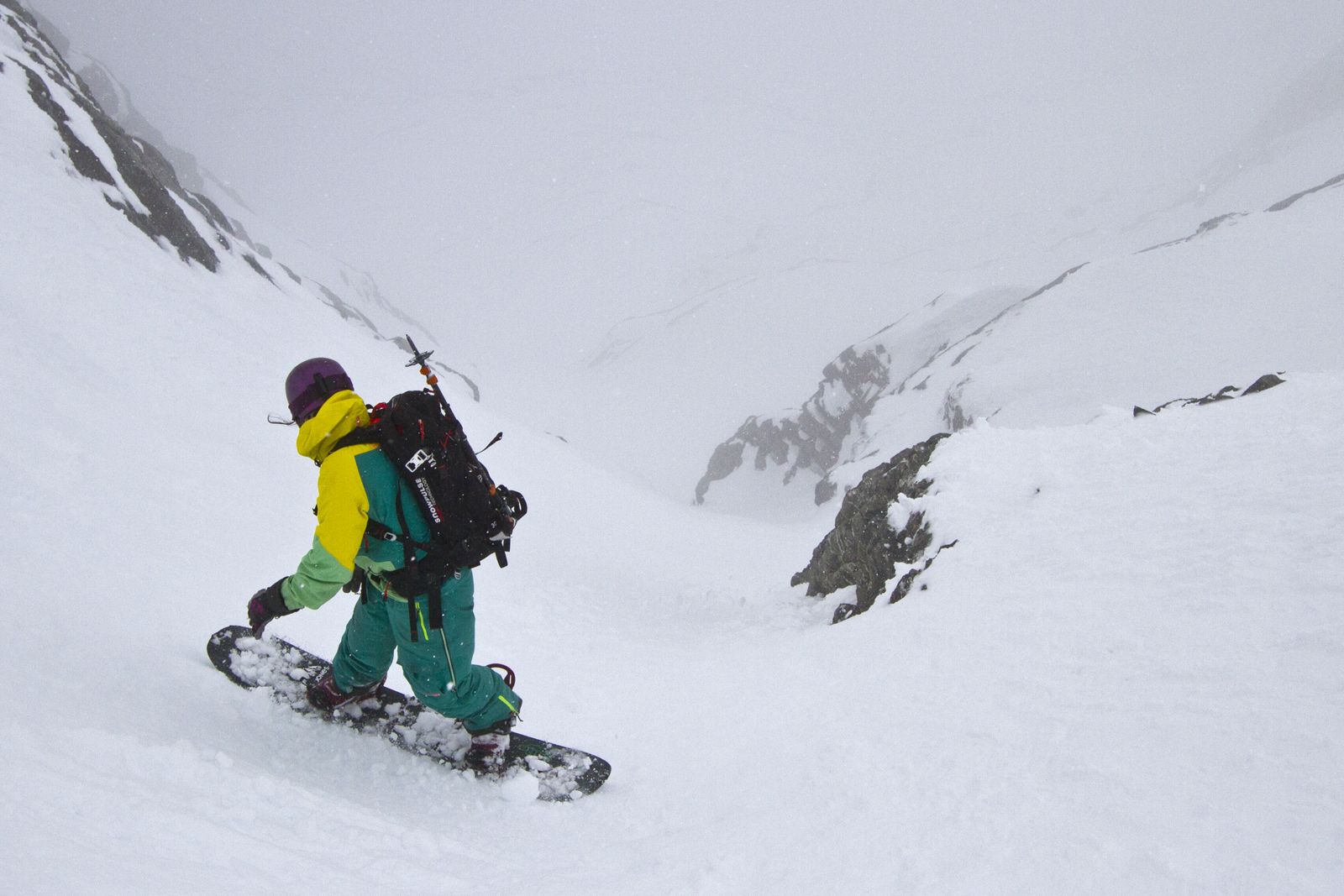 But of course, the clouds rolled in right as we dropped in. Visibility wasn’t too bad though and the rocky walls of the crux step provided added definition to the slope.

Our shred tour of the Southern Lakes would not have been complete without a day spent lapping it up at Cardrona Ski Resort. Cardrona is nestled into the peaks separating Queenstown and Wanaka and is about a 30-45 min drive away from either town. Burton’s High Fives contest was going down when we rode Cardrona so the terrain park was groomed to perfection. We were tempted to tour into the rolling bowls off the back of the resort but halfpipe laps were just too fun. 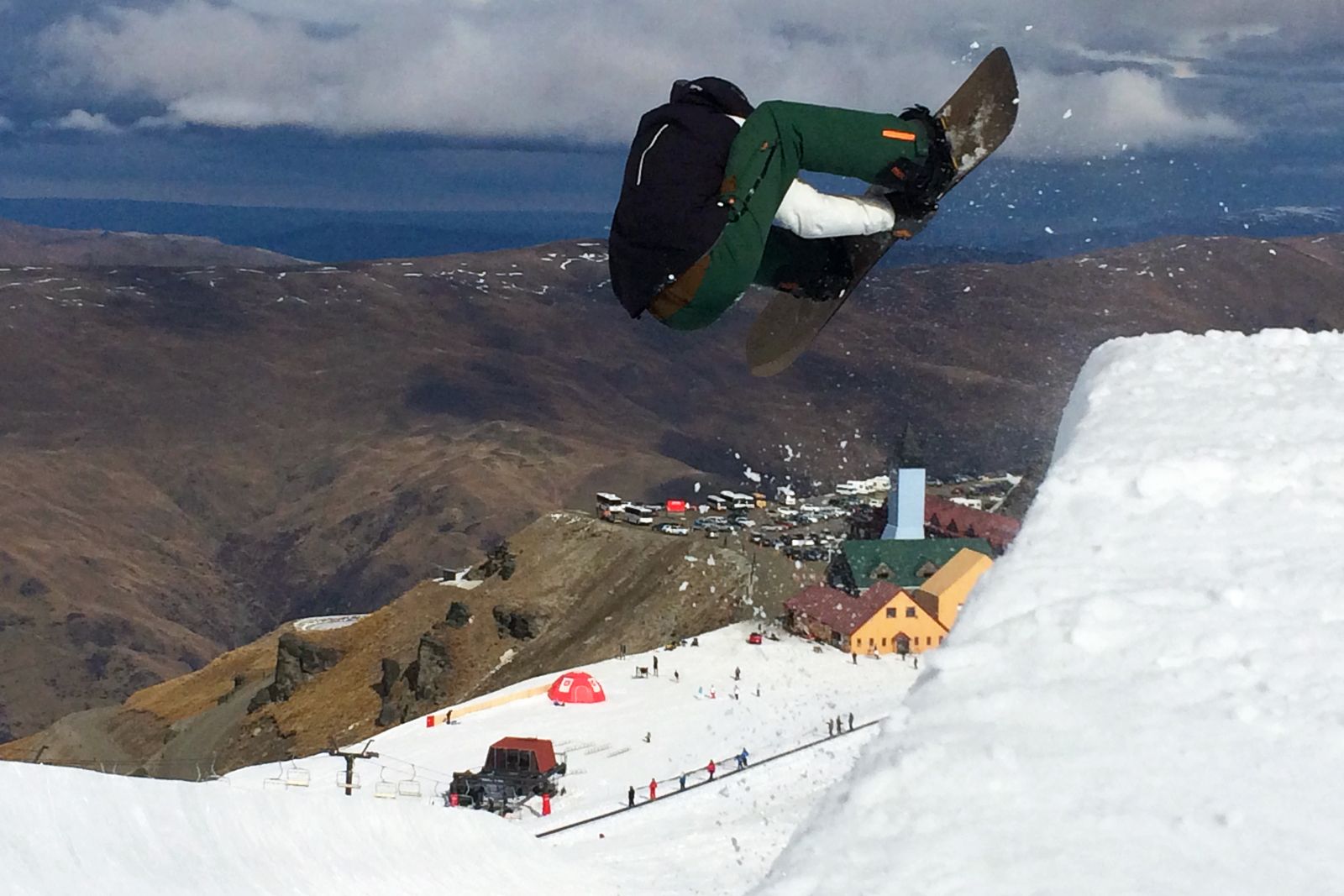