#ihearthovercrafting - History Of The Hovercraft

"I have been dreaming of this board for years…

A turbo charged pow board that melts afternoon chop like butter and floats so well it turns low angle stashes into full-speed features. My home mountain looks totally different riding the Hovercraft. I am constantly finding new hips and slashes in places i’d never seen before…" - Jeremy Jones

In seven winters the Hovercraft has gone from concept to cult following. Thousands and thousands of riders around the world believe in the unreal acceleration and powerful turning abilities of the Hovercraft and the art of "Hovercrafting" now transcends merely a board design. Hovercrafting describes a new way of riding terrain on a snowboard and for some, a way of life. 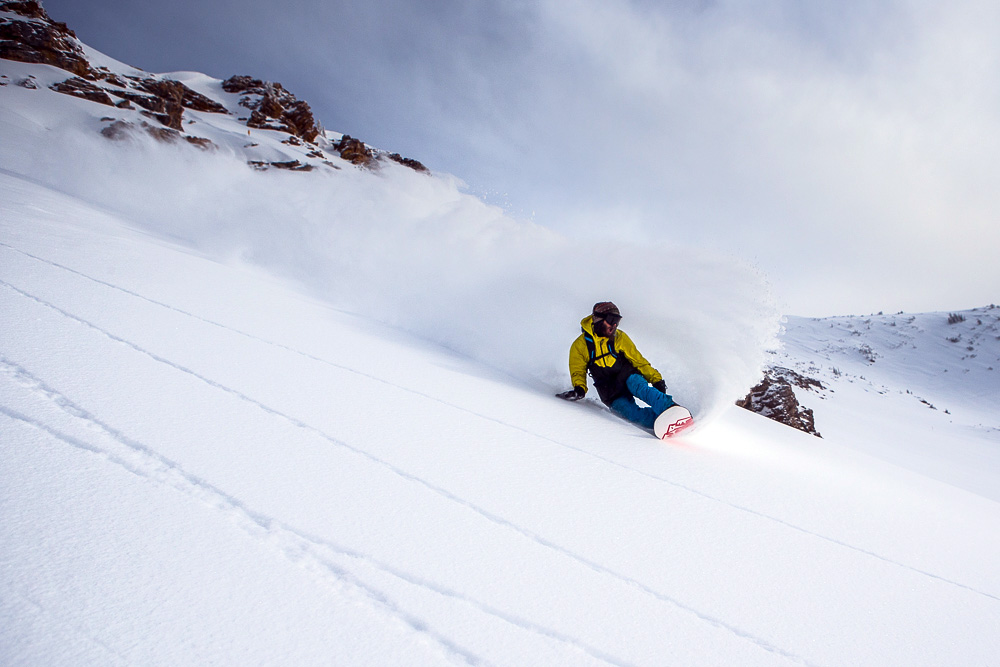 Sierra surfer Nick Russell is a Hovercraft disciple. The unique maneuverability of the Hovercraft amplifies the fluid lines that define his style. Photo - Andrew Miller.

The hashtag #ihearthovercrafting unites all those who understand this unreal pleasure of giving into gravity and floating down a mountain on a nimble rocketship. Jeremy Jones came up with that hashtag in 2012, but the history of the Hovercraft starts several years before.

In the winter of 2009, Jeremy began designing the first Jones Snowboard product line. The line plan that first year was inherently quite simple; a directional freeride gun - The Flagship, a splitboard - The Solution, a directional twin - The Mountain Twin, and a pow board - The Hovercraft. Every board in the line had a purpose and a unique personality. We still make all four of these original models and though they have evolved, all four still hold true to their original intention… with the exception of one. 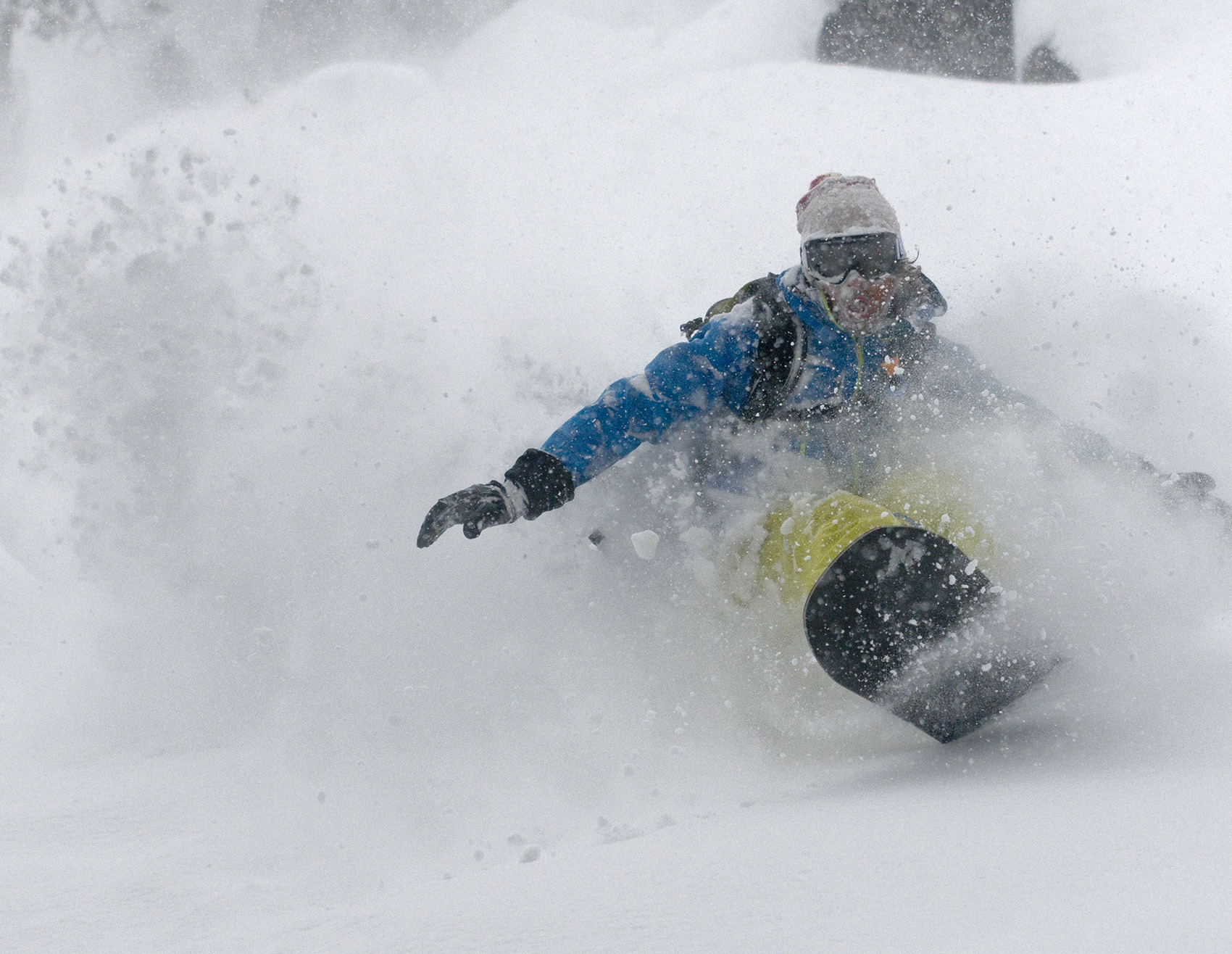 In February 2009, Jeremy Jones filmed a segment in Lake Tahoe for DEEPER riding the very first Hovercraft prototype. After blowing through four feet of Tahoe’s finest on a 156cm board and getting shots, the Hovercraft was locked to Jeremy’s boots for the rest of the season. Photo - Seth Lightcap

The Hovercraft is so much more than just a pow board. From it’s debut, Jeremy designed the Hovercraft to combine features of a traditional pow board with the features of a straight up race board. The blunted nose, gradual nose rocker and extra width offer insane float and the long sidecut plus camber between the feet allow the Hovercraft to hook up and rail like a Super G board. But the feature that really delivers the Hovercraft’s signature performance is it’s unique tail. The stubby, stiff tail drops in pow without you having to lean back and gives you a precision pivot point to turn around. The result is an explosive shape that floats like a board 6-8 cm longer, handles tight terrain like a rally car and best of all, virtually eliminates back leg fatigue. The compact shape also allows you to size down 5-6cm from your standard freeride board size. 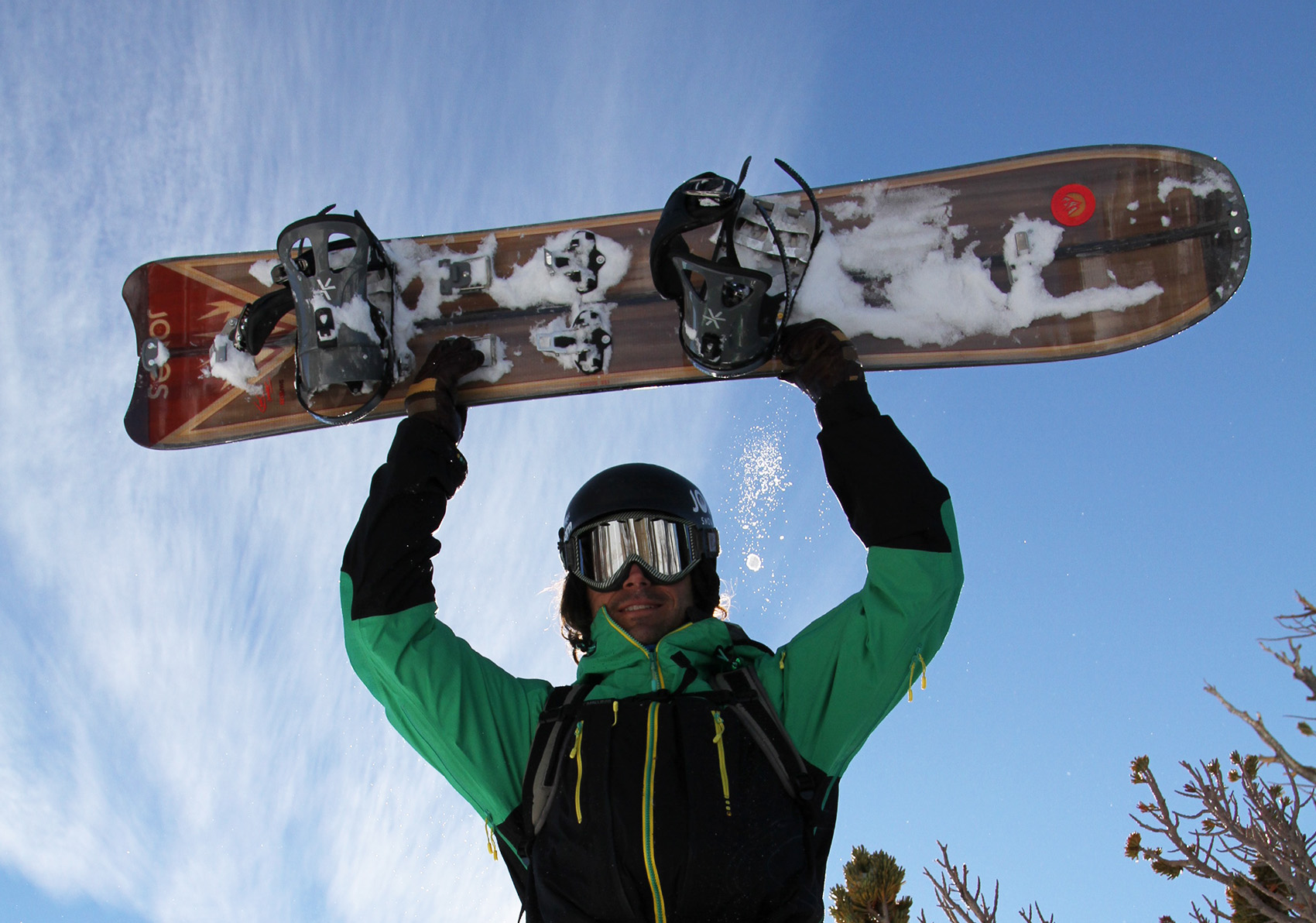 The Hovercraft split debuted in 2012. To no surprise, the Hovercraft is an ideal shape for a splitboard as it’s extremely agile in tight trees and the limitations of the directional shape aren’t noticed as much in the backcountry because you rarely ride switch. Once again, as soon as Jeremy got a Hover Split it became his go-to Tahoe splitboard. Photo - Seth Lightcap

We were not the first ones to design a square, tapered tail board. There were pow boards and race boards that came before that inspired the Hovercraft’s design. But in many ways, the Hovercraft was a pioneering figure in the modern era of snowboard design. When we debuted the Hovercraft in 2010 there were very few compact shapes featuring squared off tails. By 2013, every major snowboard manufacturer in the world was making a board that echoed similar design elements.

Stepping forward to our 2017 product line, we now make four models that share the Hovercraft’s basic shape and feature set - The Hovercraft, Hovercraft Split, Ultracraft and Ultracraft Split. All four of these models have significantly evolved from the original design and performance has followed suit. The new Hovercraft and Ultracraft solid models both feature 3D Contour bases with Spoon noses, tail wings and a speed channel between the tail wings. The edges of the Spoon nose are beveled up for improved float and turn fluidity while the tail edges are beveled up for less catch. In between the raised tail edges, the base is concave like a channel on a surfboard for improved glide. 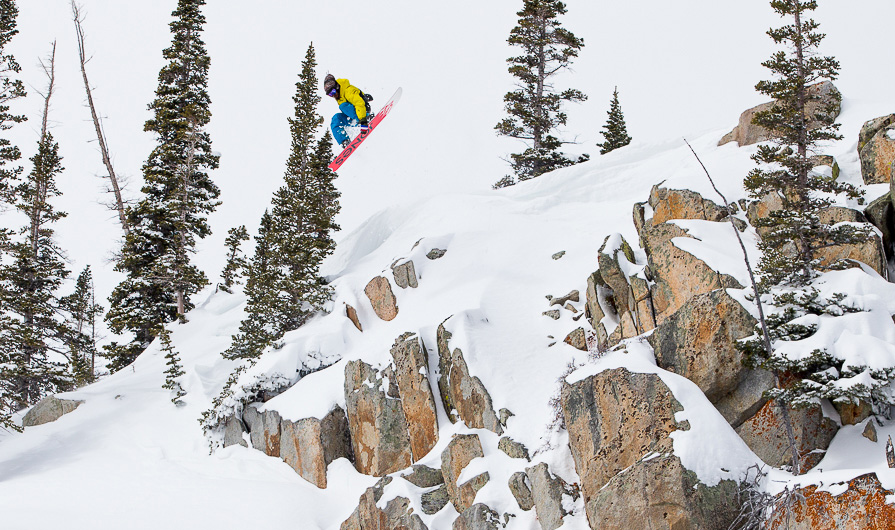 The main differences between the Hovercraft and Ultracraft splitboards is response and also weight. The Ultracraft is significantly lighter due to the advanced carbon materials and production technologies that define it’s construction. The carbon materials also dampen the board and stiffen it torsionally. The Ultracraft split also features our new Bolt-less bridge and Karakoram Ultra Clips that eliminate base hardware.

See our Sizing Guidelines to learn how to choose your ideal size Hovercraft or Ultracraft.